The latest update to the app (iOS) includes two major features you've asked us to add.

In every new release that we put out, we try our best to make the Photomyne experience the most enjoyable and most efficient possible.

The latest release (iOS version 16.0) includes major features we're excited to share with you. It's amazing how far the Photomyne app has come in the last year, and it's all thanks to users like you who shared their feedback and feature requests with us.

This one is huge. Instead of typing in all the details of an album, you're now free to simply record yourself (or someone else) telling the story of the album, who's in it, where it was taken, and what the photos of that album mean to you or your family.

Adding an audio recording is easy - here's how:

Another option is to simply down-swipe the album screen to reveal the recorder.

And yet another option is to scroll down the album page, and tap the Record audio thumbnail under your album's photos.

Next, simply tap the red recording button and start talking - you can create a recording of up to 1 minute. 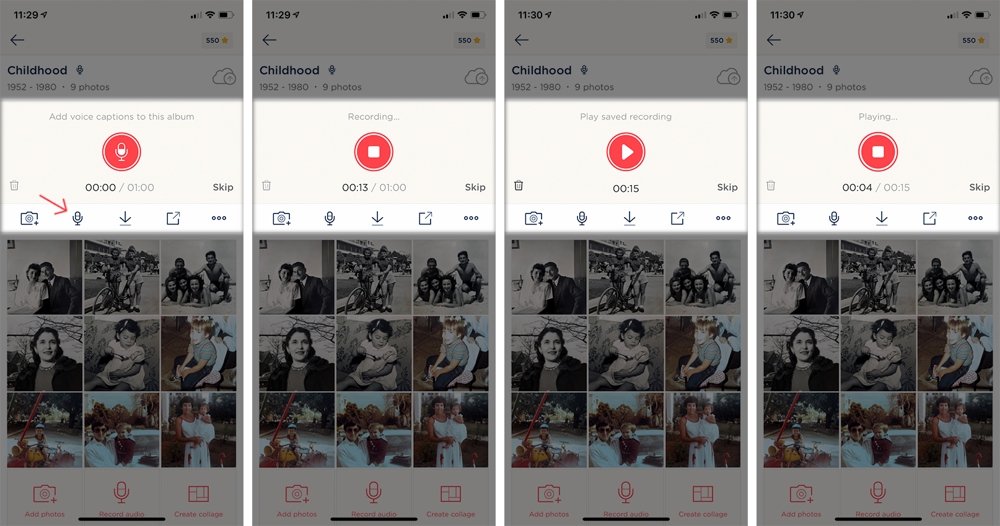 Once you've created a voice recording, that album will show a little microphone icon next to its title to indicate it. If you'd like to change the saved recording you're welcome to delete the existing one, and start over. 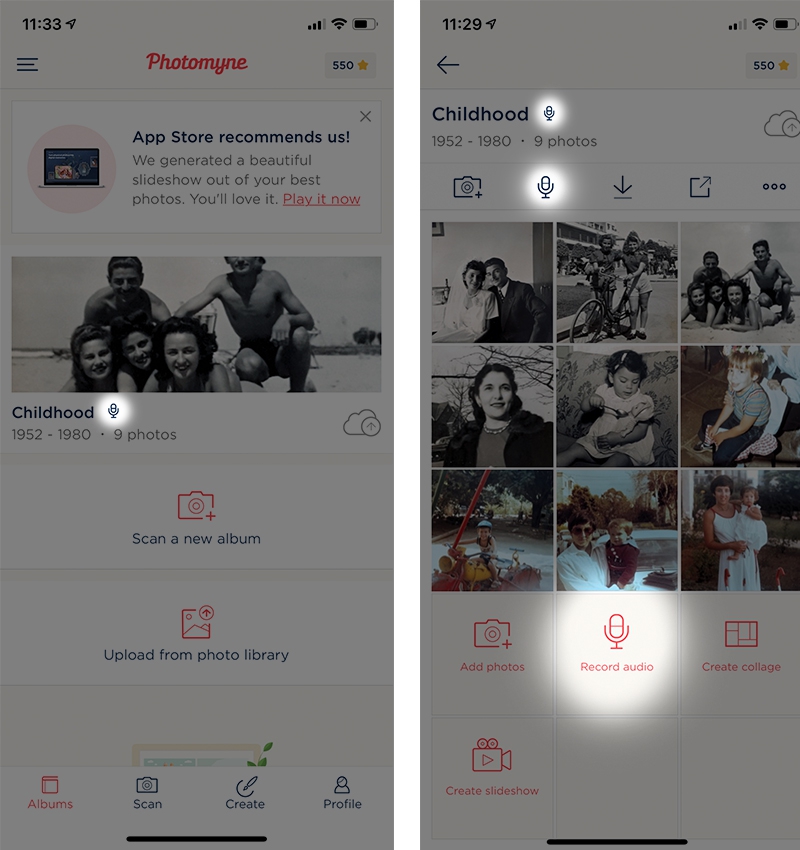 Adding an audio recording to albums adds a personal dimension to the photo memories it includes. We hope you will find it useful.

Create gifts and products with your photos

The app's bottom navigation bar now includes a Create tab where you can create beautiful things with your scanned photos. It's a combination of free and paid ways to celebrate your memories. 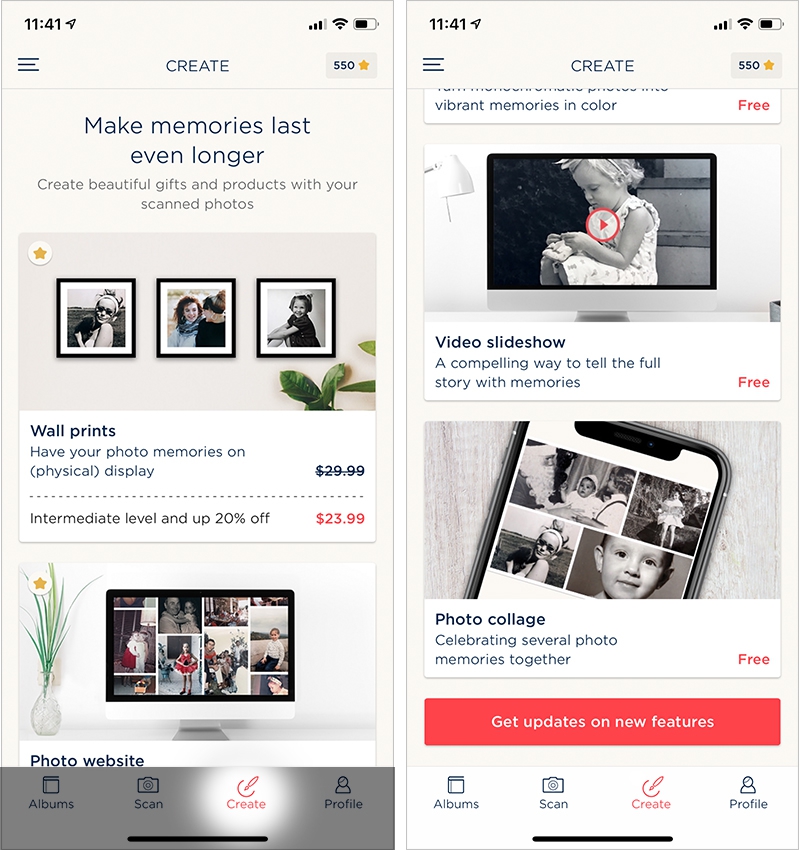 And if you've accumulated lots of points, you can score discounts. So go ahead and check it out!

We'd love to hear from you if you have any questions, or if you have some feedback on this latest update. Drop us an email at support@photomyne.com