A smart software that learned (yes, learned) to quickly and accurately detect images, and scan them in the best possible way

The technological process behind your run-of-the-mill scanning app might seem rather simple: activating the phone's camera and taking a photo of whatever is in front of it. For many scanning apps this assumption proves true.

But things get a lot more complicated when the object being scanned is a physical photograph. How to differentiate the photo from its background? How to detect its edges so as to know where to cut off the non-photo part, leaving just the relevant visual content and discarding the rest? And what about multiple photographs appearing in one view? This calls for a whole different kind of computation process. One that can make independent calculations, reach conclusions, and take action accordingly - all in real-time. 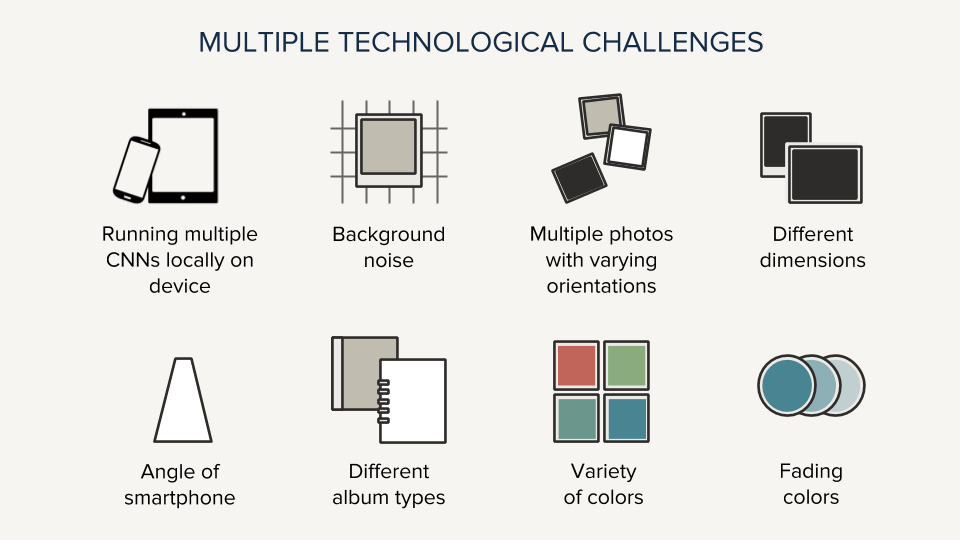 THE CHALLENGES OF PHOTO SCANNING WITH A HANDHELD DEVICE

Using your phone to take a photo of a photo does transfer the physical into digital, but it has its drawbacks: you would need to manually crop each photo taken, and you can only do this one photo at a time. In addition, it is almost impossible to ensure that the captured photo is as straight as its physical original.

If all you need to digitize is one or two photographs, this manual process might be sufficient. But this method falls short, as most families with analog photo albums will tell you, if that number is in the 100s or even 1000s. To address the latter using a handheld device, a much more complex scanning process is required. Photomyne invested considerable time and research into developing such a software, and it involves Artificial Intelligence technology.

The term Artificial Intelligence (A.I.) is not new (first coined in 1956 by John McCarthy). These days it gets thrown around quite a bit. It's a general term that can mean different things depending on the machine-run process in question.

Under the general A.I. umbrella there is, among other subsets, the deep learning network that "attempts to mimic the activity in layers of neurons in the neocortex [of the brain]," according to the MIT Technology Review.

ANN is essentially a software that can "learn" to perform tasks by surveying examples from provided data.

In the context of scanning photographs, Photomyne has trained several deep learning networks to facilitate and address the challenges of photo detection and cropping mentioned in the beginning of this article. Here is a breakdown of the different algorithm components that make up the unique, super-smart scanning process in the Photomyne app.

1. THE FINE LINE BETWEEN PHOTOGRAPH AND BACKGROUND

How do you make a software successfully and consistently differentiate between a photograph and the area surrounding it? An officially-awarded Photomyne patent, the first part of the scanning process in the app is based on a deep learning network that taught itself to detect an image, "understand" where its boundaries are, and where the background begins (ex. the table surface or wall behind it).

How did we do it? We helped a network train itself to recognize complex patterns of photo detection. We fed it with data from large numbers of real scanned photos with clearly (manually) defined edges. Following a training process of several weeks, the network started to pick up the "right" or "accurate" way to detect a photo's edge. 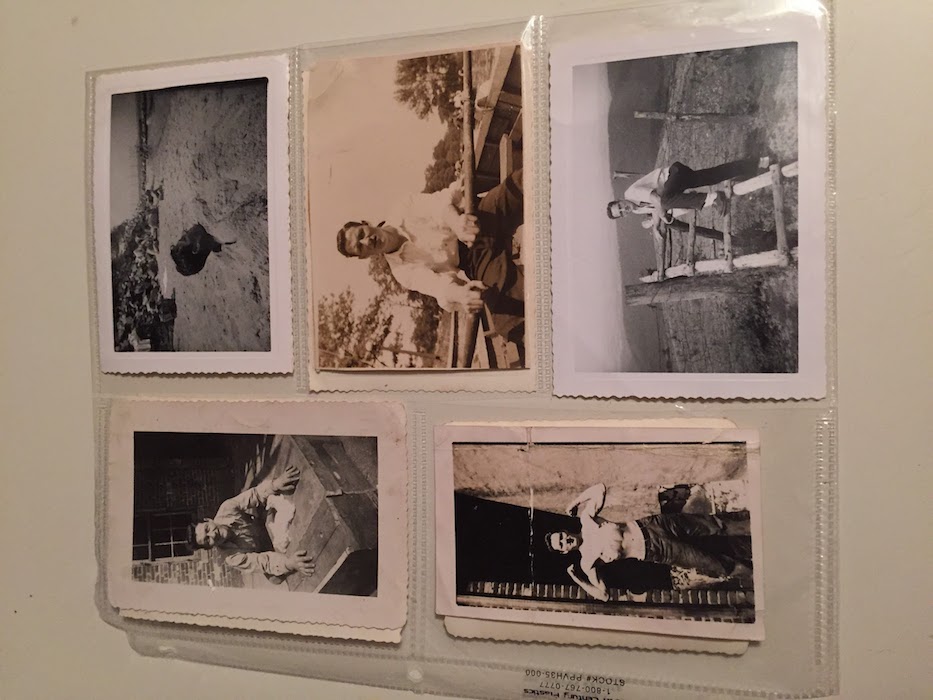 The starting point: a shot of an entire photo album page at a 90-degree angle 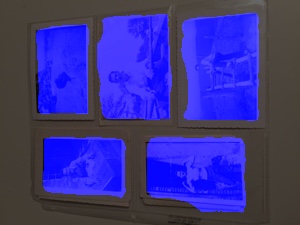 What the scanning algorithm computes as the photograph part within the image taken by the camera - i.e. detecting the photos' edges

A couple of years and heaps of more photos later, this deep learning network component of the app's scanner is 92% accurate in deciding for itself what each new scanned photo's edges are, and cropping it accordingly. The same accuracy is maintained even when the scanned objects include various photo album types, materials, and photo dimensions the scanning algorithm is encountering for the first time. 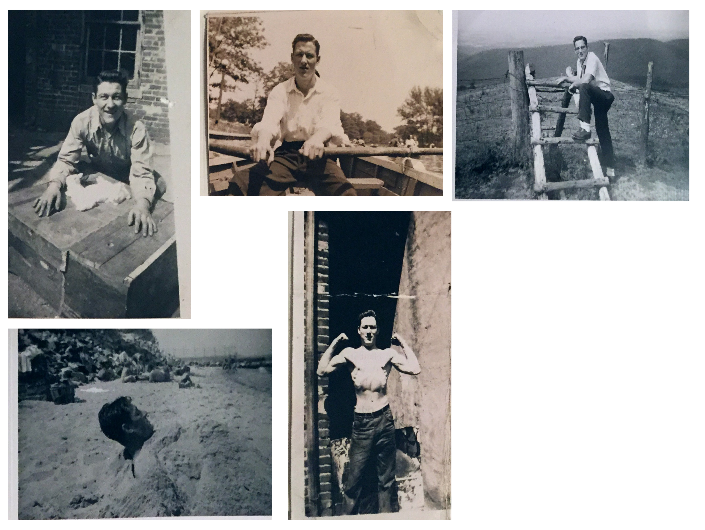 The vast majority of people using their phone to scan photos hold their device at an angle (even if they do their best to hold it as parallel as possible to the photographs). This produces a rough, trapezoid input to work with. To tackle this challenge we developed a perspective-correction mechanism that is embedded in the scanning process.

After defining each photo's boundaries, the scanning algorithm proceeds to translate each photo's form into a trapeze shape that goes through a perspective correction - a necessary step for producing the end result of straight, rectangular shaped photos.

In other words, the scanning algorithm knows how to straighten the photos while maintaining the right proportions, regardless of their initial tilt.

Following the perspective correction of the visual input, the app's scanning algorithm moves on to identify which photos, if any, need to be rotated.

The ANN we trained has taught itself to know what is "up" vs. "down," that skies are on top and ground is on the bottom. If it identifies a photo that needs rotation, it does so automatically in increments of 90 degrees.

This sophisticated technological capability is the result of training a deep learning network by feeding it with real data - in this case, photos that were manually rotated to represent the correct (that is, humanly perceived correct) orientation of photos.

See it all come together

4. IN THE WORKS: COLOR RESTORATION OF FADED COLORS

This fourth component of Photomyne's scanning algorithm is still in the oven, but it's an especially exciting one. Old analog photographs often lose their color vividness over time, resulting in faded colors or the formation of brown-yellowish tint that has come to represent the vintage look and feel (no wonder Instagram uses it as one of its retro filters).

We are currently working to train yet another ANN to identify such photos and to automatically correct faded colors as organically as possible.

These critical components make the scanner by Photomyne the sophisticated, effective and yes, thinking mechanism that it is.

Thanks to these capabilities, digitizing analog photographs -whatever the quantity- is rendered a seamless process using nothing more than one's handheld phone.