Bring Your Memories Together From Within Photomyne

Photomyne’s apps work best together. See how to use Photomyne and its sister apps to make the most out of your scanned and saved photos.

Celebrating your family and preserving memories doesn’t need to be complicated - just ask the millions that have jumped into the wide world of Photomyne. Photomyne’s apps are the perfect solution to a digital future for those snapped moments so you can cherish every smile-inducing minute of the past once again.

Each app uses its own touch of magic for a fresh take on old photos and has its own place within the Photomyne ecosystem. However, they can be an even greater asset complementing one another to provide for a seamless sanctuary of your most treasured memories.

Your first steps into the Photomyne universe could have come in myriad ways as each individual app serves as a piece of the family nostalgia puzzle. FilmBox and SlideScan users know how exciting it is to turn the images lost in antiquated photo mediums into something tangible that can be shared with the whole family. It’s no different than the feeling of injecting black and white images with color for the first time with Colorize.

Many of you have even explored multiple Photomyne apps, including the Photomyne app. Fortunately, it’s possible to connect the memories saved in these separate apps with one another for a holistic solution to preserving generations of family history.

Please note - this is currently for iOS only

The time-hopping excitement from digitized and colorized photos can continue in even greater detail when shared into the Photomyne app. Those images can all come together safely to tell your full story in one location thanks to Photomyne’s extensive features.

Arranging photos in albums
One of the biggest advantages of transferring FilmBox, SlideScan, and Colorize images to Photomyne is the ability to arrange your memories in albums. By adding them to albums, organizing generations of photos can be as detailed and subdivided as you desire.

Browsing becomes a cinch when using albums as benchmarks throughout your life and family history. Plus, those colorized photos of grandma’s 30th birthday party can live together with the slides from the same occasion.

Adding details to photos
Not only can you give more context to your photos in albums, but you can also add details to each individual photo. Dates, descriptions, locations, and names make those photos memories feel like yesterday. Let those stories live on as you become the troubadour of your life.

All your hard work should make viewing your colorized photos and scanned photos, slides, and negatives as easy as possible. Transferring photos to Photomyne does exactly that, making every moment in yours and your family’s lives accessible from the convenience of either your phone or your computer.

Once you’ve scanned those slides and negatives and colorized your black and whites, it’s easy to share them into Photomyne. Here’s how: 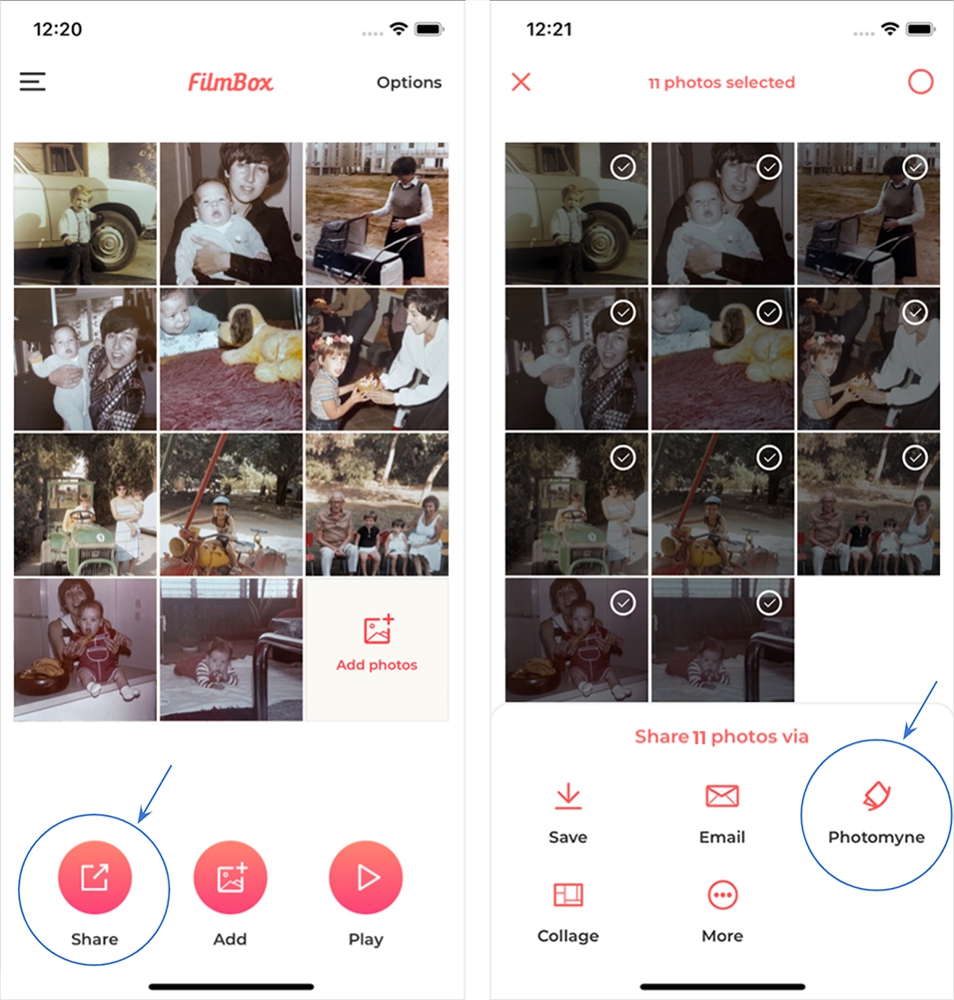 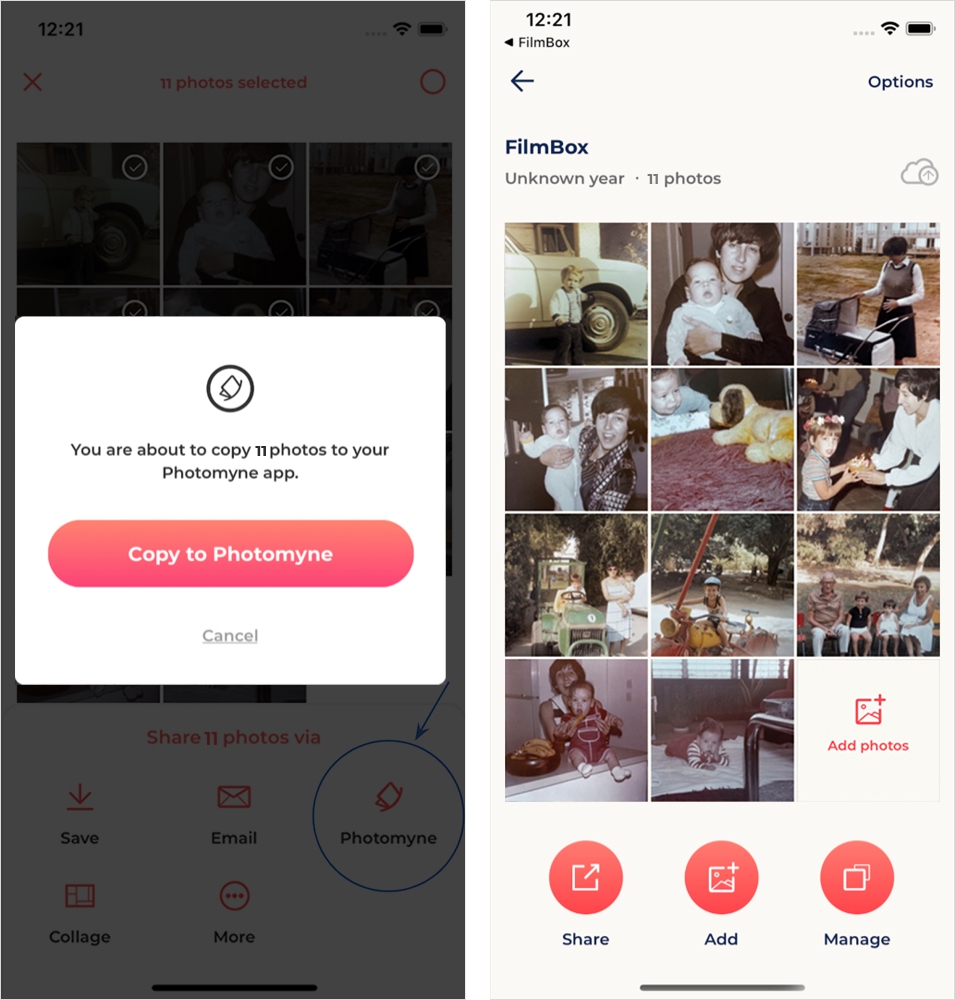 After the transfer finishes, those selected photos will appear in your Photomyne app together in an album named for your app (i.e. if transferred from SlideScan, you’ll see a SlideScan album appear in your Photomyne app). Just click on the album and the photos inside it to start sorting and adding details to continue filling your archive of memories.

Looking to explore the rest of the Photomyne suite? Take a look at all of our exciting apps.

If you have any questions on how to move your photos from one app to another, please contact our support team for further assistance.