Before The Next Natural Disaster Strikes: Secure Your Old Photos

Ensure family memories are disaster-proof — today and in the future

Photo above: A Houston, TX man looks for important papers and heirlooms inside his grandfather’s house after it was flooded by heavy rains from Hurricane Harvey on August 29, 2017 (Atlantic.com). Credit: Eric Schlegel/Getty.

Hurricanes Harvey, Irma and Maria. Mexico’s recent earthquake. Puerto Rico’s power outage and flooding. It seems we haven’t seen the last of 2017’s natural disasters yet. Millions of people had to evacuate their homes and look for shelter. But among the endless stories of devastation, hope, and survival, there’s yet another issue worth addressing before the next disaster strikes: preventing your family photos from being destroyed.

Millions of evacuees prove: It COULD happen to you

A call to evacuate an area in the face of a hurricane or flood sends people to grab for the things they hold dearest: infants and the elderly, pets, maybe even cash and jewelry. All these things are, indeed, essential. Yet there’s one more thing that’s as irreplaceable as a diamond ring or the family dog: the family’s old photo albums = rare and unique family stories whose only copy is their analog, paper form.

Lose these to a flood and what will you have to show for years later, when grand-kids ask questions about your family’s history? Nothing. Your legacy? Gone. If you think there’s nothing to worry about, that losing your family’s most important treasures won’t happen to you, think again. Just ask any of the 5.5 million people who had to evacuate Florida in the face of Hurricane Irma (that’s about 25% of the State’s population) if they thought this would happen to them. 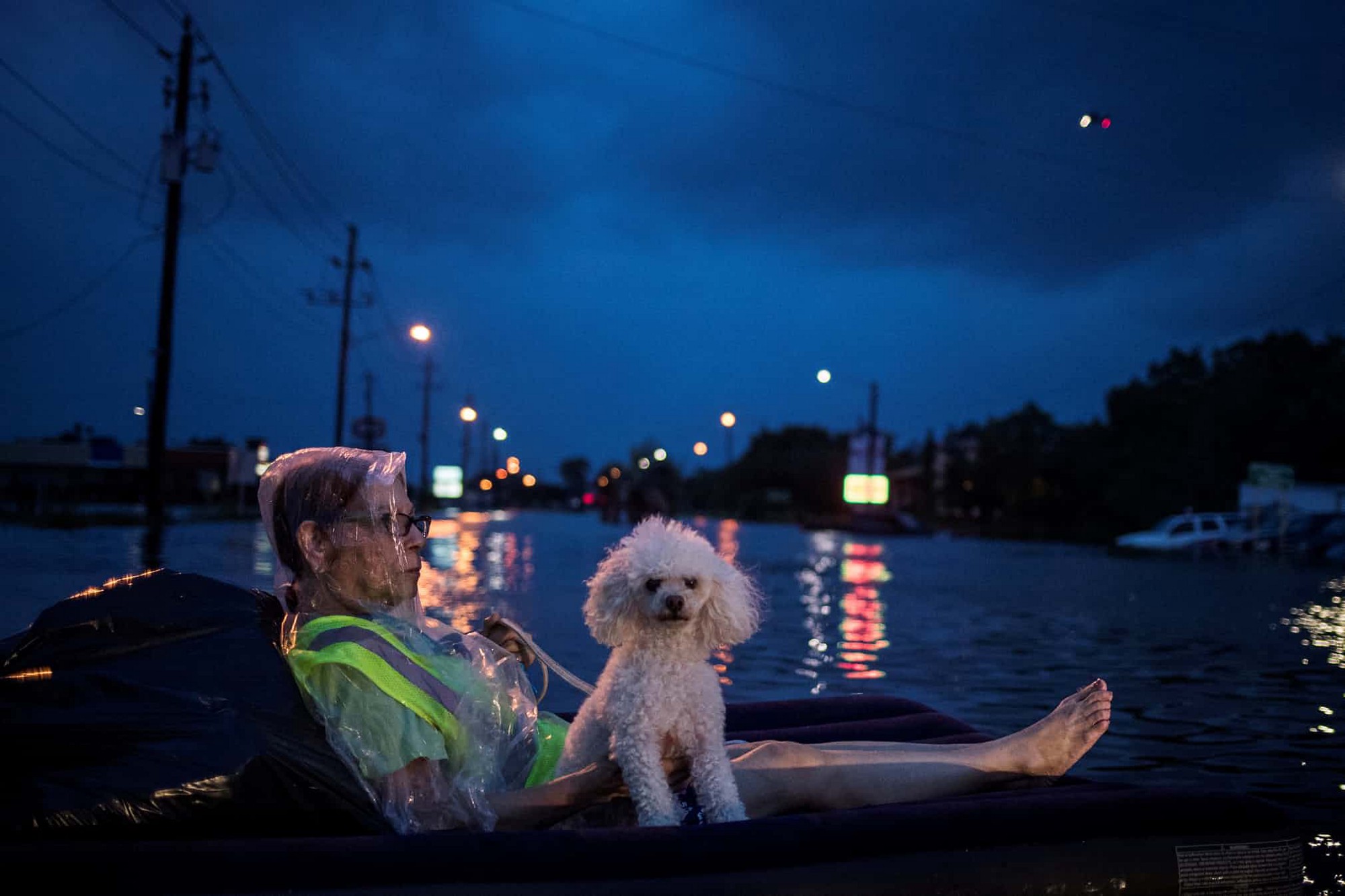 An elderly woman and her dog, on a mattress, waiting to be rescued from Scarsdale Boulevard in Houston, Texas after Hurricane Harvey caused massive flooding. Photo: Adrees Latif/Reuters

These days it’s very easy to scan and save your old photos and photo albums. There are digitization services such as ScanMyPhotos.com , photo scanning apps such as Photomyne’s Photo Scanner, or you could even do it yourself with your phone’s camera (although that’s the least efficient way). The options are many, and not taking advantage of them is simply foolish.

Whatever method you choose, do it now before it’s too late. Once you have those digital files secured and uploaded online, your family’s photo memories are safe forever, no matter what happens. Because, when it boils down to the harsh truth, it could happen to you.