Behind The App: Interview With Natalie, Photomyne's CPO

In a special interview originally published on The App Store, Photomyne's co-founder and Chief Product Officer Natalie Rodrig Verter gives us the inside scoop on how the company came to be and why it's so valuable.

Documenting our everyday lives on our devices feels very natural these days, but until not that long ago, people visited a photography studio to take a good family photo. The effort and stories behind these images make them even more valuable, and something worth preserving and celebrating.

The Photomyne app was created just for that. Powered by clever and effective technology, it invites people to scan physical photos, then digitize, colorize and edit them in just a few clicks. “Today, we tend to capture even the silliest little moments,” says Natalie Rodrig Verter, chief product officer and co-founder of Photomyne. “But if you look back 20 years – it’s a different story. “Most of us born before the year 2000 only have a few family photo albums. When coming up with the idea for the app, we realized that every iPhone could become a powerful scanner, allowing people to digitize and engage with these precious photos.”

Photomyne’s apps have revolutionized how we interact with photos, giving them a second life outside of the dusty albums we rarely open.

While Photomyne revolves around private moments, the team discovered that we all have more in common than we might think. “At the end of the day, people all over the world share similar milestones – a baby’s first step, birthdays, and weddings,” says Rodrig Verter. 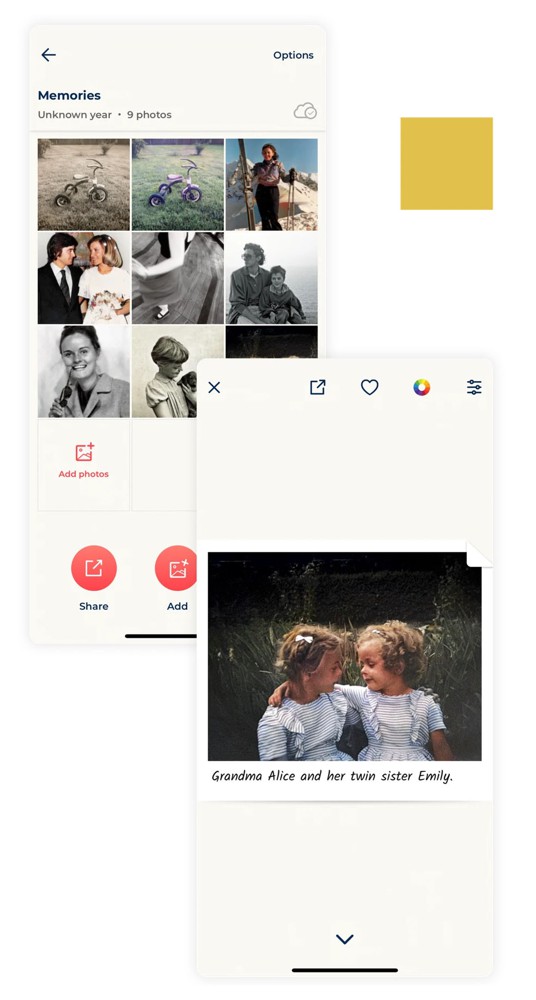 “The ceremonies may look different, but they have similar sentiments behind them. It’s moving to think of all the things that unite us as people, while appreciating the different cultures.”

Photomyne’s strong emotional value surprised Rodrig Verter. “People told us that, thanks to the app, they learned more about their family members. They shared that going through old images helped awaken memories in the elderly. It became even more meaningful during lockdowns [due to COVID-19]. People used their time at home to go through photos and connect with family members they couldn’t meet. We found that using the app has a true healing power.”

In a male-dominant and technical field, it’s still rare to find a woman designer co-founding an app. But this felt very natural for Photomyne’s ambitions. “Technology is not the goal, it’s a means to an end,” Rodrig Verter shares. “Photomyne wasn’t created for a certain gender or even a certain generation, so it was always easy for me to relate to it.” 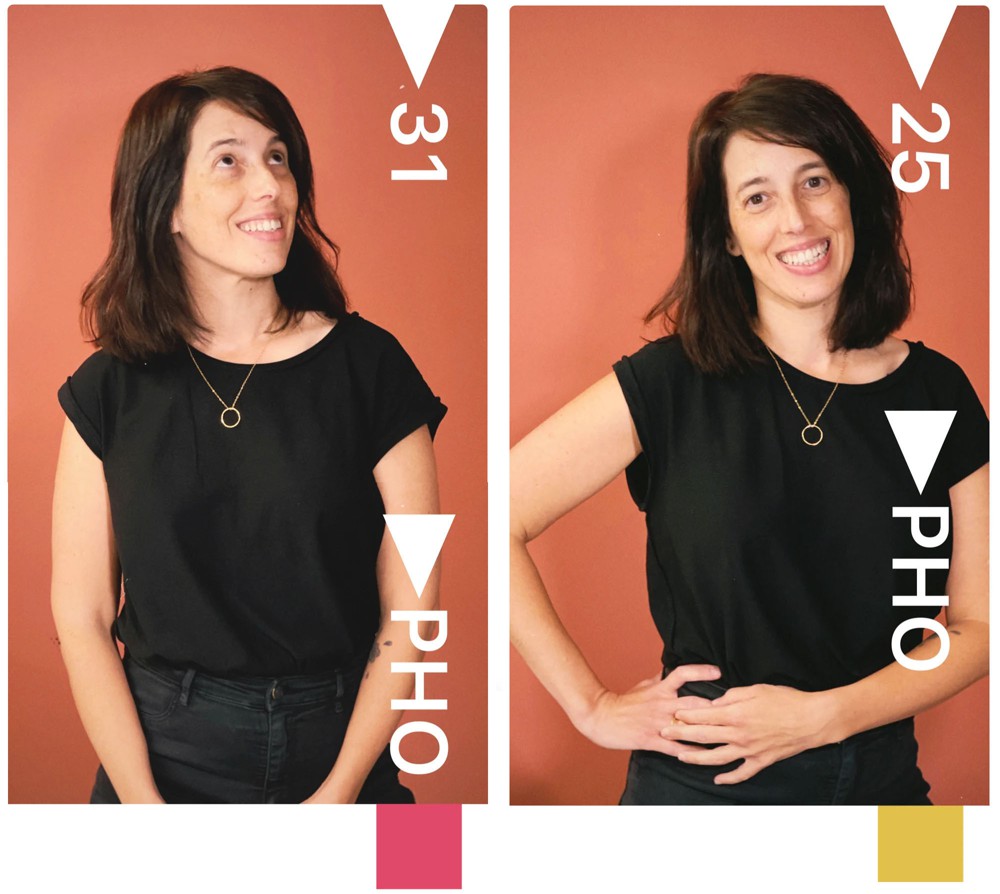 “Our technology is very mighty, but we want the product to almost feel low-tech and be very easy to use. Many of our users are actually older women. We call them the Chief Memory Officers of their family, keeping everyone connected.”

Technology wasn’t always the clear career path for Rodrig Verter, who wanted to become a fashion designer as a child. “I started studying fashion before realizing I mostly enjoyed sketching. I changed my major to interactive design, which was a very new field back then – before the launch of the first iPhone. After university I worked at a design consultancy company, creating user interfaces for banks and insurance companies. A few years later, while working at HP, I met Nir Tzemah, Photomyne’s CEO. He wanted to launch a start-up, not even knowing in which field. He gathered a group of talented people and we started thinking of different ideas. That’s when Photomyne came to life.”

Today, the company offers several additional apps that will allow you to create a photo family tree, scan old slides and even determine which family members look most alike. With FilmBox, for example, you can scan old negatives and save them as digital images. With LifeShow you can make slide shows with animated timelines for some true nostalgia.

“Once photos are scanned and digitized, the options are endless. We even have a subscription plan for those who want to back up photos, sync them with different devices, record audio of the stories behind them. We realized that the tools we offer are not just practical, but a home for your memories”.