After years in Australia's offshore shipping industry, Dick Lowry couldn't let decades of old photos and memorabilia be thrown out. Instead, he helped found OSSA and used Photomyne to save those memories.

Dick Lowry was hooked immediately after heading out to sea for the first time. He was 15-years-old but he’d seen enough. Half his life later, the master mariner retired after a career on offshore supply vessels towing oil rigs and servicing oil platforms, the last 25 years as a captain.

However, before a mass collection of photos and memorabilia from his and Australia’s shipping past met the inside of a garbage can, OSSA (Offshore Specialist Ships Australia) came into existence - a museum commemorating the industry. Fortunately, they found a handy little app (spoiler: it’s the Photomyne Photo Scanner) to manage their archives. Take a look at our interview with Dick about how Photomyne’s helped them celebrate and share Australia’s shipping past.

We came into being when there was a downturn in the oil industry in 2015 in Australia. Melbourne was really the hub of shipping companies for the oil and gas industry and they all closed up very quickly or retreated to Western Australia. 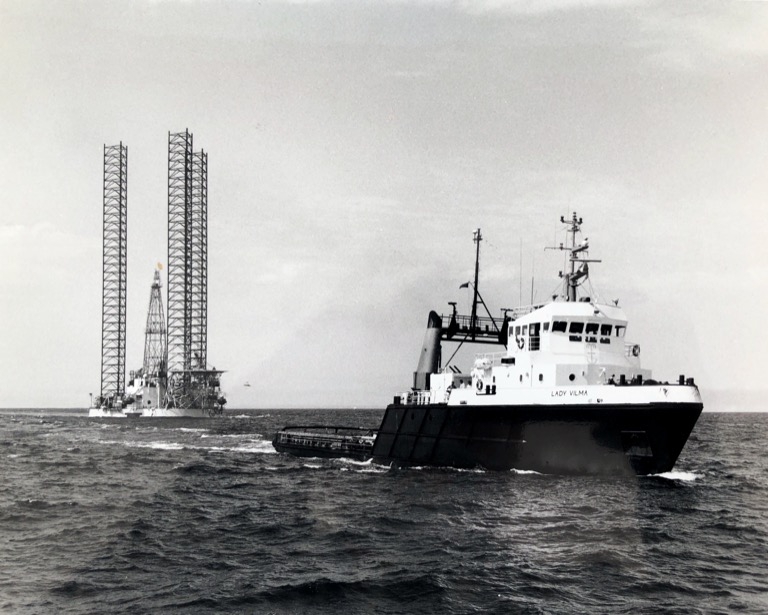 The secretary for one of those companies rang some of the retired office staff and said, "Look, all the memorabilia has been thrown out because we've got to leave the office so quickly. They're dumping all the photos, all the photo albums, they're all going in a big skip - the ship models, paintings, etc will be lost." It was really a ton of Australian offshore memorabilia starting in the late '60s in the Bass Strait.

OSSA, Offshore Specialist Ships Australia, sprung up out of that group rescuing all of those artifacts. Of course, at the moment our museum is closed. We have a space in the Mission to Seafarers Victoria but we're still very young and have yet to find a definitive home where we can be open to the public as a genuine museum. 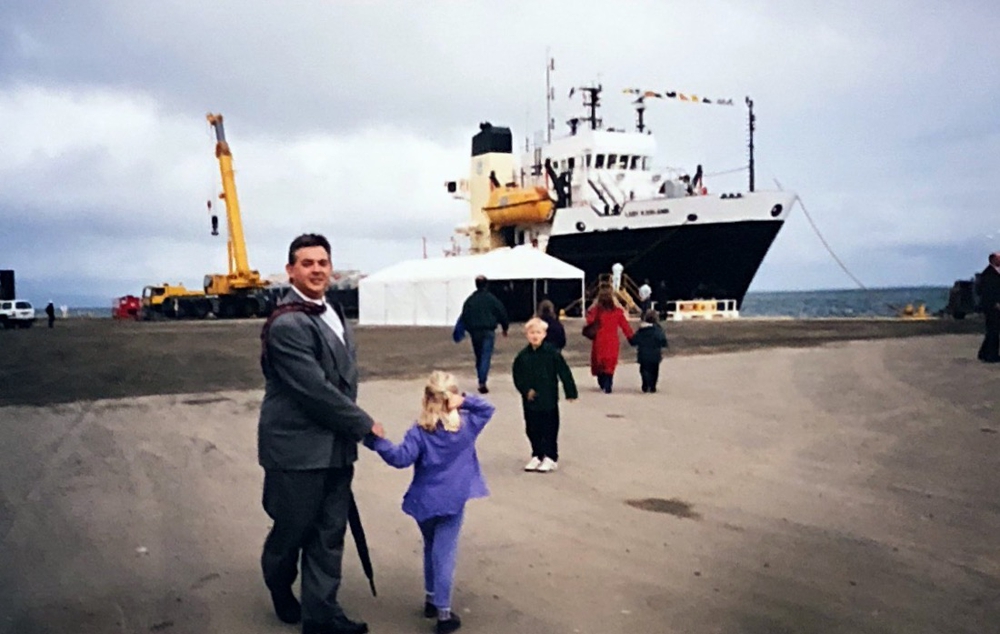 We've had what we call pop-up exhibitions where we go to other maritime museums around the state and put a display on for three or four weeks in their museum. We've had a couple in the Mission to Seafarers Victoria itself, and we had a large exhibition at a library at The Dock in Melbourne.

Getting started with scanning

We took over all these photo albums going back to 1965-66 of the history of the offshore oil industry in Australia. We had to find a way of preserving all those albums when one of our members said, "Oh, have you seen Photomyne? It would be perfect" So, we downloaded the app, and then we started scanning. We were really excited when we found that Photomyne really fit everything we needed to record and preserve those photos. 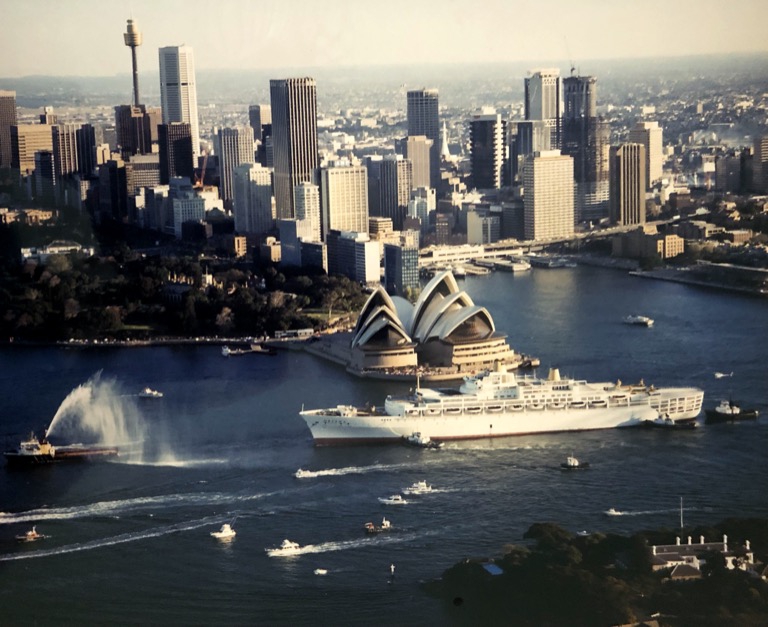 It's been brilliant for us really. I think we've got about 1,500-1,600 photos on Photomyne at the moment but I envision we will have a lot more. The beauty of the family site is that our large community of members can have a look and edit. They could see a photo and say "I was there. That was that rig shift moving from Darwin down to Dampier in '78 or '79." It’s kind of like Wikipedia for photos. People can upload a photo and add a narrative to it then it comes back to us for approval before everyone can see it. 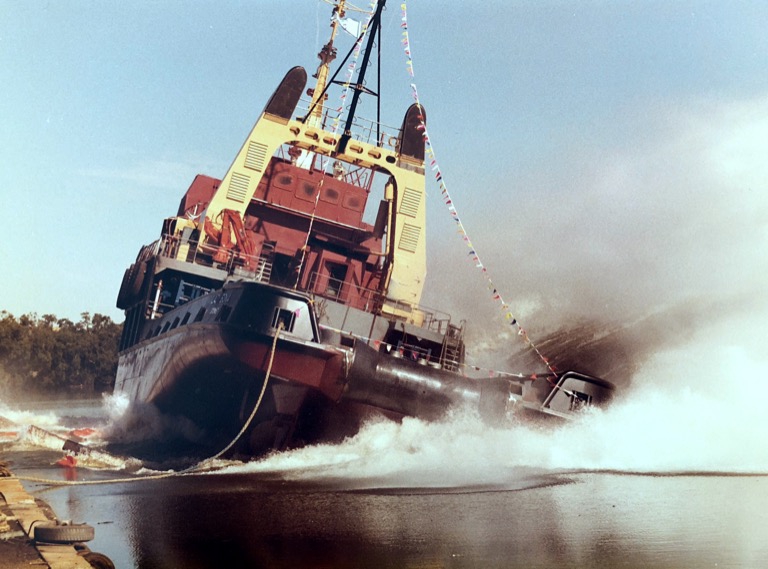 Having been in the industry for so long, it's been really interesting when someone uploads a photo of a ship that you've been on, or of crew members that you've sailed with from years ago. You've forgotten their names, but then you say, “Oh, who's that?” Then somebody adds details of who's in the photo and it all comes back to you.

We started off as a small group and we've developed into so much more. In the space of three years, we've added 12 committees, including committees for educational programming, career development, and virtual tours. We've even got two groups that are advising the government - one on training Australia-wide for the maritime industry, and another advising local government on maritime heritage in the port of Melbourne.

And that all started from, "Let's not let these photo albums be thrown out." 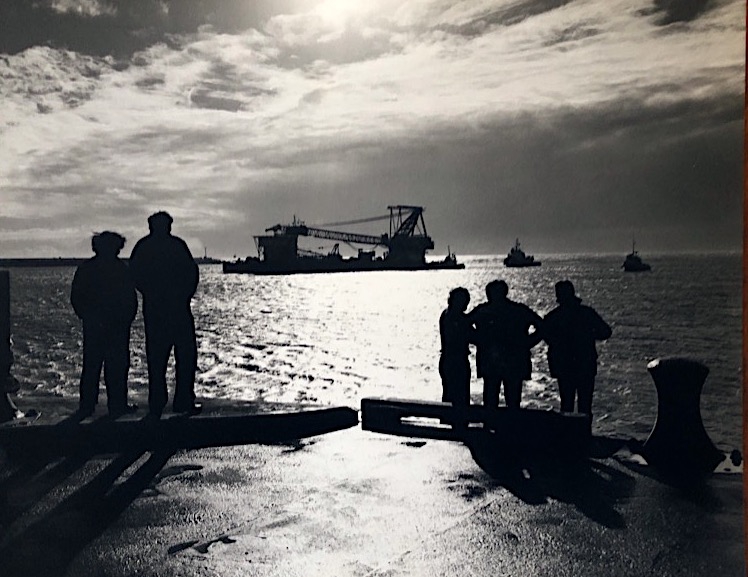 All photos via OSSA
Note: interview edited for clarity