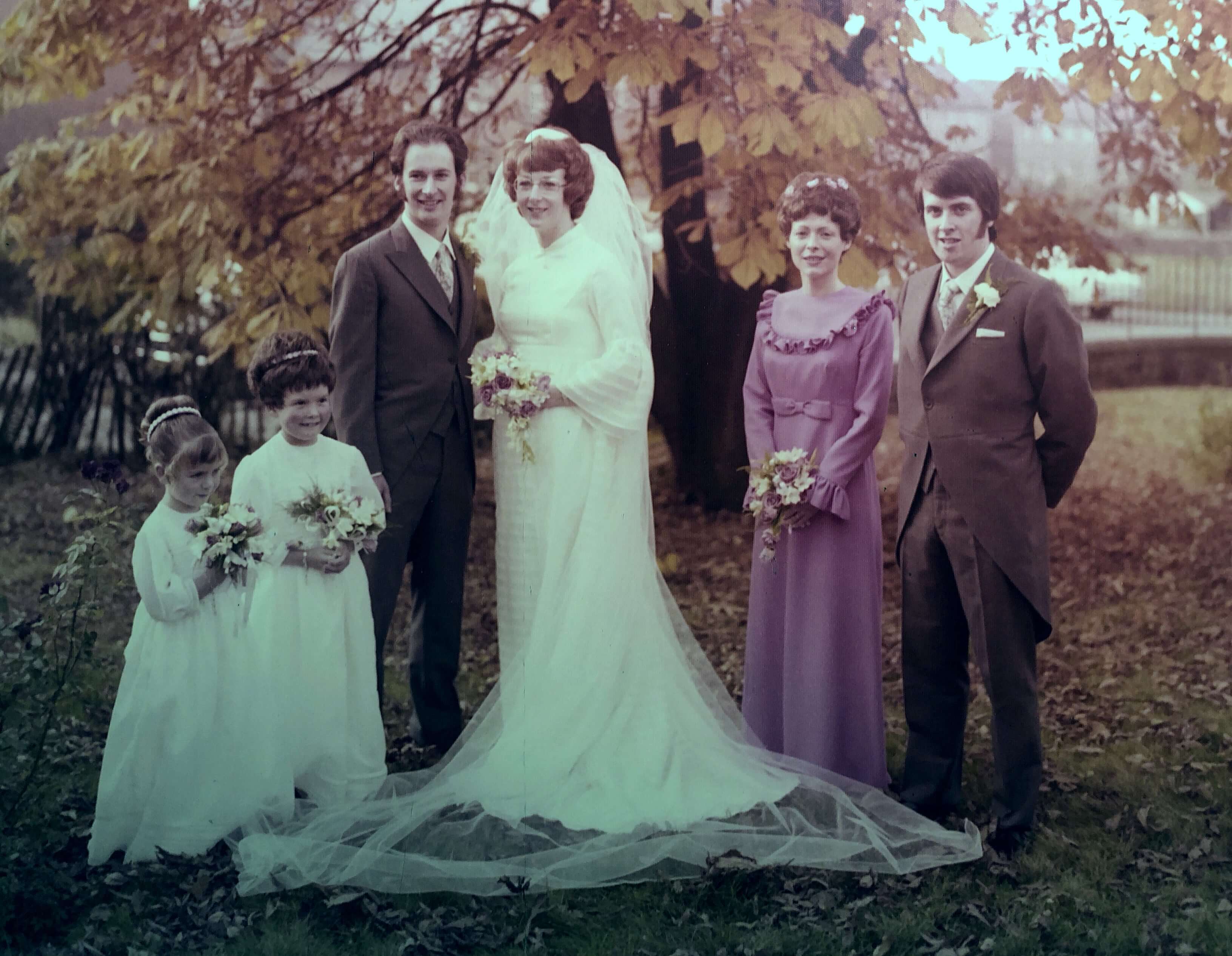 David B.M. Wood and his wife on their wedding day

David was kind enough to share this special photo memory with Photomyne. Here is the story behind this magical photo:

"The photo is of the bridal party on the day of my and my late wife’s wedding.

It was taken on 14th October 1972, as you can tell from the autumn leaves on the ground. The location was in the grounds of the parish church (in the village of Townhill, near Dunfermline in Fife, Scotland). We had just been married, and the photographer (Dougie Westland) wanted to use the autumn colours as a feature - I think he did so quite effectively.

Naturally, this picture is of great sentimental value with all the attached memories. However, given its age and exposure to light, the original and only one I have was fading quite badly and I wanted to preserve the image. I used Photomyne, scanned the original then used the app's enhancement tools.

I was delighted how well this brought back the colours. I am happy that not only has the image been restored to near its original quality, but also it has been captured digitally and preserved for the future.

I am very impressed with the excellent functionality and quality of Photomyne and am planning to use it for preserving a large number of even older family photos, which I have recently been gathering from older relatives."