As 2017 draws to a close, Photomyne celebrates a year of significant growth

Photomyne, an Israeli-based startup company aiming to create the largest indexed photo collection from the pre-digital era, is celebrating this November its passing of considerable growth thresholds in 2017.

Photomyne’s unique, patented AI-based scanning algorithm makes it possible to scan multiple photos in a single shot, auto-crop, auto-rotate, enhance, and then save those as individual photos in a newly created digital album. In addition, Photomyne offers a dedicated web platform for curating, sharing and viewing the scanned photo memories.

Rapid Growth of a Happy and Engaged User Base

Since its first release, the photo scanner app by Photomyne has been downloaded by 3.5 million people from virtually every corner of the globe, of which more than 1 million are paid downloads. 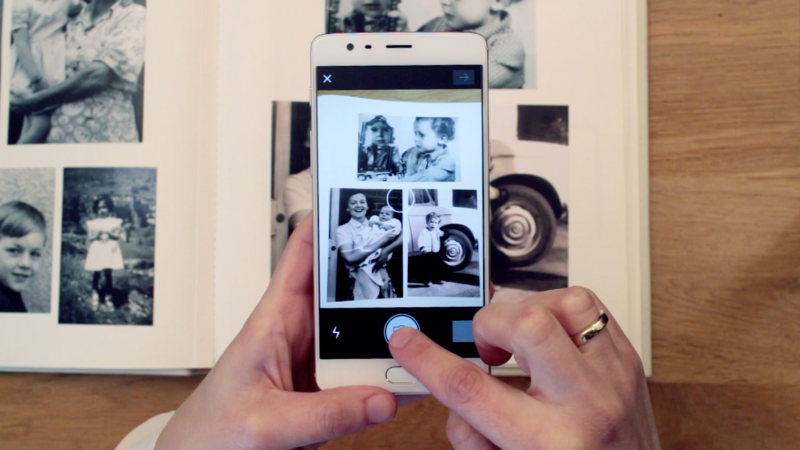 But downloads alone do not vouch for a startup’s success — Photomyne’s revenues are constantly growing, as evident from its recent crossing of the 100,000 paid subscribers milestone in less than 18 months. Photomyne’s business model is based on a recurring subscription plan (optional in-app purchase), offering users the added values of cloud-based services; account sync across iOS/Android devices and PC, unlimited photo backup, and more.

And there’s more. Active Photomyne users worldwide have used the app to digitize their old printed photos, and collectively created an enormous accumulated collection of over 50 million scanned photos unavailable (or rather, nonexistent) anywhere else.

“It’s exciting to see concrete proof that our service answers a real need shared by millions of people all over the world,” Photomyne CEO Nir Tzemah stated. “Reaching 100K paid subscribers and 50M scanned photos undoubtedly shows that people value their old photo memories, and are willing to ensure these fragile, analog assets are saved forever and shared with others to celebrate and remember. I’d like to thank our dedicated community of users for their ongoing vote of confidence, and I wish to assure them that we’re just getting started. Great things are coming real soon!”

Photomyne has been hard at work on enhancing its product and services on all platforms, and has made several notable developments. One of its most promising ones is Family websites — a new feature included in the latest iOS release (version 9.0).

This new complimentary feature invites users to create a dedicated gallery website to showcase and share all of their scanned photos, with just one tap in the app. While other family website providers require users to register a site domain, pay for hosting, and upload content from external sources, Photomyne users get a comprehensive solution in one place, all taken care of and free of charge: 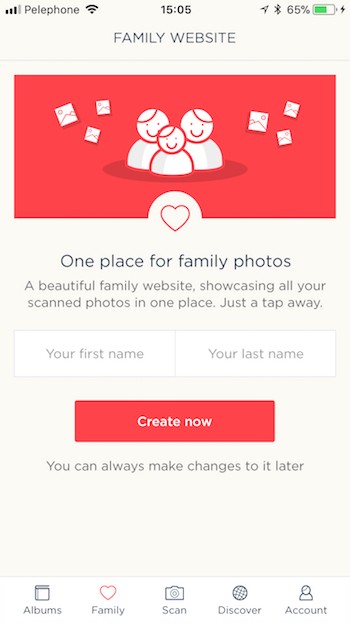 View of the family website creation screen, in the app

For more information about Photomyne, its app and services, please visit photomyne.com.