Colorize users and identical twins Stephanie and Vanessa spoke to us about how they turned an interest in genealogy into something others can enjoy, even younger generations.

Genealogy has often struggled to connect with every segment of the age spectrum. As a niche interest, the study and tracing of our ancestors, starting a conversation about relatives we never knew and lived in a world we cannot always comprehend generally falls on the backs of our older family members.

To older generations, genealogy is not only a way to connect the present with the past, but also a necessary step towards passing on stories about loved ones that have passed on and maintaining a family’s history and values. Fortunately, the younger generations are ready to take the reins and steer the genealogy ship too thanks to apps like Colorize. Just ask The Genealogy Twins, Vanessa, and Stephanie.

“It’s kind of a weird hobby for a 30-something to have, but we love it”, said Stephanie. 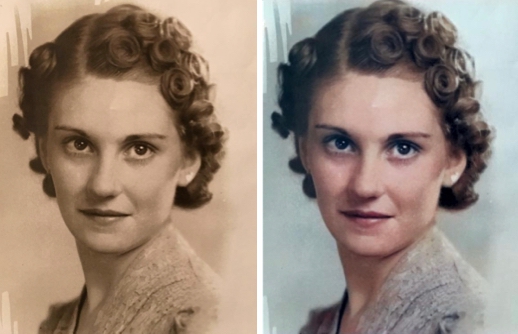 Daydreaming of the past

The identical twins from a one-traffic-light town in Idaho fell in love with the past at a young age and through their Instagram page have spread their wealth of genealogy knowledge to anyone that will listen.

“When we were 11-12, we had these boring Sundays with nothing to do. Our parents were strict about keeping the Sabbath day holy, so it was just a day at home. We would just lay in our beds and stare out the window,” said Vanessa. “I would just always dream of what life was in the past. I didn’t even care about the future. Just like, ‘What if I could go back in time? What would it be like to be a pioneer?’ We were so weird.”

As young moms, they quickly realized that genealogy was not only a shared hobby but something they could do together while their kids were napping even though they lived in different states. They began actively discovering more about their family through FamilySearch, as well as with the help of their maternal grandmother, commonly referred to as ‘The Queen of Genealogy’, in piecing it all together. In addition, they began colorizing the images they found and sharing them with others. 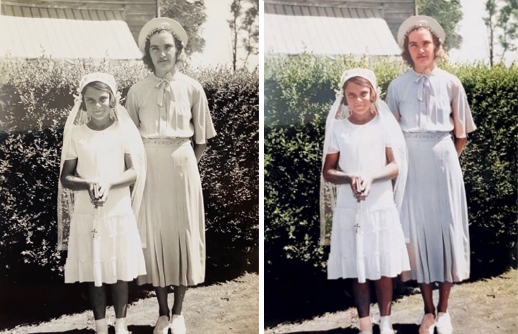 “The biggest question we get is ‘how are you colorizing your photos?’. There’s just something about it,” Vanessa said. “Everyone thinks we are sitting there ‘water coloring these colors in and we’re really just pressing a button’.

Stephanie said, “One of my neighbors, her dad just died, and the obituary photo was a black and white one of him. So, I took a screenshot of it, colorized it, and texted it to her saying ‘thinking of you’ and she just loved it. It’s such a heartfelt gift, but she just wanted to know how we did it.’

Colorizing photos has even helped them discover links between their kids and past generations. 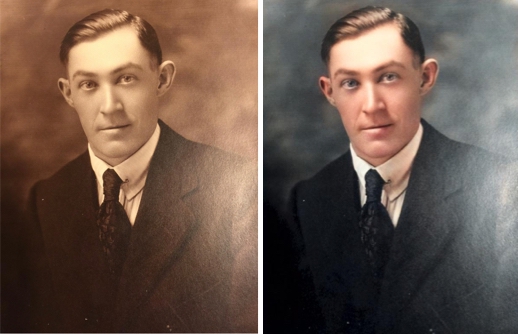 “My middle daughter kind of looks like an alien to us. We don’t quite know where she fits,” said Stephanie. “She’s beautiful, but she doesn’t have my or my husband’s dark hair. She has sandy blonde hair and these beautiful green eyes and was named after my husband’s grandma, Grandma Julie. So we named our daughter Julia. I got these photos from my father-in-law and there’s a bunch of Grandma Julie in there, so I colorized them. When the color hit the photo, suddenly she had this kind of sandy hair and those eyes, and I just knew that’s where my daughter came from. It’s just weird that she happens to look exactly like her namesake. I never would have had that moment or have placed her looks if I hadn’t colored the photos because now Grandma Julie has white hair. That was a cool moment.”

“And it made Stephanie’s husband not question who the father is,” added Vanessa laughing.

So how can younger generations find their own footing with genealogy?

“As soon as people start and can find something to relate to, something that hits their heart. When you find something you can relate to, then you’re hooked and it really resonates, ” Stephanie said. “Colorize app is the perfect segue into genealogy because it provides that instant gratification. It’s like, ‘oh, I see this colorized black and white picture, now I want to know who their spouse is, who their kids are, where they lived, what they went through’ and it builds from there.” 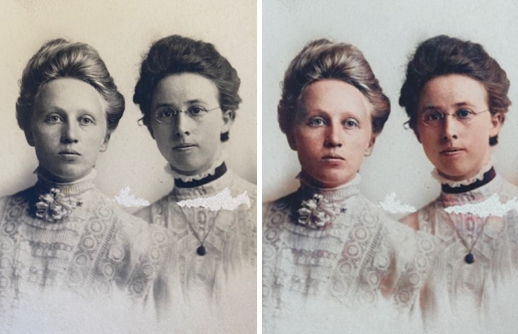 Stephanie and Vanessa turned their interest into a hobby and eventually a community because they understand the feel-good nature of tracing your roots and knowing your family.

“‘I just want to work on people’s hearts. It helps me be a better mom and sister, especially during COVID. You see this underlying theme of love with your family, genealogy, and people across all borders, gender, race, religion. And then colorizing the images is just the cherry on top.” 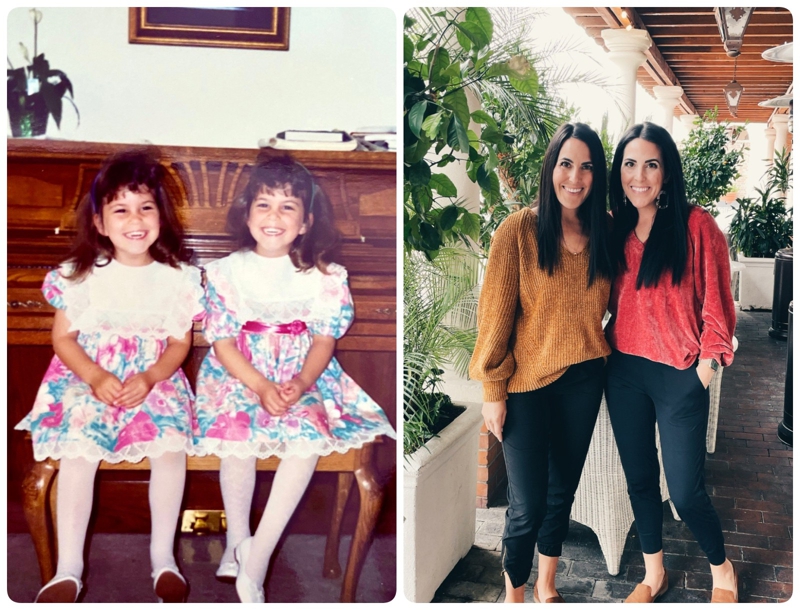 Do you have old black and white photos that you want to colorize? Download Colorize by Photomyne today and see your photos like never before.