The latest update to the iOS Photomyne app is here. Aside from general bug fixes and performance improvments, there's one particular feature we'd like to highlight as part of this update. You'll love it!

Yes, that's right. That dull monochromatic photo of your great-grandparents in the 20s? Turn it into the jazzy colorful memory it really was!

To colorize a photograph, go to that photo in the album (full photo view). You'll see the red banner highlighting the colorization feature. 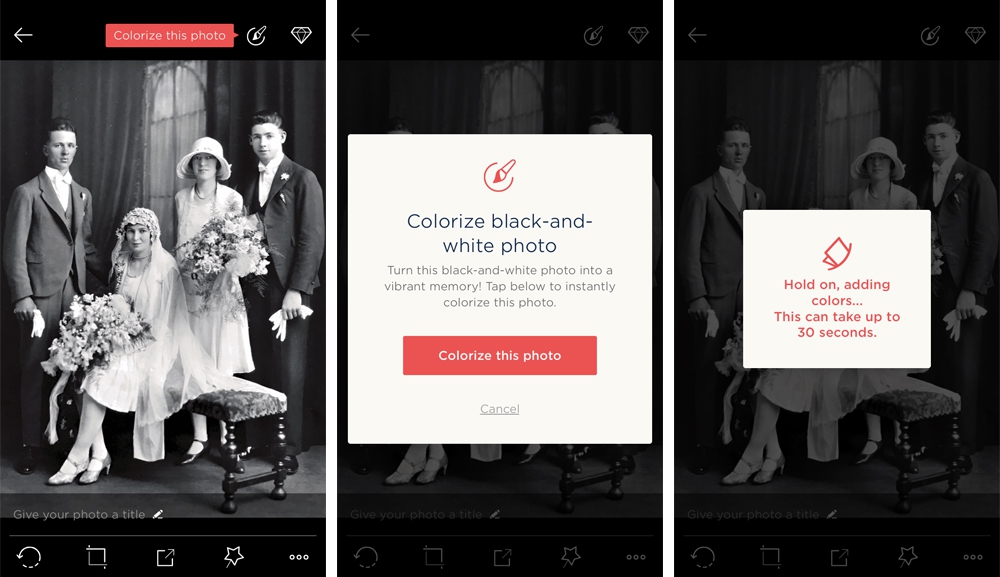 Tap the brush icon. This will prompt the activation button - tap it to initiate the colorization process.

The app will also show you a before-and-after image, so you can see the difference, and even share it if you like it so much. 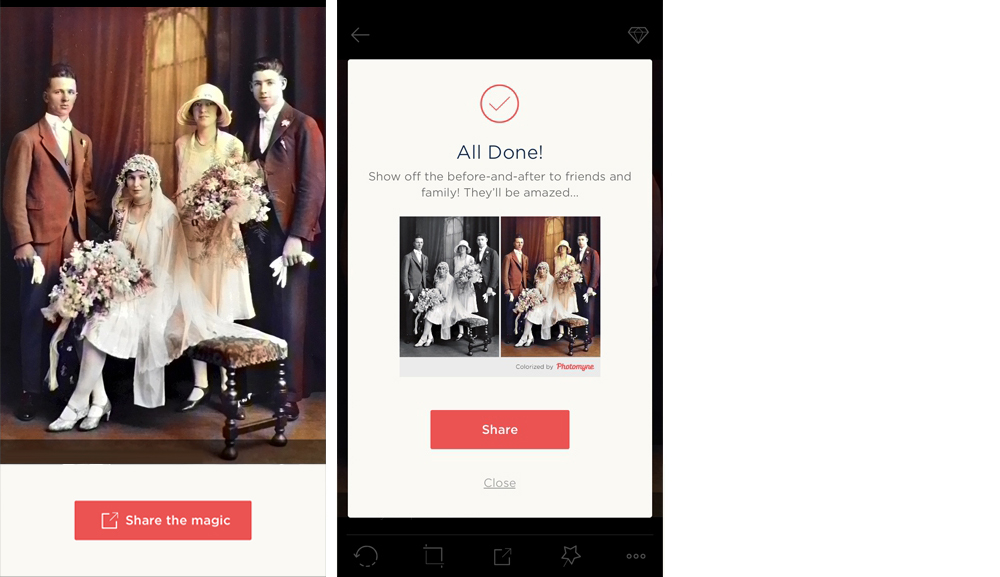 The final result for you to admire, plus a before-and-after view - how cool is that?

Now your old photo memories can get even more vivid and lively. Nostalgia was never this alive and kicking!

Available on the Photomyne app for iOS (coming soon to the Android app as well...)

This is just an update. Learn what else you can do with the app - discover more photo scanning features.