Meet the godmother of photo management, Cathi Nelson, CEO of The Photo Managers. She spoke to us about why we take photos, and how we tell the story of our lives.

When it comes to cherishing your photo memories, Cathi Nelson knows what it takes to tell your story. As the CEO of The Photo Managers (formerly APPO), she's cultivated a network of photo lovers and organizers around the world. She spoke to us about how she built this community and why it's so important for us to preserve our life stories.

I don’t know when my love of photos began, but I actually remember learning to read. I actually have a memory of sitting on the floor in probably first grade, because in those days they didn't teach you to read when you were two or three. I remember putting the connection together that the word on the flip chart was the word that I was reading. And I fell in love with stories, I fell in love with reading. I always loved to hear stories as a kid. I just remember that very well. So I've been a life-long lover of stories and a voracious reader. 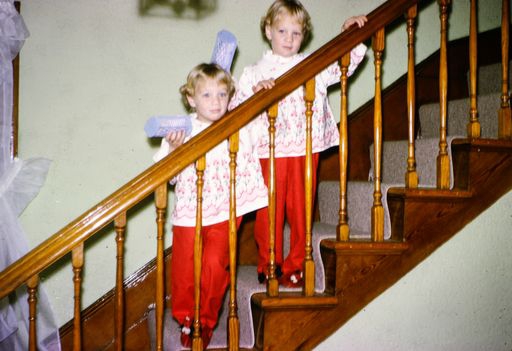 Hangin' before bed with her sister

When my son was born - I am an adoptive parent - and I knew I wanted to tell the story about how he became part of our life through photos and I fell into creating documentary scrapbook albums. So that’s how I really got started.

My original idea was to be like the Geek Squad. There used to be something called the Geek Squad in those little cars that would go in and help people set up their computers and stuff. I remember thinking we could be like them, women helping women with technology. They cared so much about their photos and would get so frustrated. They thought they were dumb, ‘there’s something wrong with me, I don’t know how to do this.’

A friend of mine asked me to help her and ask what I charge per hour and I said I don't charge anything but she insisted. Finally, I went to her house. Not only was she looking for me to help get her photos off her computer and her camera and into her life, but she also had her parents' photos, old movies, as well as her husband's family photos. It was just a mess like most people have. She said, “I don't care how long it takes.” But I guarantee you that a hundred other Marias pay someone to do that, just like me. 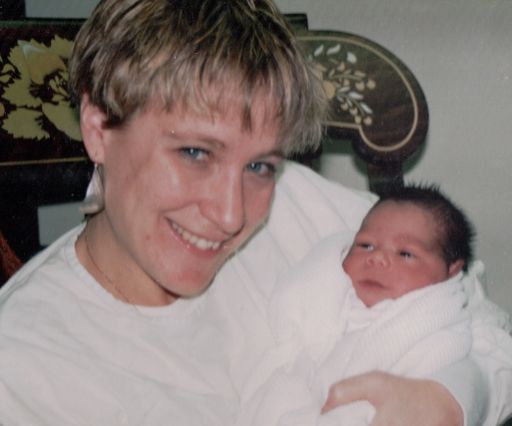 Holding her son shortly after his birth

Creating an army of photo managers

Business owners that had a similar business model watched what I was doing and were like, “can you teach us to do what you're doing. Wow, that’s a really interesting idea.”

They are individual business owners, that’s really important. I say we’re a big tent, kind of like the-- we have opportunities for all sorts of business to fit under our big tent. Our goal and purpose are to educate business owners, entrepreneurs that want to create a business doing work like this that they care deeply about. And also connecting with the organizations and companies that can support their business. They run their own business models and structures.

But the community that we’ve created is pretty phenomenal so members support one another through private Facebook pages, through forums, and training. It’s an incredible community of business owners all over the world. 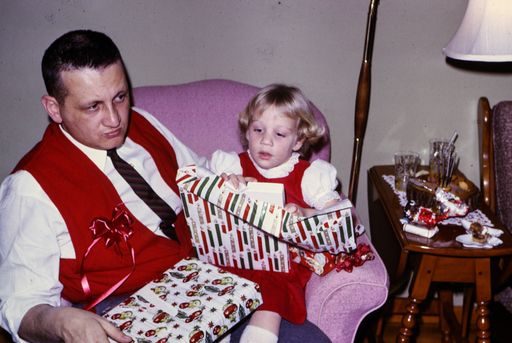 Christmas morning with her dad

There’s an amazing story of the fires in California where the fires were coming really quickly, they didn’t have time so she got as many photos in her car as she could and put the rest in a metal safe. The fire came through, ravaged everything and the photos had melted in the safe from the heat. Nancy, one of our members was able to take that whole mess and wash them and unglue them kind of, then dry them and scan them.

This woman tells a great story of how she couldn’t believe that as Nancy was scanning them, she’d take a photo and send her an example. They were her only photos of her childhood and parents. Many were lost but a small number were saved that were sandwiched in the middle of that big melted burned out part. If she could have saved all of those family photos and memories she would have given up her home for that. In the end, that’s what matters. 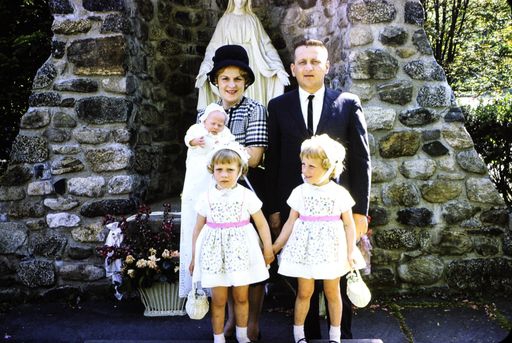 In my book, I interviewed ten of our members. I call them 'Slices of Life.' You know, you have to be connected to the why. Why am I doing this? Otherwise it's a tedious task.

That’s the why. There’s endless Why’s like that. That’s what fuels the passion for what I love in the business. I love stories, and I love helping people tell their stories. Every story matters.

We are hard-wired however you want to say it - by god, by nature, by spirit - I think we’re hardwired as humans to tell stories. It’s just part of who we are. We’ve been telling stories or you look at the old petroglyphs on rocks. So the way we do that today is through visual storytelling, through photos. Because of that, it's just part of who we are. Your life matters, your story matters even if it's just to you or a few people around you. People say, "well nobody cares about my photos." But somebody does you just have to figure out who. 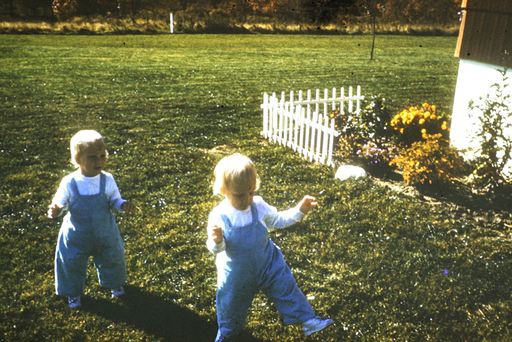 Taking her first steps with her sister, running ahead of her as usual

We are people of stories and we tell the story of our lives through photos. Your story matters and it’s important even if just to you. Take the time to enjoy that process, because it’s worth the time and investment. You’ll never regret it. Nobody I’ve ever worked with has ever said, "Oh shoot, I can’t believe I invested that time and money into getting all my pictures in a way that’s enjoyable for me to pass down to the next generation." It’s priceless. It's a timeless gift. There’s never any regret on that. You may regret dinner or those shoes you bought, but you’ll never regret this process. It’s just not going to happen. 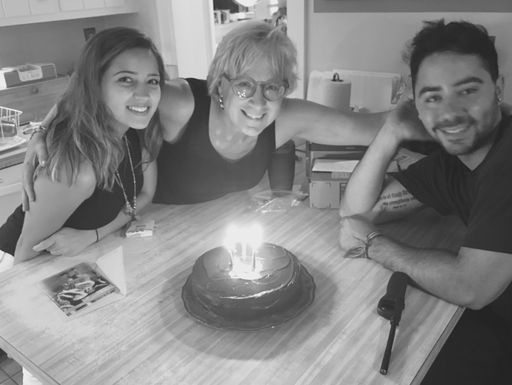 Celebrating Cathi's birthday with her son and daughter (and cake)