Hear the family stories a Swedish Photomyne user uncovered while scanning her photos, and the powerful work in which she partook across America.

Family photos passed from generation to generation tell one’s ancestral story through a string of moments frozen in time. Hailing a stone’s throw away from the Arctic Circle in northern Sweden, Elisabet Rydell knows a little bit about thawing her fingers and toes as well as the memories captured by her and her relatives.

“There’s nothing like discovering people you didn’t know,” she said. 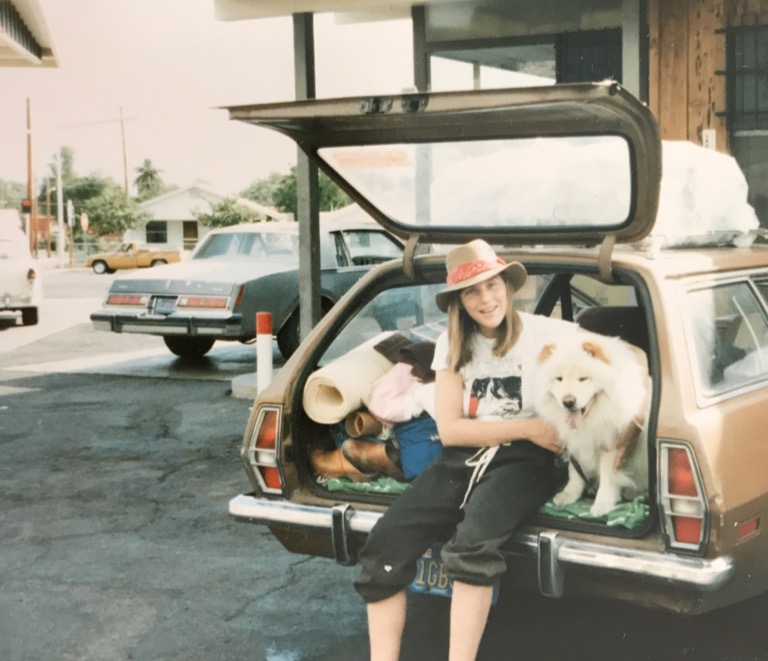 After Rydell - a writer and journalist by trait - inherited a massive trove of letters and photos from her grandmother, she simply had to combine her love of family, photography, and writing into a book. The result was Gunnar Jonson i Vaplan 1843-1912: en familjehistoria (Gunnar Jonson in Vaplan 1843-1912: a Family History), a look at her entrepreneurial great-grandfather. Through his 300-plus letters and photos - scanned with Photomyne - Elisabet went on a journey exploring how he became one of the largest landowners in Sweden while simultaneously raising six young children.

“My great-grandfather lived between 1843 and 1912 and I didn't know much about his family before I started. I had to learn about his brothers and sisters, the people he did business with, his kids, how they grew up, etc. A lot of stuff happened to this great family.” 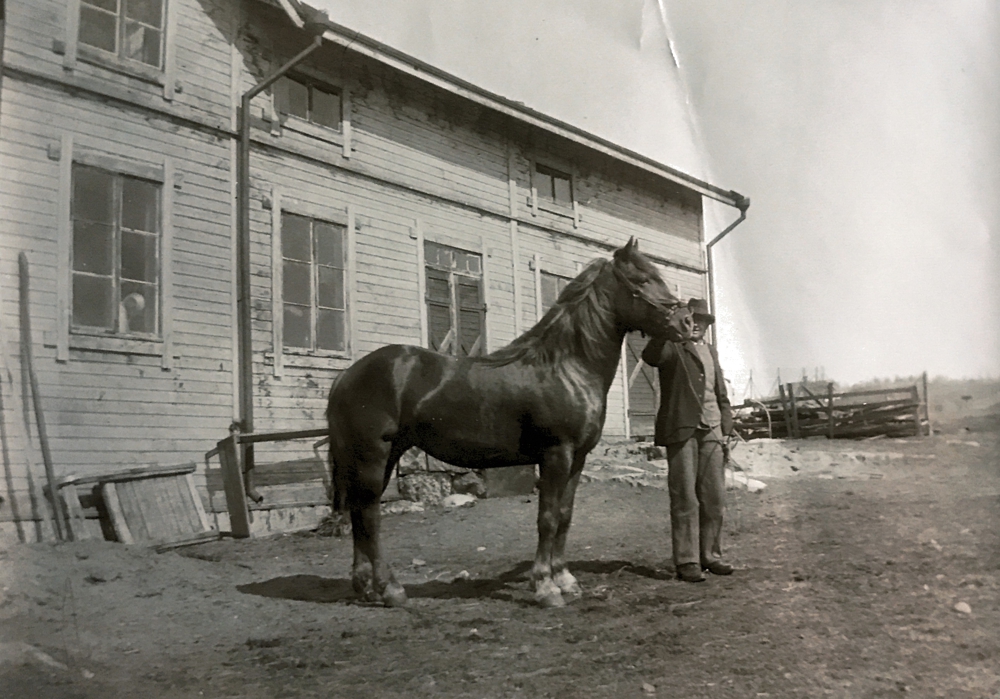 Elisabet uncovered plenty of stunning detail in the letters including some of her family’s most tragic moments.

“My great-grandfather had one son - a genius, very, very smart. When he was only 18 years old, my great-grandfather made him head of his sawmill company. He was the leader of the company from age 18 to 25 before he died of what seemed like a simple infection in his nose. This was simply in the letters, confirming what I was told when I was younger. I had thought, ‘oh, that can’t be true.’ Another brother went crazy and had to go to a psychiatric hospital back when there weren't psychiatric hospitals in Sweden yet. He was treated with really funny treatments like ice-cold baths for 5 hrs. Sadly, he eventually passed away at the hospital.” 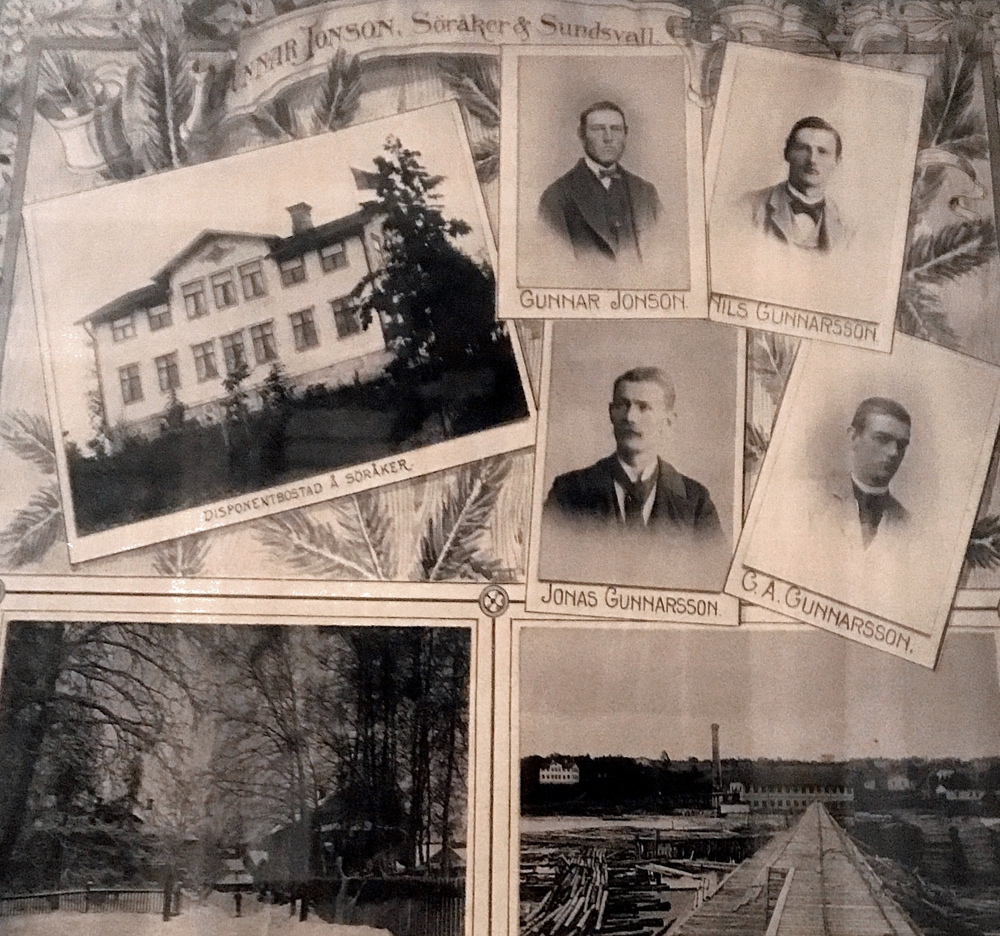 A quest for justice

Elisabet has had plenty of exceptional experiences of her own - many of which could write their own book - especially during her time working as a paralegal in the United States.

“In those days I lived in San Francisco as a freelancer working with indigenous people. They travel a lot so I traveled a lot. We did things like riding horses all across the US, from the West to Washington D.C, and attended conferences on different reservations. Photos from those trips are very precious because not too many people know Native American people closely as I did.” 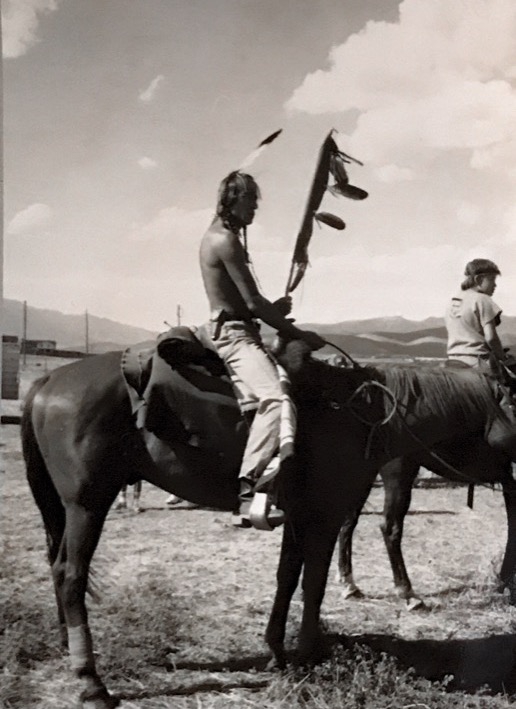 She continued, “This was in the 80s. A few years after the Wounded Knee Incident, I found the book The Spirit of Crazy Horse by Peter Matthiessen about how Leonard Peltier ended up in prison after a shootout with the FBI on the Pine Ridge Reservation. After I read the book, I was so intrigued and upset because it’s all so horrible that I started working on his case. I went to listen to him in prison a couple of times. The warden took pictures of us, haha. He was like a rock star there thanks to all of his national support and support from around the world. He was like Nelson Mandela to native people.” 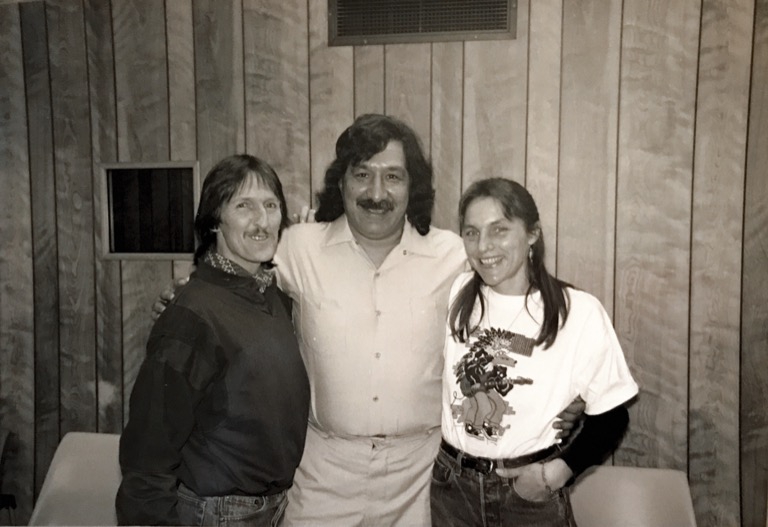 1900 photos scanned later, Elisabet is still stunned by what she finds in her photos, especially those she inherited from her grandparents.

Her grandfather - a pattern maker - bought a camera ‘really early on’ and put his new toy to work. Fortunately, Elisabet would reap the benefits decades later. As she scanned his photos with Photomyne, she opened a snapshot of her grandparents’ life she’d never seen before: their friends, their house, and plenty of photos of her grandpa with his other love - his bicycle. On further inspection, she felt closer to them than ever anticipated. 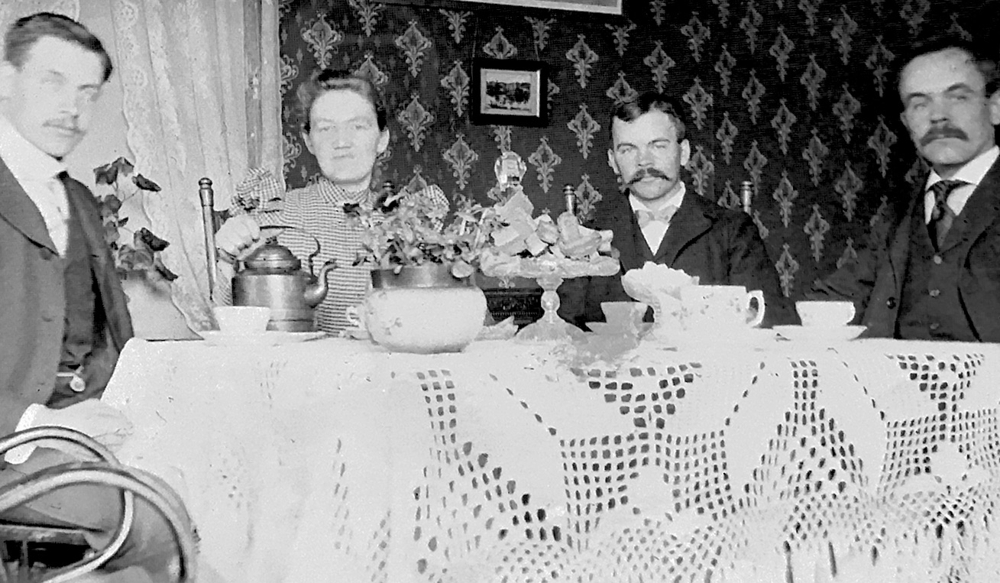 Elisabet's grandparents having coffee with two lodgers in their house in Plainfield NJ in 1899. She has the small picture hanging on their wall hanging in her own office.

“I found one from my grandfather during his time living in Plainfield, New Jersey. They are sitting and having coffee, and I noticed this very tiny picture on the wall. When I scanned and blew it up, I realized that it’s the same picture with the same frame that I have in my office today. After my brother passed away, I found this photo clearing some of his stuff but had no idea where it came from. And there it was on the wall of this photo. That 120-plus-year-old photo has traveled over the Atlantic twice and then around Sweden some since the 1890s."

A close-up of the photo hanging now hanging in Elisabet's office.

She added, “It just surprises me how I would see details that I couldn't see before. Once I convert it to a digital photo, everything is just right there. It’s very special.”