'The Photo Man' dives into the life of a man that buys and sells photos of strangers. We spoke to its director Ben Kitnick.

If you stroll through the Melrose Trading Post in Los Angeles on a Sunday, you'll see all of the staples of a weekend flea market. One vendor, however, stands out amongst his peers - Mark Kologi.

In 2013, filmmaker Ben Kitnick captured Kologi's fascinating connection to the past in his documentary "The Photo Man". We sat down with Kitnick to hear more about his film and Kologi. 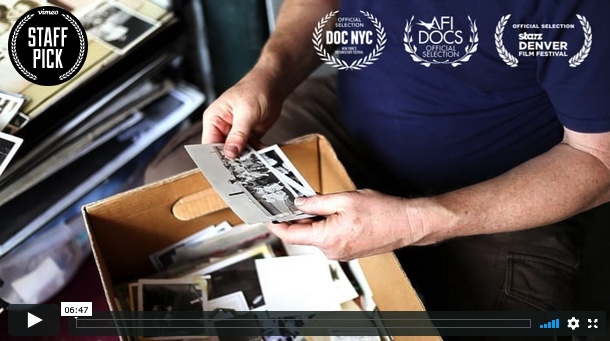 Interview has been edited for clarity.

Photomyne: Can you tell me a bit about yourself - where you’re from, how you become a filmmaker, what kind of films you make, etc?

Ben: I’m originally from Phoenix, Arizona. I wanted to make films in college but wasn’t yet comfortable with my writing skills so I started making documentaries about interesting people I knew. For me, this was more valuable than film school. I grew creatively and learned about my own sensibility. I make everything from documentaries to comedies. I try not to be overly careerist with my personal projects and just follow whatever interests me at the time.

Photomyne: How did you decide to do this film about Mark? Where did you hear about him first?

Ben: I first heard of Mark when I came across his booth at the Melrose Trading Post in Los Angeles. I was living there for the summer and spent hours each Sunday digging through his photos. I was interested in the literal disposability of memories in these fragile photos but also Mark’s goal of preserving them. 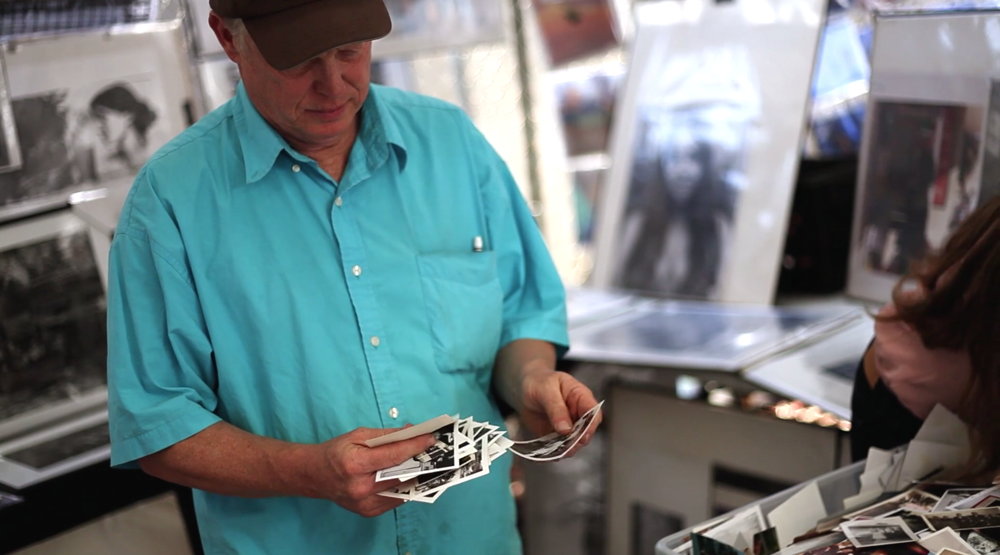 Mark Kologi looks through photos at his stand

Photomyne: What is this film really about?

Ben: To me, the film is about connection. The photos are brief moments in the lives of complete strangers, yet we can connect to their humanity and see something in ourselves.

Photomyne: In the film, it looks like the old photos are more than just a hobby for Mark. It’s almost therapeutic for him. How do you explain that? What is his motivation to keep on doing it for so many years?

Ben: I’m not sure I can fully speak for the internal reasons of why he does it, but I know he enjoys seeing people’s reactions. I think he also enjoys connecting with these strangers at his booth, all facilitated by a shared appreciation of humanity in the photos.

Photomyne: You decided to keep him pretty stationary in the film, most of the time he’s either in his storage space or in the flea market tent, it’s almost as if Mark himself is like an old family photo. Was that on purpose?

Ben: I wish this was our intention but to be honest, we filmed over a single weekend and didn’t have thematic goals in the framing. As a 20-year-old at the time still finding their creative footing, I don’t think I thought that far. But I’m glad we lucked into a visual style that connects to the film’s ideas. Every location we shot in was used in the film. Not much was left on the cutting room floor. 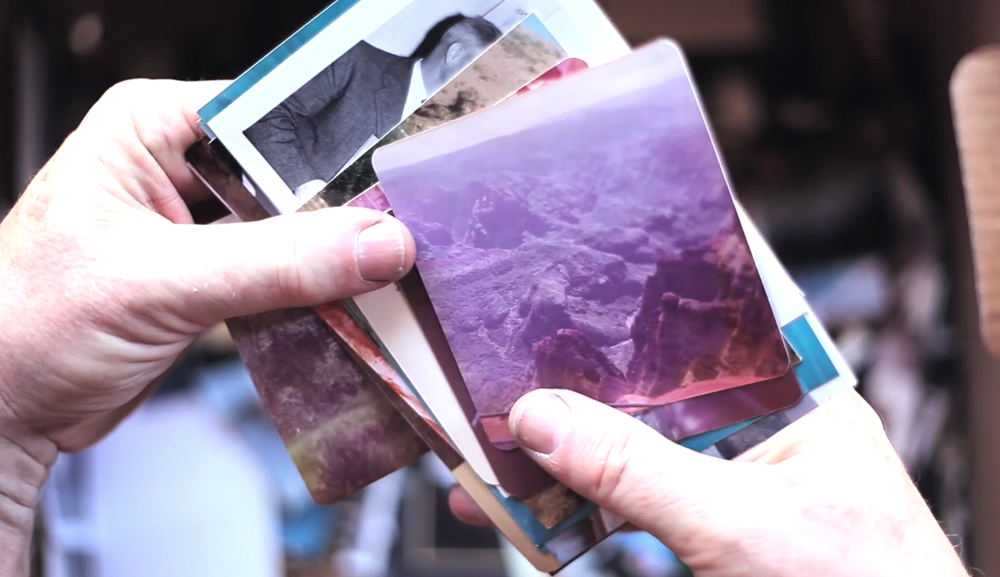 Photomyne: I loved the fact that he sits in his space and people come over, say hi to him (or not) and move on all while he just stays there. Was it important for you to show that?

Ben: Absolutely. The idea that he digs through photos of strangers and then is greeted by a stream of people passing by was interesting to us. They are fellow people looking for brief moments of connection.

Photomyne: Looking back at the film and at the time you spent with Mark, what really makes him do what he does?

Ben: I think it is Mark’s mission to ensure that these moments in time are not forgotten.

Photomyne: Is there anything you can tell us about him that people don’t know? Something you wanted to include in the final version but didn’t?

Ben: Mark is incredibly creative. He paints and writes. I think he gets a spark from the photos just like his customers.

Photomyne: What kind of reactions does he get? Did you feel like people understand what he does or look at him as just another seller in the flea market?

Ben: I think some people who pass by his booth find it odd, but then they end up spending an hour rummaging through the boxes. Others are immediately moved by it. It’s interesting to watch in-person.

Photomyne: What drew him into this unusual situation and profession? And what drew you to make a film about him?

Ben: I’m not sure exactly what drew him into it as a profession, but I was interested in the interconnectivity of strangers and how his photos serve as brief moments of connection. 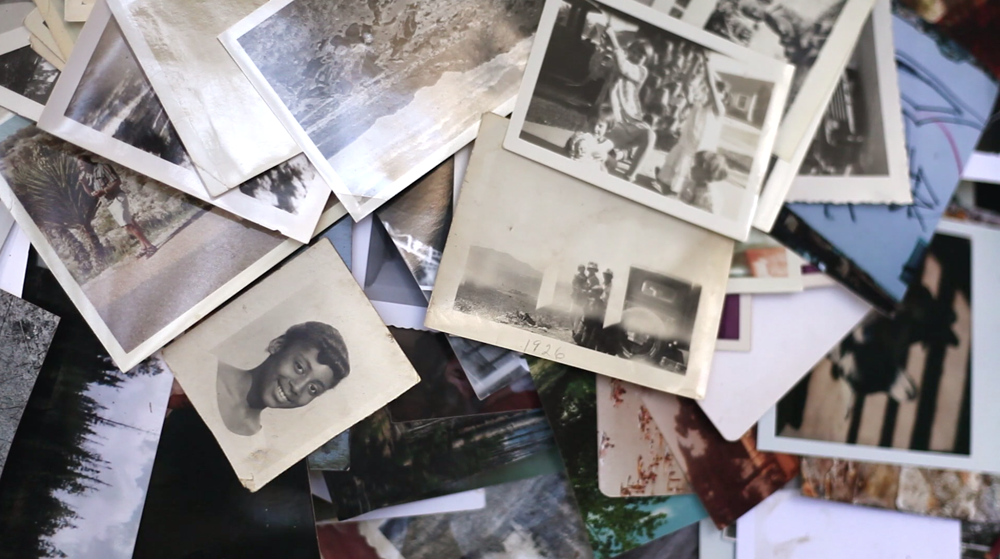 Photomyne: Having spent time with him and his old photos, did you also learn to love these random pieces of other people’s lives? What are these pictures for him? Are they more than just objects?

Ben: I have a collection of well over a hundred photos collected from Mark’s booth, each selected because I found them funny or touching. For Mark, I think the photos are even more meaningful. They’re almost people he knows.

Photomyne: Your films often talk about nostalgic moments or unseen/forgotten characters, like your film about the Catskills, or ‘The Back Road’. Is that something you like in particular? What makes you go back to these themes?

Ben: I’m a rather nostalgic person so the theme of brief moments in time and the people consumed by them is something I’m always interested in exploring.

Photomyne: What’s your next project?

Ben: I’m currently editing a short documentary I co-directed in Haiti about a kid who works at a spiritually significant waterfall. I’m also putting the finishing touches on an odd comedy I’m equally excited about. 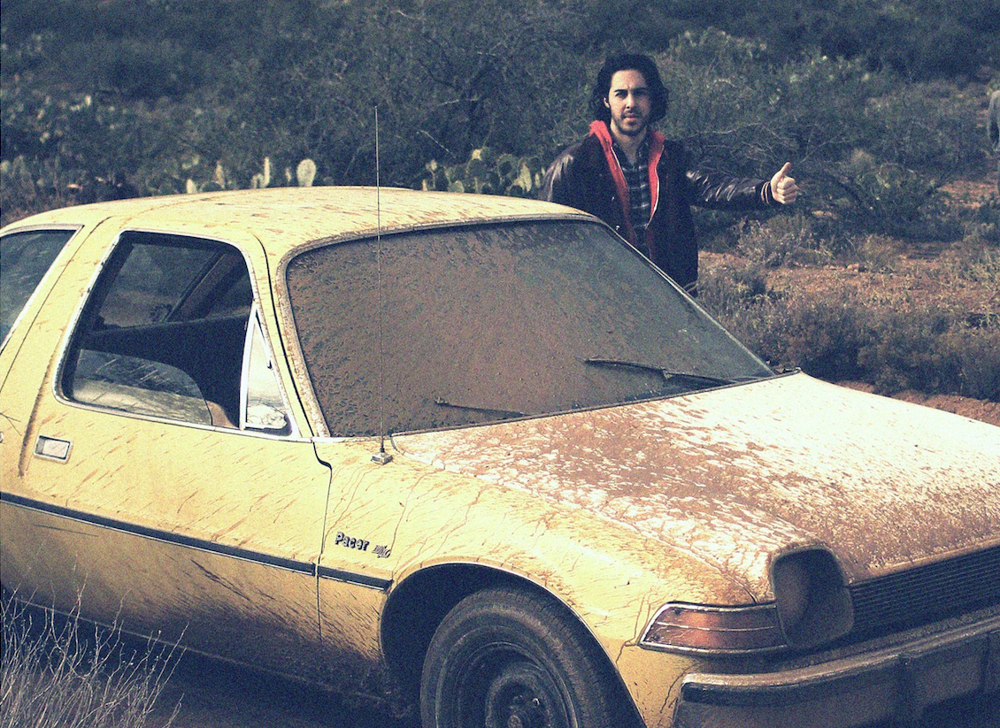