A Photomyne user takes us back in time and shares her childhood memories from the Talamanca Jungle.

Tere Reigel’s idea of the ‘good ol' days is not exactly the same as most Americans. Along with her parents and brother, she explored childhood through the depths of the Costa Rican jungle and has photos to prove it. These snapshots of her time in Latin America serve an important role in keeping her childhood nostalgia alive and remembering all of the unique experiences she luckily had along the way. She gave us a peek into those wild times.

Well in the present, I have been married for nearly 28 years and I have four children who are now all adults. But my earliest childhood memories were of being in Costa Rica. My dad comes from Amish Mennonite stock. They are typically conscientious objectors, which means they don’t believe in signing up for the army, killing people, and that kinda thing. So during the Vietnam War - rather than being drafted - he volunteered and did community development work in Central America. So that's the basis of how we ended up in Costa Rica.

He loved that experience so much that he determined if and when he wanted a family he had to go back. And so upon his return, he married his sweetheart, had a couple of kids, but that early childhood was very formative for me, because like I said it was some of my favorite memories. It gave me the gift of a second language as well, which has been phenomenal. 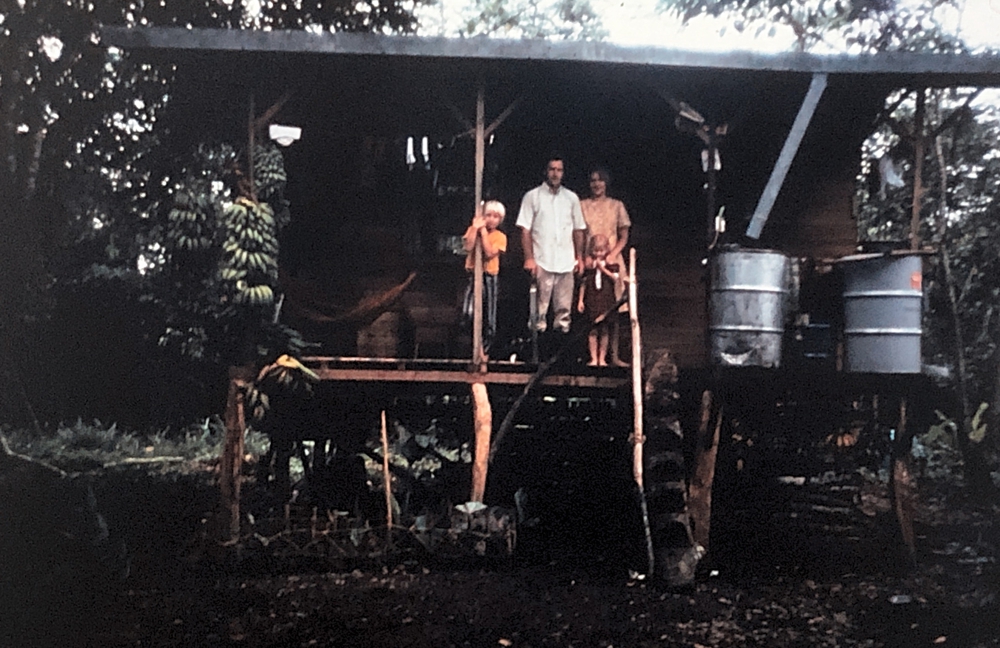 I had found a couple of metal boxes of slides up in my parents' attic and I remembered my parents using these slides when we came back to the States periodically to go around to the churches supporting them. They would do a little slideshow because everyone wanted to see what was going on down there, and this was before the digital era of course, so it was very old technology. But I distinctly remember visiting those churches when I was about seven years old. We would always have to get up as a family and sing a song. So when I found these slides, it brought back all these memories.

I thought, "You know, there has to be an app. There’s an app for everything. There has to be one that will turn these slides into digital pics." So of course, I searched The App Store and Photomyne popped up. I sat there and scanned all these slides, and then on a recent visit to my parents, I surprised them by bringing up a slideshow. They were floored. They were like, "This is amazing. How did you do this?" Now I'm taking those slides and turning them into a book I can just hand them and say, "Hey, look these are the pictures!" So that’s kinda my journey with Photomyne, it’s a great app by the way! Highly recommend it. 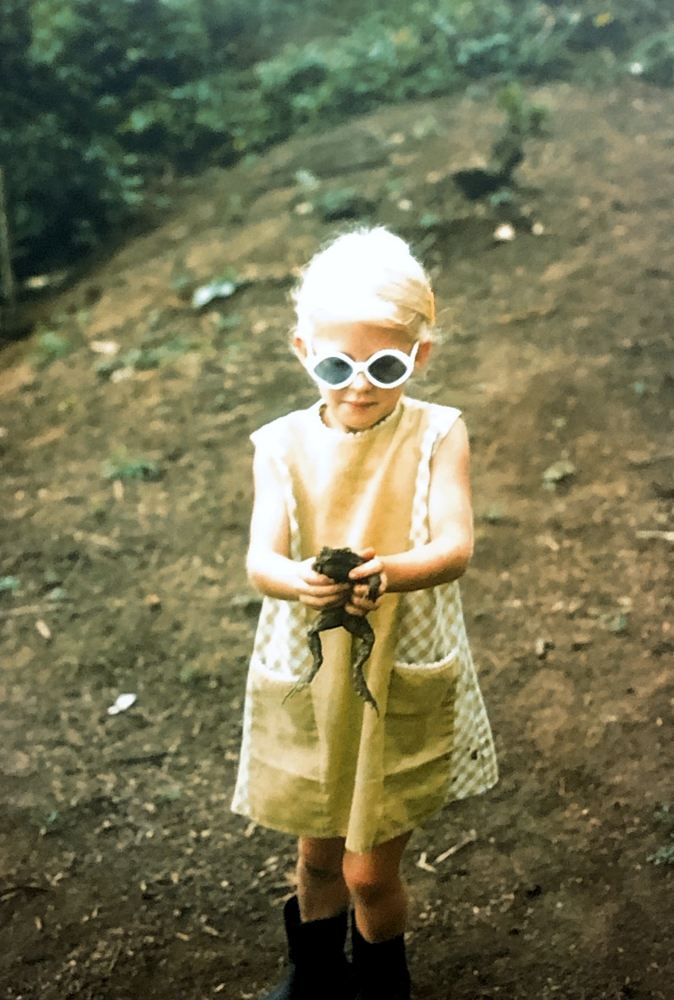 Scanning these slides brought this experience back and makes me think about - when I compare it to my kids’ childhood in suburban Atlanta - just how vastly different my childhood was. As a child, it's a dream place to be, you know. I think it's because you just go out and start playing. 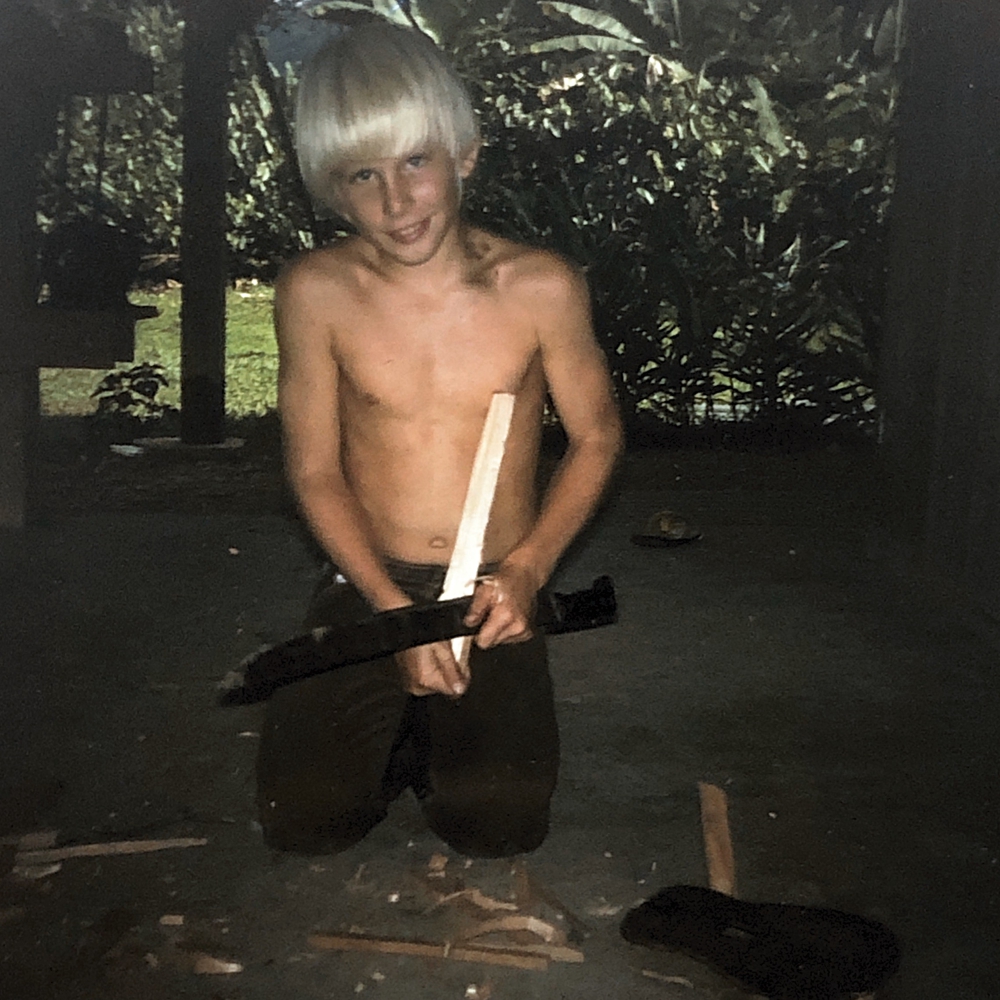 One of the great things about being in a jungle is nature's candy. I sent you some pictures of us sucking on sugar cane - like my brother's peeling sugar cane with his machete. Some of my friends, they had - their parents had sugarcane growing in fields like that. So we would cut them, peel them, and suck on them.

I distinctly remember two things about this Jeep we had. First, I would frequently ride on top, clinging to the rack while lying down. I just cannot believe my mother let me do that.

Photomyne: Would you let your kids do that? 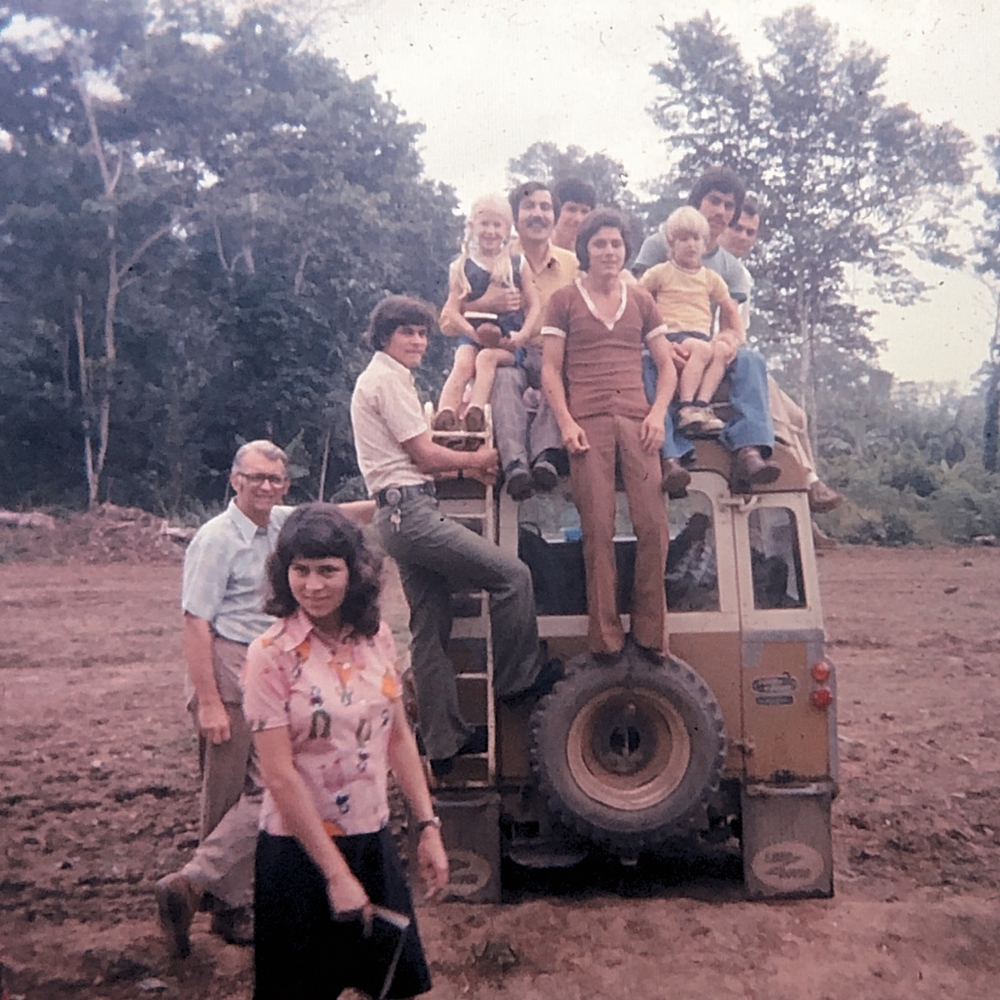 The other thing is that I would sit on my dad's lap when he would drive it and sometimes he would let me steer. One time I wanted to push the gas pedal and he actually let me do it. So I'm probably 8 years old pushing the gas pedal, steering, and there's an uphill. It curves to the left and there's this drop-off on the right. I can't see very well so I stand up to see better over the wheel and of course when I do that I tromp on the gas and the Jeep goes shooting towards the edge of the road, I just remember my dad grabbing that wheel and wrenching it so we don’t go off the cliff. I think that was the end of my driving days.

Just, man - thinking about those experiences, running barefoot in the jungle. During the rainy season, it floods in that area, so all of our houses were on stilts. I remember one time we had this massive rain. My brother and I would run up the trail up the hills when the water was receding, and the trails to the Jungle were basically a mud shoot. So we would go to the top of the hill, and when we turned around we would just take off running and dive on the trails, and just slide, slip and slide down these muddy trails. It was gross, but it was great. 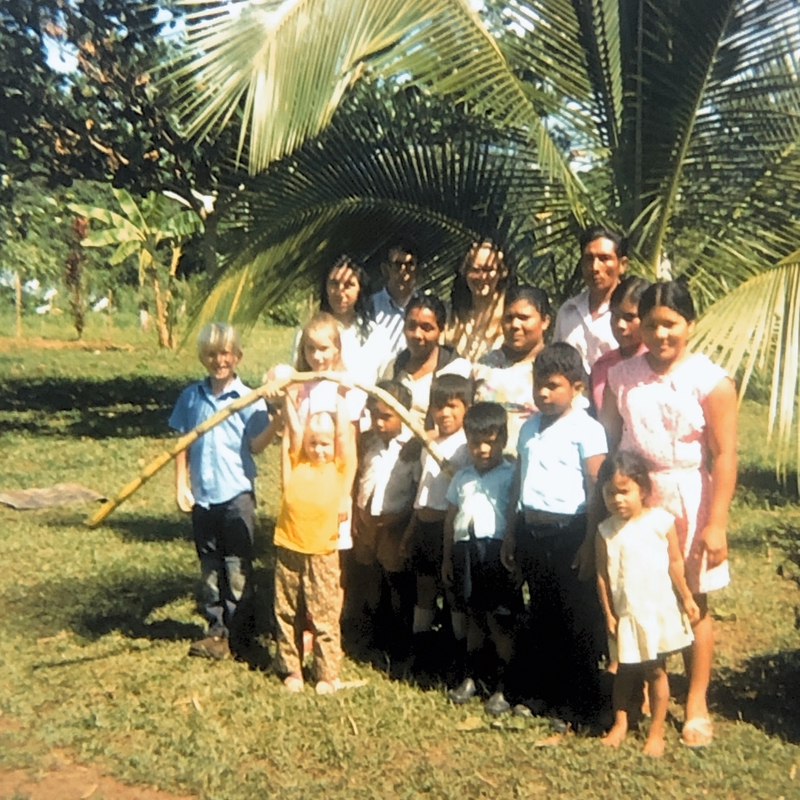 Being able to have the freedom to just basically grow up and play in nature was absolutely fantastic. Looking back, I can't believe all the things we did as kids were completely unsupervised. Swimming, using machetes, making cooking fires, walking barefoot through the snake-infested jungle.