Vittorio, a Photomyne user from California, shares with us the touching story of his former partner and how photos help keep his memory alive.

Our lives are precious and should never be taken for granted. The photos taken throughout our lives become not only reminders of where we've been but also treasured keepsakes to our loved ones once we pass. For Vittorio, a Photomyne user from California, the photos he has with Douglas, his former partner, have become his most prized possession. He shared their story with us. 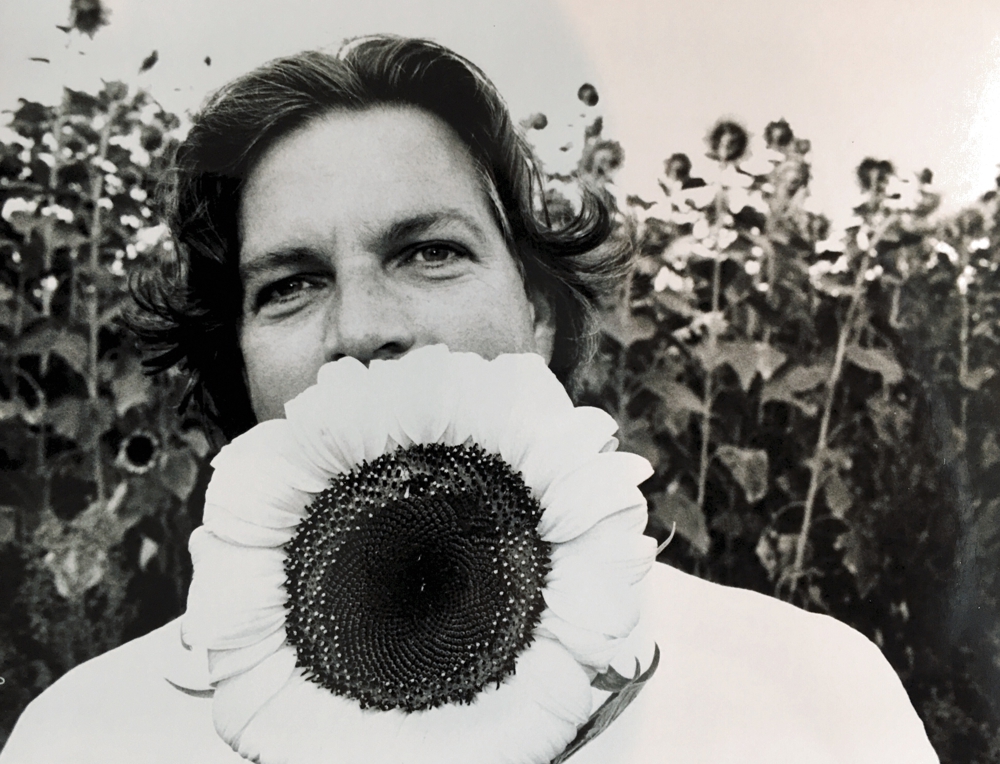 Douglas was a remarkable, kind, handsome, compassionate, and generous man who touched so many people's lives in wonderful ways. Douglas was a genius: he spoke five languages, was a double major at Berkeley and graduated with high honors. He was one of the most successful creative directors in New York City in the beauty industry - a self-made millionaire. He's with me every day. I believe that he still gives me advice and that it keeps me going. Douglas and I were together for 22 years and we went through a major part of our lives together. 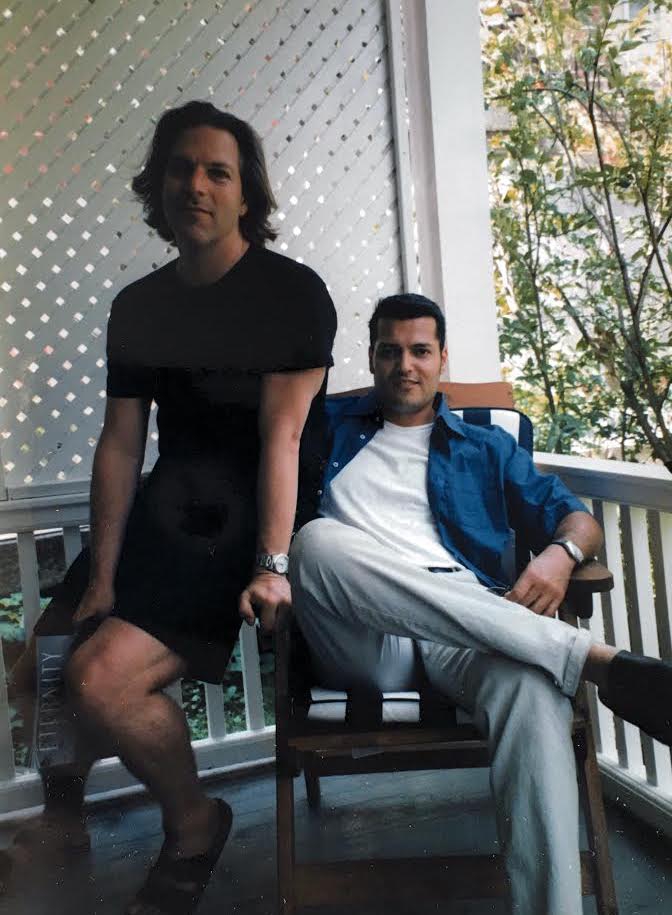 Douglas was diagnosed with cancer three years ago. He appeared very healthy and had a lot of energy for the first year after his diagnosis, however, that changed for the worst during the last four months of his life. Sadly he passed away on February 22, 2019. One of the things that I promised to myself was to keep Douglas’s legacy, name, and spirit alive out there somehow and in some way. 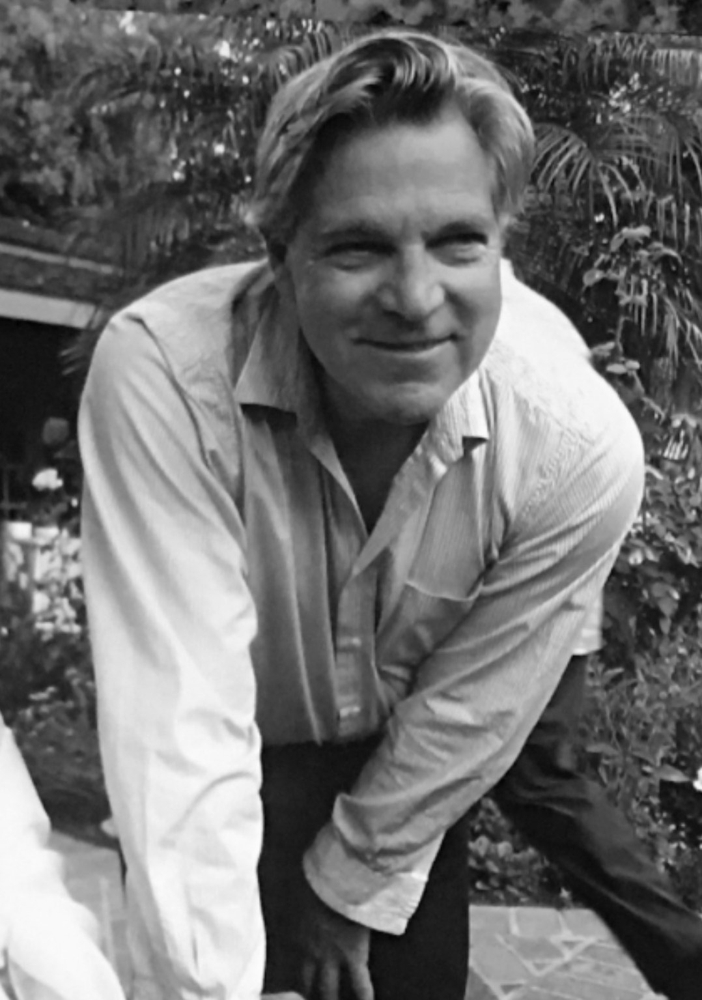 We used to have a beach house in East Hampton and would go to Georgica Beach - his favorite beach. There are benches throughout the city and East Hampton with plaques honoring people who’ve passed, and I’ve been in touch with them about placing a bench in honor of Douglas. His ashes are supposed to be spread there too, and so are mine when the time comes.

I think I said something like “oh I have all these negatives that I need to scan” to a young acquaintance and he told me about Photomyne. I downloaded the app, tried it and I was like, “oh wow, this is super high res.” 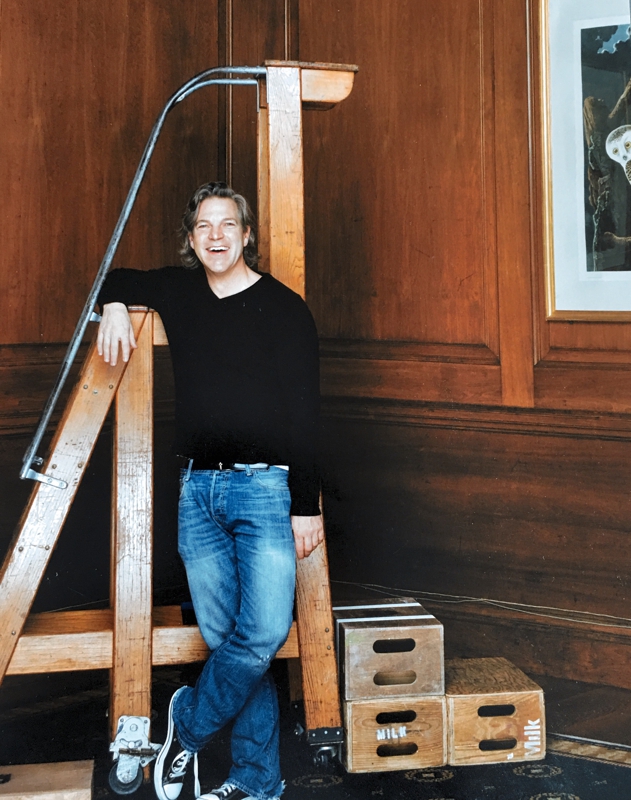 Scanning happens in a flash with the app. I’ve told a lot of my friends in New York City about it and they all use it now. It’s just so instant and amazing. I told Doug’s sister-in-law about it too. She's older than me - in her 60s - and she thinks it's the greatest thing next to sliced bread because it's so easy for her. She sends me pictures all of the time now.

My cousin (who also uses Photomyne) explained that I can make a folder titled whatever I want. Mine is called “Joy”, and in it are photos of Douglas and our life together. I go through it when I’m feeling depressed, sad, or even happy. For me, it's very comforting, therapeutic, nurturing, loving, tender, all of these emotions put into this album that this company created. 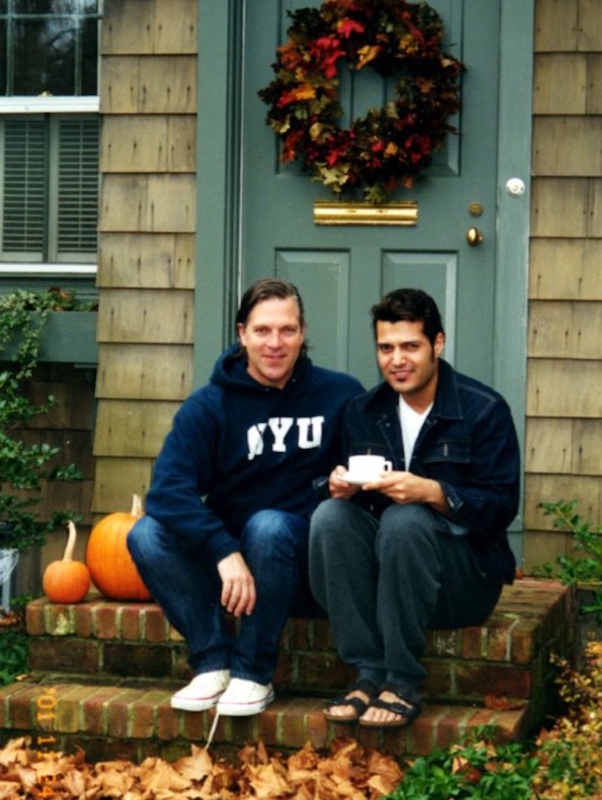 Photomyne goes way beyond just scanning pictures. Pictures are people's lives and those albums became very instrumental and important to my life. I actually look at the albums pretty much every day, sometimes about 3 times a day.

What I really like about the app is that I can easily print from it. Also, I love that I can email photos to myself so then they are saved somewhere else in the cyber world. I feel it’s a double safety. Those pictures are really life and death to me. 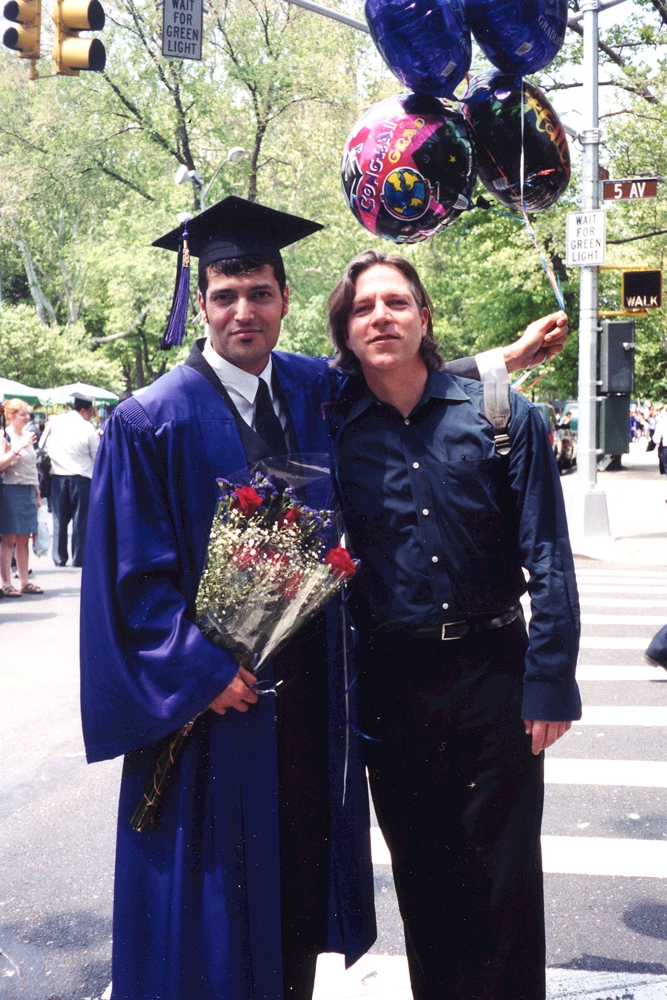 Douglas was very helpful, even instrumental when I told him I wanted to go back to college. He helped me with money and I attended NYU. This photograph is of us on the street and I am wearing my cap and gown. There were times where it was very difficult but he would keep my spirits up to keep going forward. The thing that was great about it was that we supported each other in everything that we did at every level, and we were always growing together in our own individual ways and whatever our choices were that we were working on in our lives. 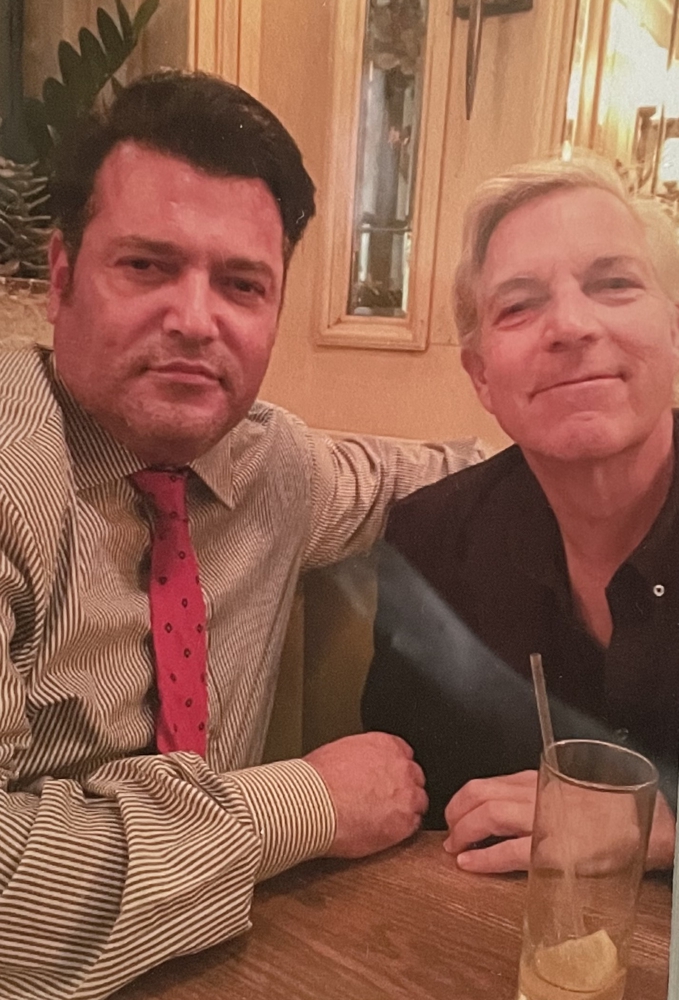 This is the most priceless photograph I will ever have of him and it is worth more than anything. I would give everything away as long as I could take this photograph. This was taken on Christmas night and this was the last picture that Douglas and I took together. On Christmas Day, I actually asked Doug, 'I am your best friend, aren't I?' And he goes, 'no, I consider you family.' 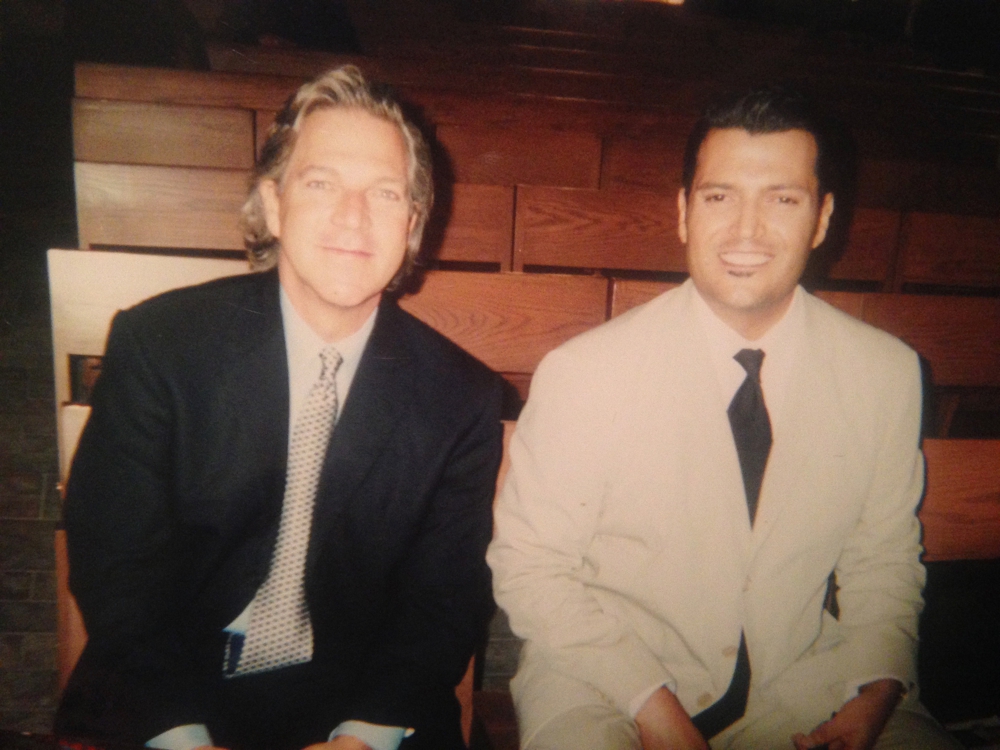 Lastly, this picture (as well as many others) holds a special place in my heart. It was taken at my niece Lauren's wedding in Long Beach, California. Douglas and I were partners for over twenty years and unfortunately three years after this photograph was taken Douglas was diagnosed with cancer. His radiant smile, true zest and love for life was captured in this photograph.