Photomyner Close-Up is back! In this edition, we dive into Lutz Morrien. Lutz is an IT consultant in Münster, Germany with a keen interest (and skill) in juggling. Before he moved his talents into the world of IT, he traveled all across Germany, Italy, and the United States sharing his love of juggling as a street performer.

Lutz hasn't been a Photomyner for long, but he happily took some time away from his wife and son to tell us about his experience.

This interview has been edited for clarity.

'Photomyne was best for the job'

Photomyne: Before we fully dive into your Photomyne experience, have you scanned your photos in the past?

Lutz: Yes, I've tried scanning photos with several tools in the Google Play Store. I had been looking for a tool with the following key features: easy to use, produces quality scans, improves photos, auto-crops photos, and is possibly free of cost.

I tried out Photo Scanner by Google, Photo Scan by Quisquee, Adobe Scan, and Photomyne. Photomyne was the best choice because it fulfilled all my needs, especially auto-cropping of images.

As a software engineer myself, I am willing to pay for a good software with great value. After initially paying for the year subscription, I quickly changed to the 10-year-plan. 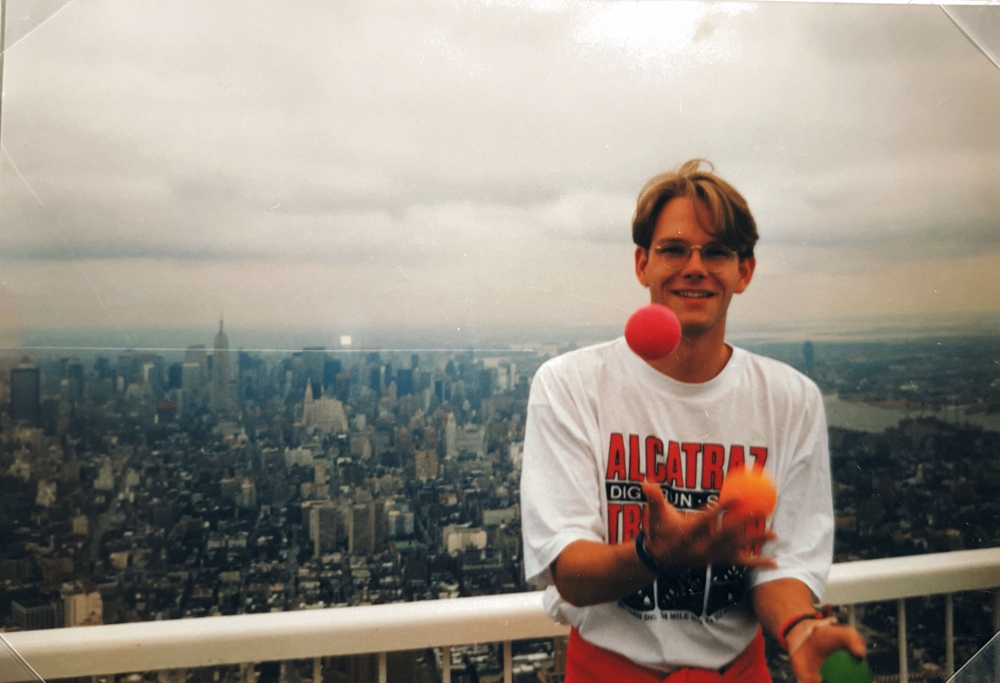 Juggling from the top of the World Trade Center with New York City below, 1990

Photomyne: So how many photos have you actually scanned?

Photomyne: Nice! Everyone scans their photos differently. What's your trick to saving so many photos?

Lutz: I usually scan photos outside one at a time when there is good natural lighting. I place each photo on a white piece of paper so the app can identify normal white. For those with a shiny surface, I scan diagonally so I get no reflections.

Photomyne: In the initial survey, you mentioned that what you like most about Photomyne is "reviving long lost treasures and memories". Could you elaborate?

Lutz: With Photomyne, I've scanned a lot of images that were tucked away somewhere in the basement. I rarely took the time to look at them and never showed them to family or friends. The app helped me move them into the digital world so they are easy to access now. I can add metadata, tag people, places, or dates to find individual people faster. After, I can pass a digital copy to my friends at no cost at all whenever I want.

Photomyne: So you like to share them with people? That's great. How do your friends and family react when you do?

Lutz: The photos bring back fond memories to all of us. They often remind us of long-forgotten stories and get us talking about those old stories.

Lutz: With Photomyne, all the photos from your life are in reach within your handheld device - how great! Some of [my] performances were documented on film and were stored away in the basement. Photomyne helped me show these times to my family.

We asked Lutz to send us some of his favorite memories from his scanned photo collection. See for yourself: 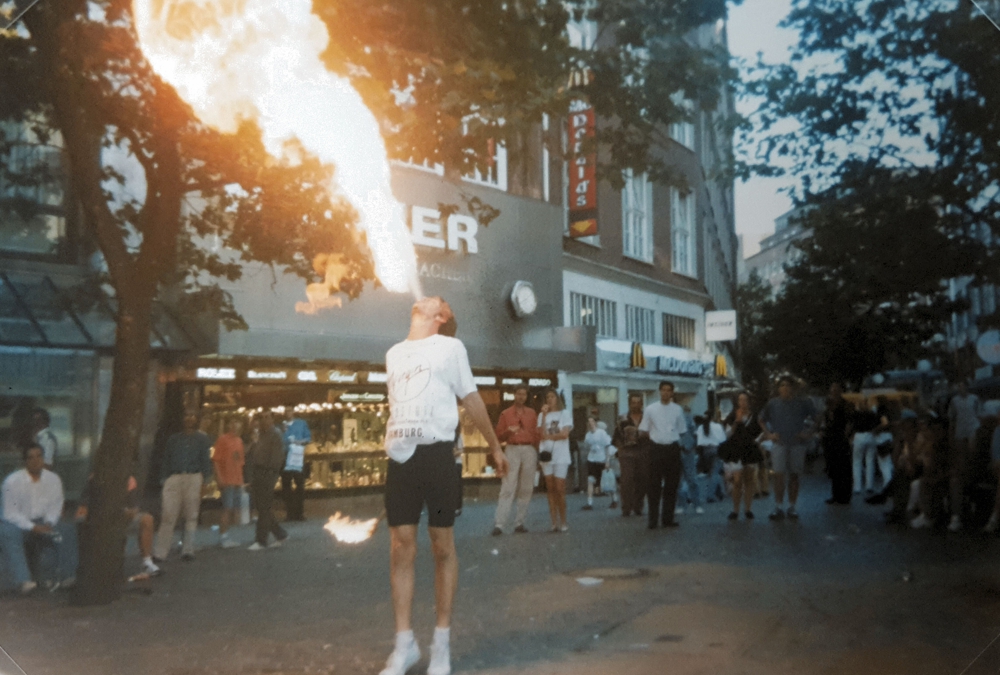 A fire-breathing Lutz in Hamburg, Germany, 1992 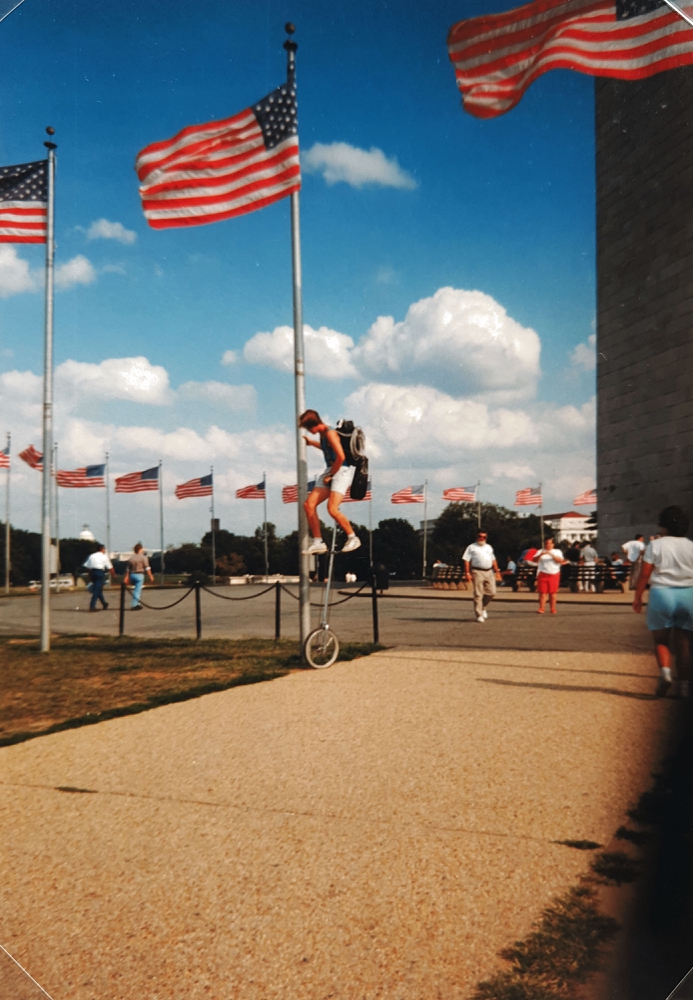 The Washington Monument gets a lesson on unicycling, 1992 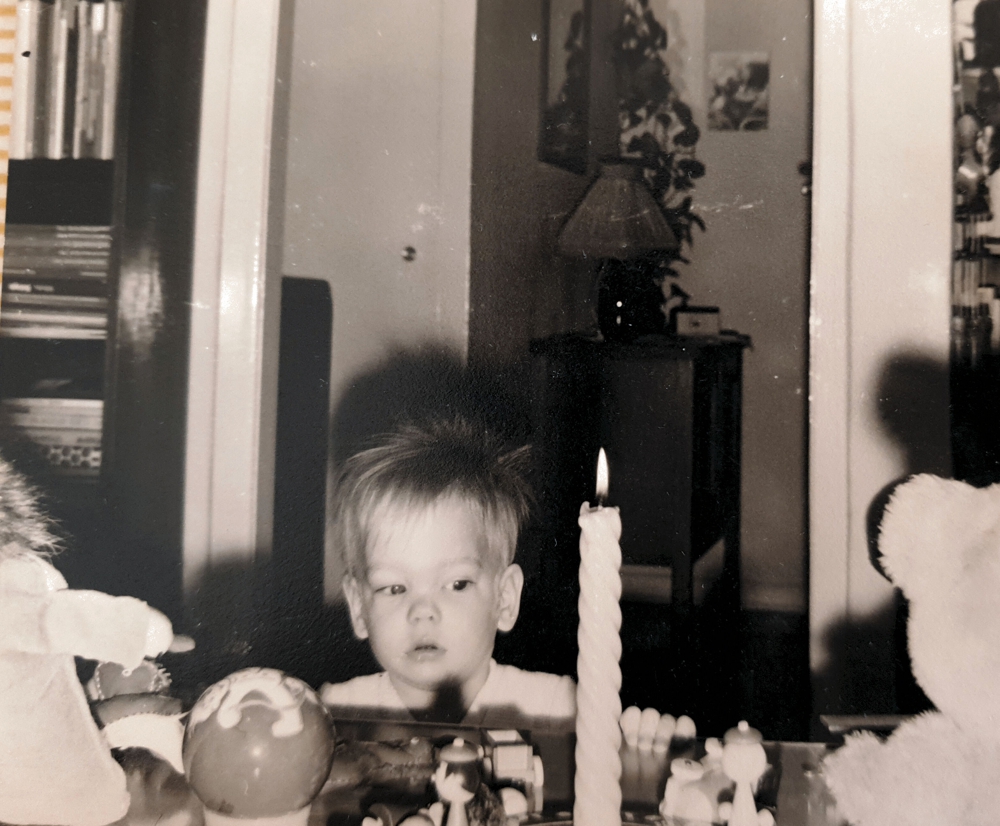 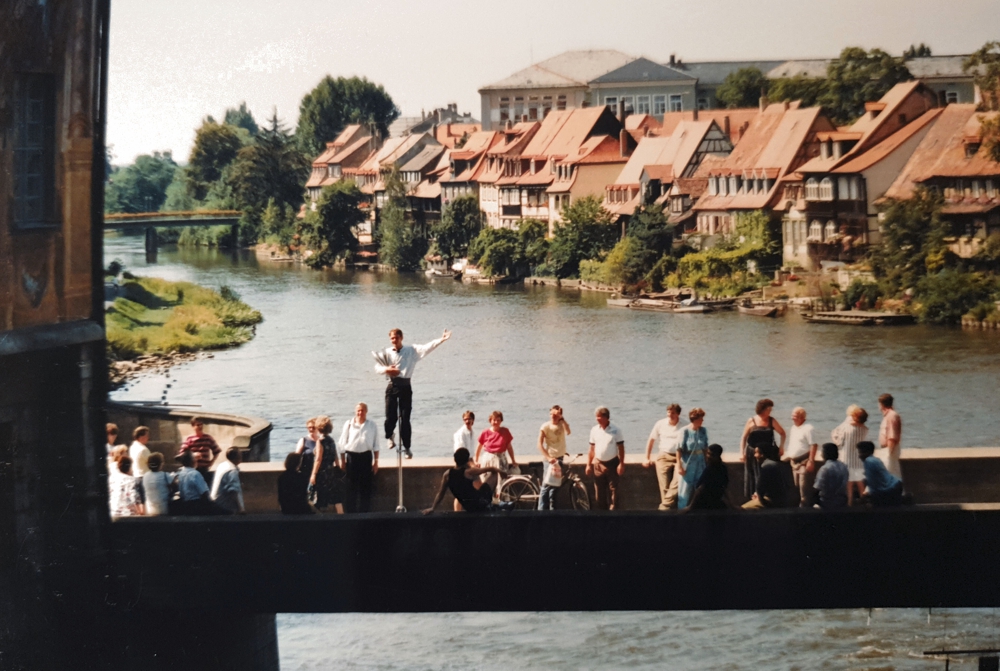 Entertaining from atop a bridge in Bamberg, Germany, 1992 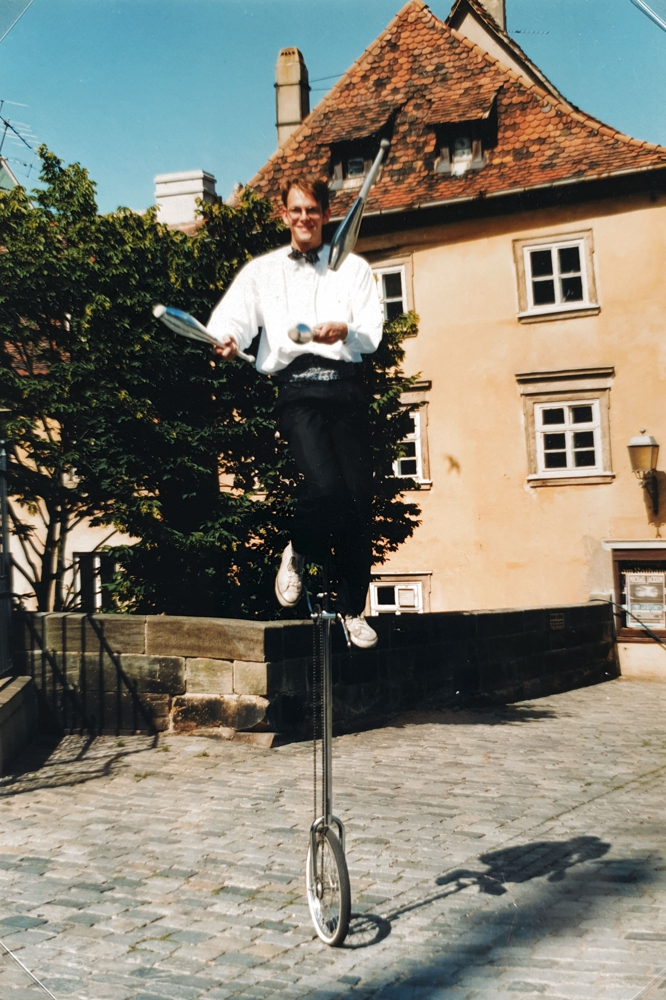 Juggling on a unicycle in Bamberg, Germany, 1992 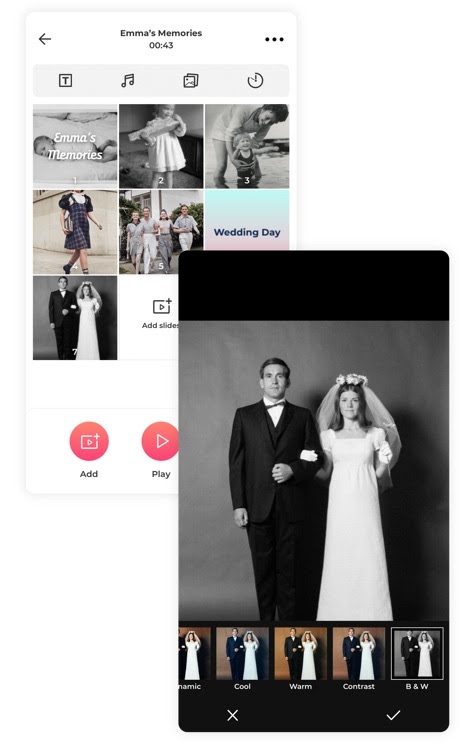 Want to be featured in a Photomyner Close-Up post? We’d love to know how you use the Photomyne app, what memories it helped you re-discover, and what you do with the photos you scan. Drop us an email at support@photomyne.com with your story and favorite Photomyne photo, and maybe you too will be featured!