In this Photomyner Close-Up post we’d like to introduce Tom van den Born from The Hague, the Netherlands. Tom enjoys travel, cooking, photography and reading.

We had the best time talking with Tom about his experience with the Photomyne app. This post is based on a survey interview we had with him which he was so kind to take part in. Hopefully you will, too, benefit from the insights, experiences and tips Tom has to share.

The easier-than-expected task of scanning 100 photos

Question: Hello Tom, it’s a pleasure to meet you and talk to you about Photomyne. Before diving into your use of the app, do you mind sharing if you had done any photo scanning in the past, before using the Photomyne app? And if so, what was that experience like?

Answer: Yes, I sent some old photographs to a digitization service here in the Netherlands.

Question: And how many old photographs do you have in total, that you wish to digitize?

Answer: I had approximately 100 scattered photos from different times and places. But each one meant the world to me.

Question: So how do you use the Photomyne app? What’s your method?

Answer: The technique that works best for me is quite simple: I do my scanning in the early morning — that’s when the light is just right. And I do this in front of a window (preferably on a clear day). This helps me minimize any glares or shadows in my scans.

Passing on wonderful memories to friends and family

Question: We’re curious to know; what do you especially like about the Photomyne app?

Answer: I love how the app revives old (and often neglected) photograph memories. It gives me so much pleasure to be the person who not only revives these old memories, but who also forwards them to friends and family. It’s so easy and quick to use, especially for a DIY person like me.

I have many photos from the past which I got from my parents and family relatives (who are now deceased). All that’s needed is to scan these photos, access them on the Photomyne portal or share them with whoever I wish.

Question: We’d love to know what you do with the photos you scanned with Photomyne. Can you share with us?

Answer: I keep the now-digital photo albums on my mobile devices and computer. Every now and then I’ll forward an especially compelling photo to a friend or family member. I also use these scanned photos for birthday or other events with greeting cards. And more importantly for myself, I also upload the photos to my online family tree. Occasionally I’ll also send a photo or two to a local newspaper here in the Netherlands. Sometimes they’ll publish my story…

“It’s so easy and quick to use, especially for a DIY person like me.”

Question: So now that you’ve played with the app for a while, what’s the added value you feel you got from Photomyne, compared to previous scanning methods you tried?

Answer: It’s pretty straight forward; Photomyne makes scanning old photos a fast and easy process -regardless of how many you have- and you can do it all by yourself. Another point I’d like to mention here as an added value is Photomyne’s customer support — it’s always speedy and effective.

Friends amazed by the app

Question: When you share photos you scanned with Photomyne, with family members or friends, what sort of reactions do you get?

Answer: Friends and family are amazed by how easy it is to revive old photographs. I just do a quick ‘hands-on presentation’ with one or two of their photos, and show them how quickly the process is from start to finish.

When we asked Tom to share his favorite photos scanned with Photomyne, here are the ones he chose, along with the stories behind these memories: 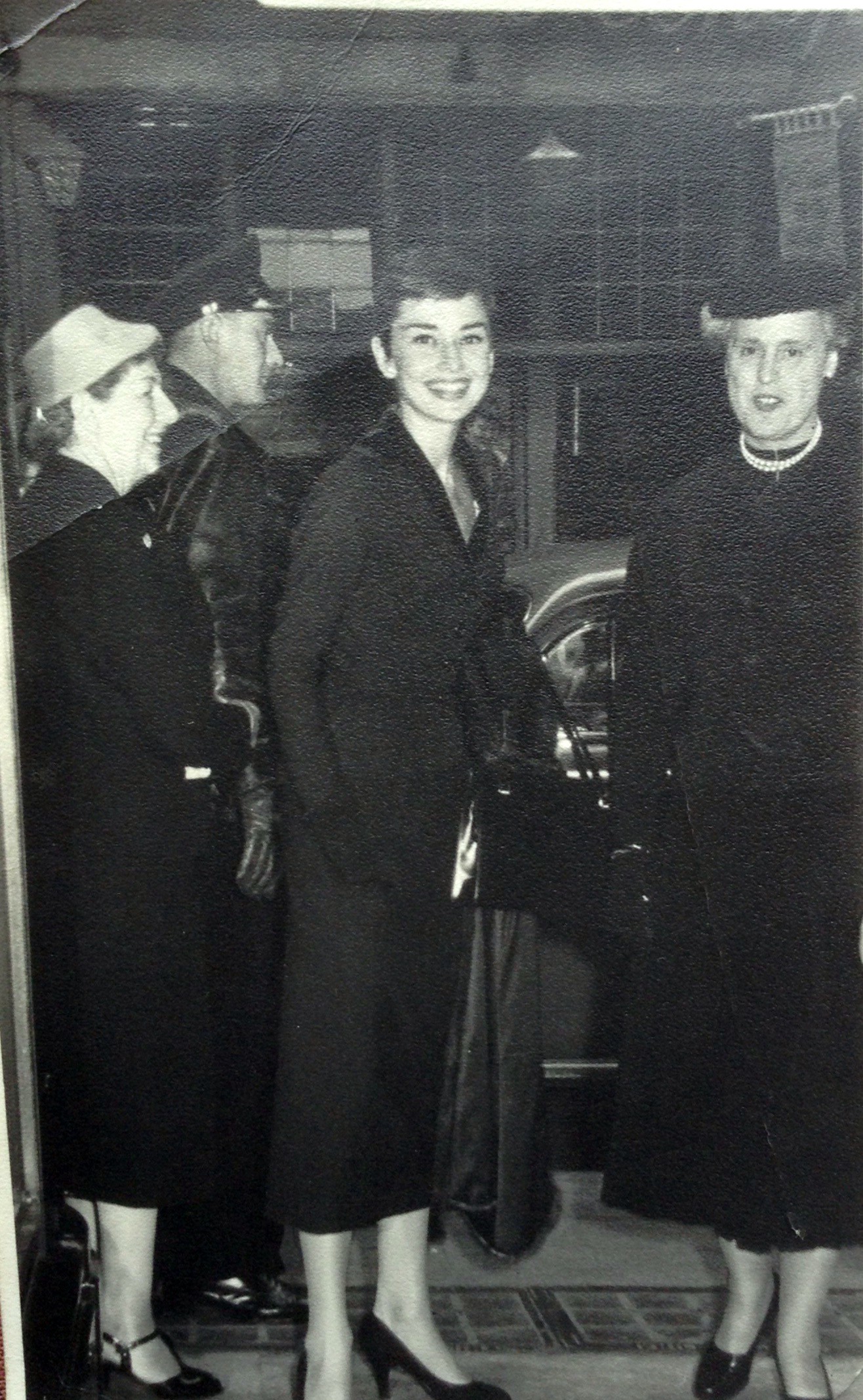 The story behind this photo: “I took this picture myself in the early 60’s using a Kodak Clack camera which I got for Christmas from my parents. The picture was taken in The Hague, the Netherlands. Hepburn was staying at the Hotel de Wittebrug and I was waiting outside for half a day just to take this picture. Back then I was in my early 20’s, and a huge fan of Audrey (if not in love with her)… As you can see, she was more than willing to give me a chance to snap this shot, and posed a few long seconds to allow me to capture this unforgettable memory. I also dropped a note in the taxi car asking Audrey for a signature, which she sent me a few weeks later.” 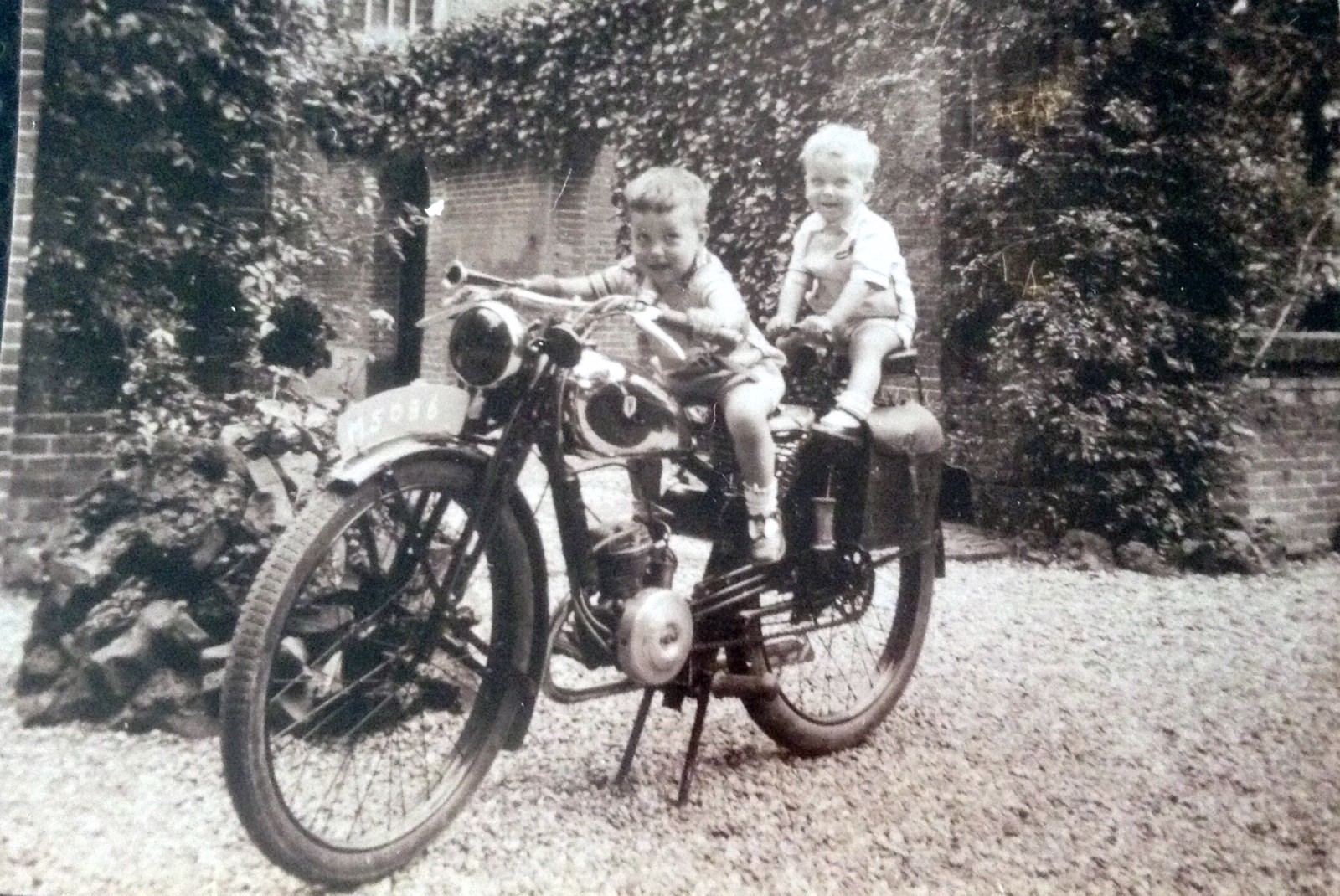 Tom and his older brother in the summer of 1940, the Netherlands

The story behind this photo: “Here’s me (boy in the back) and my older brother on my dad’s motorbike. This photograph was taken during the summer of 1940 in the village of Bemmel in the Netherlands. My dad used to stash his motorbike in a barn of hay so the Germans wouldn’t confiscate it...” 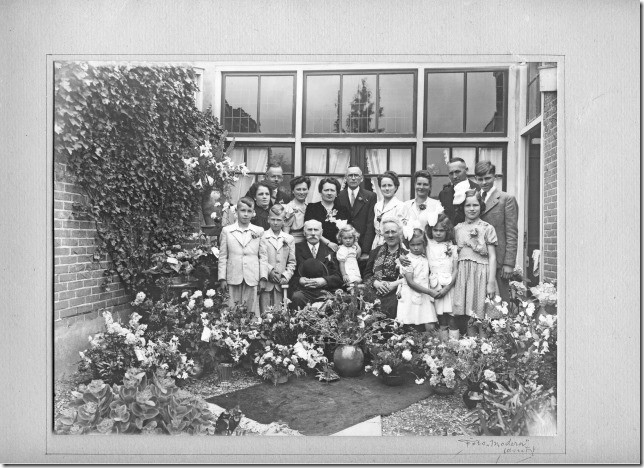 The story behind this photo: “This remarkable photo was taken during the silver wedding of my grandparents in Utrecht, the Netherlands. I love this photo because it shows my entire family at the time (late 1940’s).” 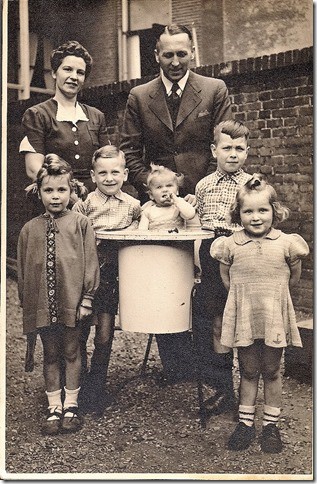 This photo by Tom is of his family in the late 40’s. Tom is the boy second from the left (with the biggest smile).

We’d like to thank Tom for sharing his stories, favorite memories and cherished photos. We are always amazed to learn how different people use the app and take away from it different things.

Want to be featured in a Photomyner Close-Up post? We’d love to know how you use the Photomyne app, what memories it helps you re-discover, and what you do with the photos you scan. Drop us an email at support@photomyne.com with your story and favorite Photomyne photo, and maybe you too will be featured!