If you’d like to see all of your photos outside of the app, use the QR to access your photos online for actions like downloading them all at once.

As exciting as it is to scan decades of memories with the Photomyne app, the Photomyne experience exists beyond your phone too. With the all-new QR code, you can quickly access your photos through the Photomyne website and use many of its features, including downloading your entire scanned photo collection.

The Photomyne website is your gateway into your Photomyne photos via a computer. Here’s how to easily access it through the QR code. 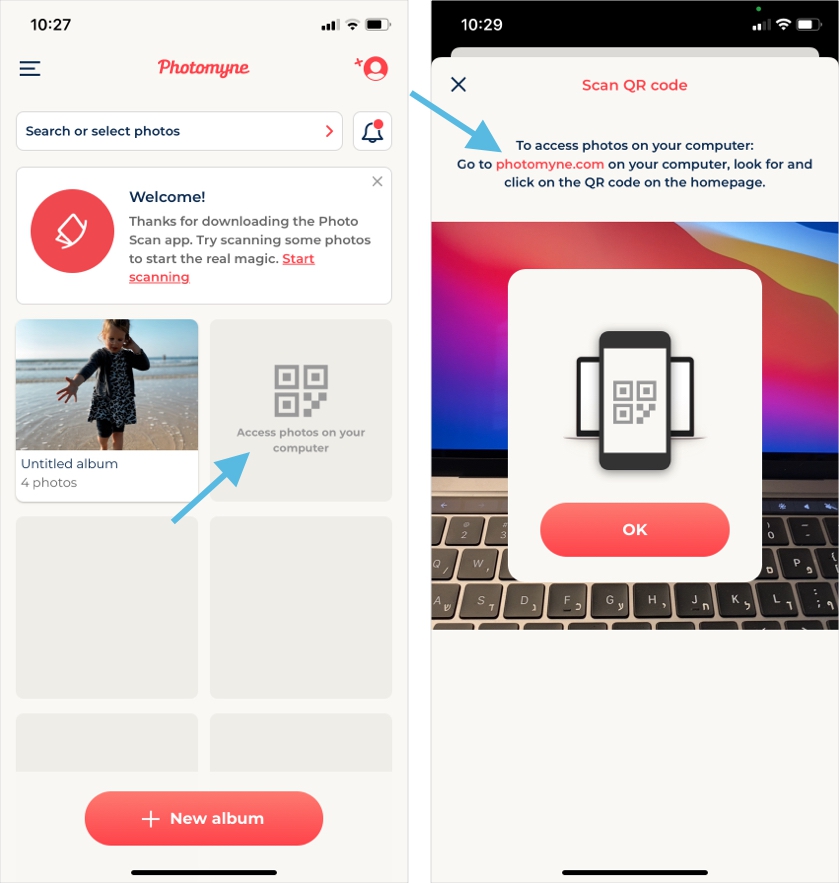 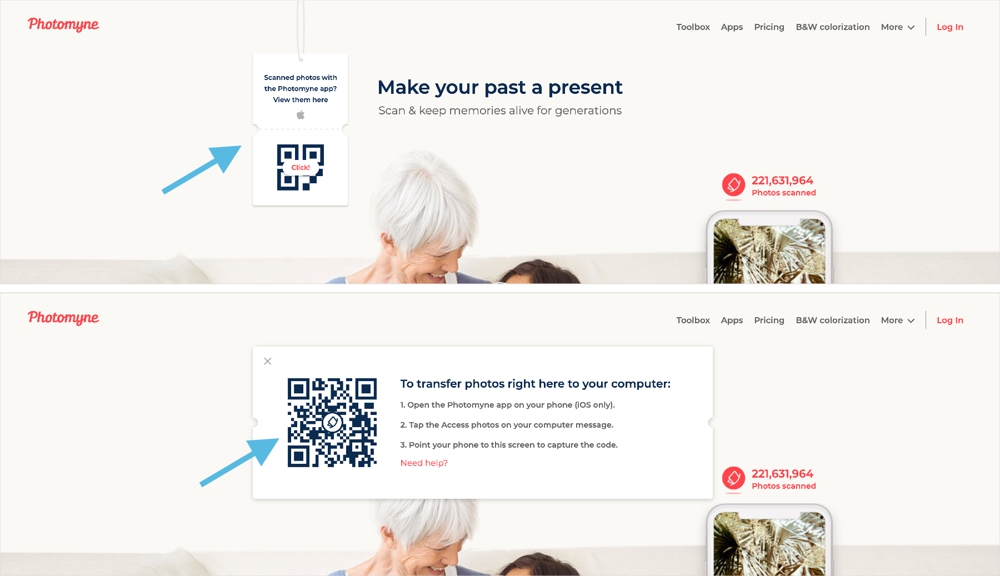 Once online, you can view your photos. Photomyne account holders will also have access to many of the app's great features such as managing and editing photos or albums, and downloading all of their scanned photos at once.

Please note: Using the QR Scanner to access photos online is only available for iOS app versions 19.5 and 19.6, and Android app version 18.4. Just update the Photomyne app today so you are up-to-date.

Downloading all your photos (with your added details too!)

Once you’ve accessed your account online you’ll have plenty of photo management options similar to those within the app. Moving photos between albums, adding new albums, editing photos, and adding details are just a few of the features found online.

Fortunately, we heard your requests and added one specific feature that you asked for - the option to download all of your scanned photos at once!

That’s just the beginning. Not only can you download all of your photos in one fell swoop, but they’ll be saved with the details you painstakingly added to them too. Those details will save as a text file with the same name as its photo. Plus, if you scanned the back of a photo or recorded an audio file, they will be saved too. All of this with just the click of your mouse. 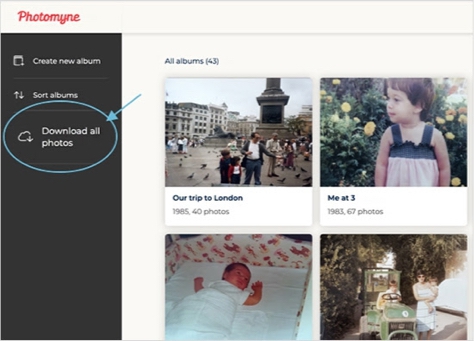 Now your photos will be saved locally for you to back up on a computer or a hard drive, share, and enjoy with every detail by their side.

Have any questions or feedback about these changes or the app itself? Drop us an email at support@photomyne.com.