'Explained' is back to talk turkey and everything else stuffed inside the greatest holiday of all, Thanksgiving.

If you look in your rearview mirror, you might be able to catch that last glimmer of sunshine from summer. Now that the air has transitioned from crisp to chilly, or even (gasp) cold, and the leaves have begun to trickle down, we can finally rejoice in the arrival of the greatest holiday of all - Thanksgiving.

So what is it that truly drives the magic of Thanksgiving? There's no simple answer since it's the aggregate of its elements that come together for such a celebration. They are the ingredients not only for a successful meal but for a perfect day. Together, they are the pillars of a holiday unlike any other.

The following photos are more than a snapshot into the fourth Thursday of November. They explain Thanksgiving. 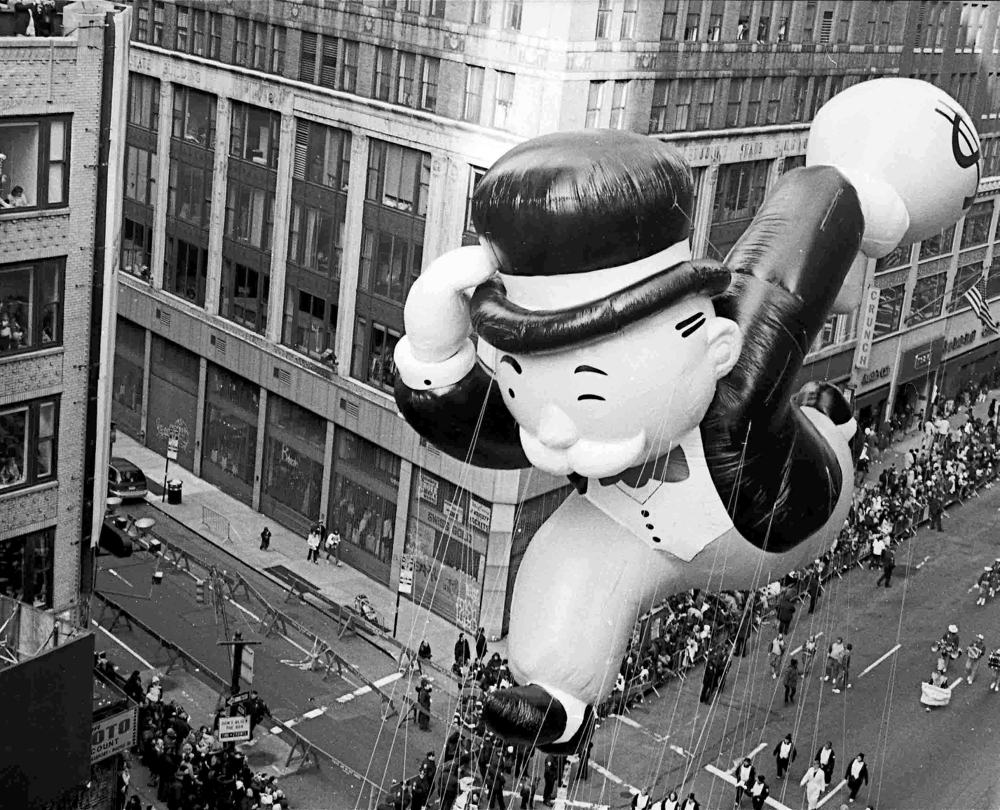 Uncle Penny balloon at the parade - photo via Flickr

Macy's might be more synonymous with Thanksgiving than it is shopping. Nothing kicks off a day of festivities like skyscraper-sized Disney balloons and thousands of people on 6th Avenue. 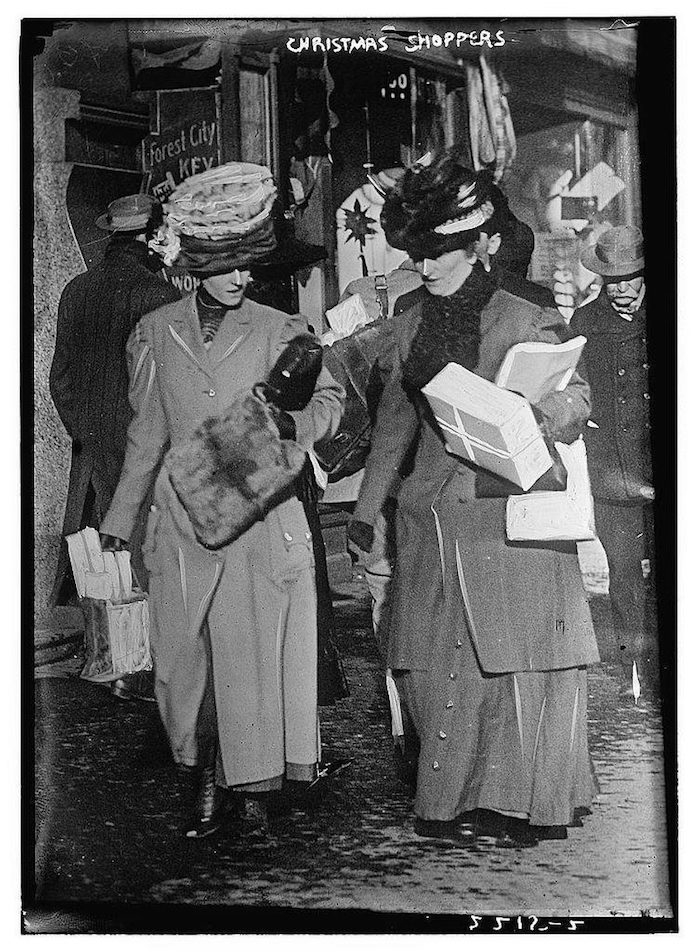 Photo from The Library of Congress via Wikimedia Commons

Once upon a time, the mall was your only friend on Black Friday. Today, you don't even need to wait till midnight as the Black Friday deals have already started to roll in. What a world we live in. 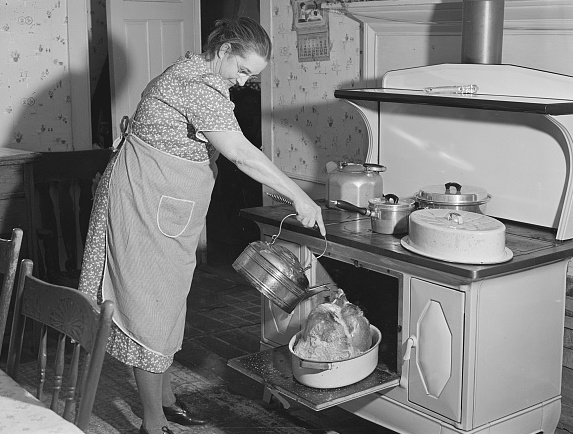 Did Thanksgiving even happen if you didn't have turkey at your table?

Give a little bit 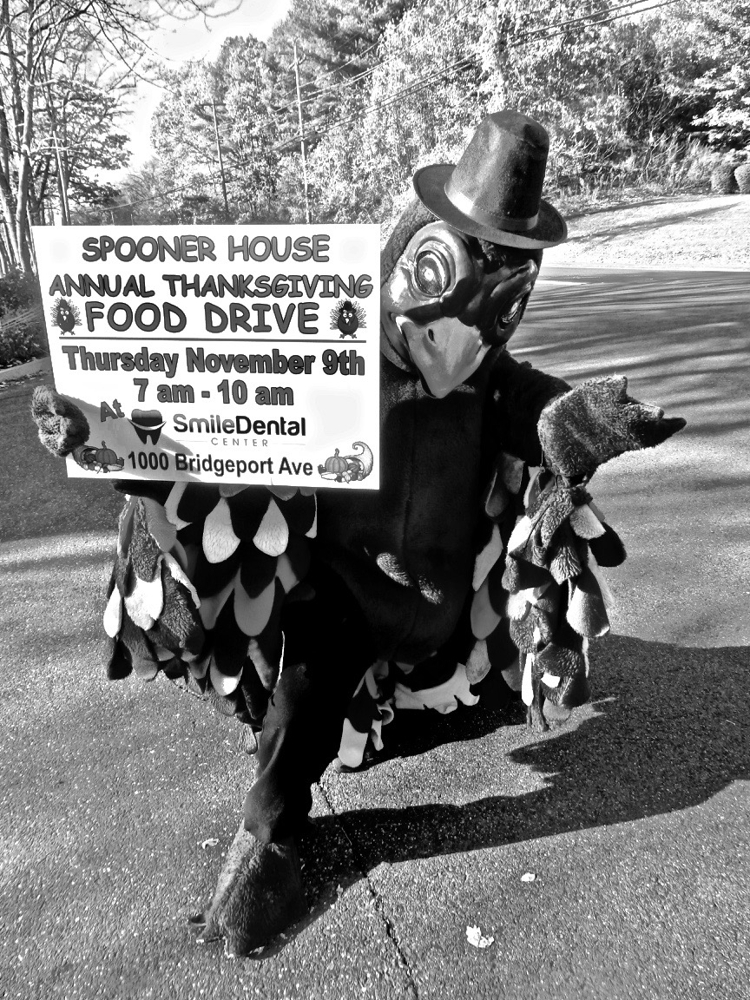 While you can be thankful for what you have, never forget there are plenty of others that would be grateful for your help. The season of giving doesn't need to wait till Christmas. 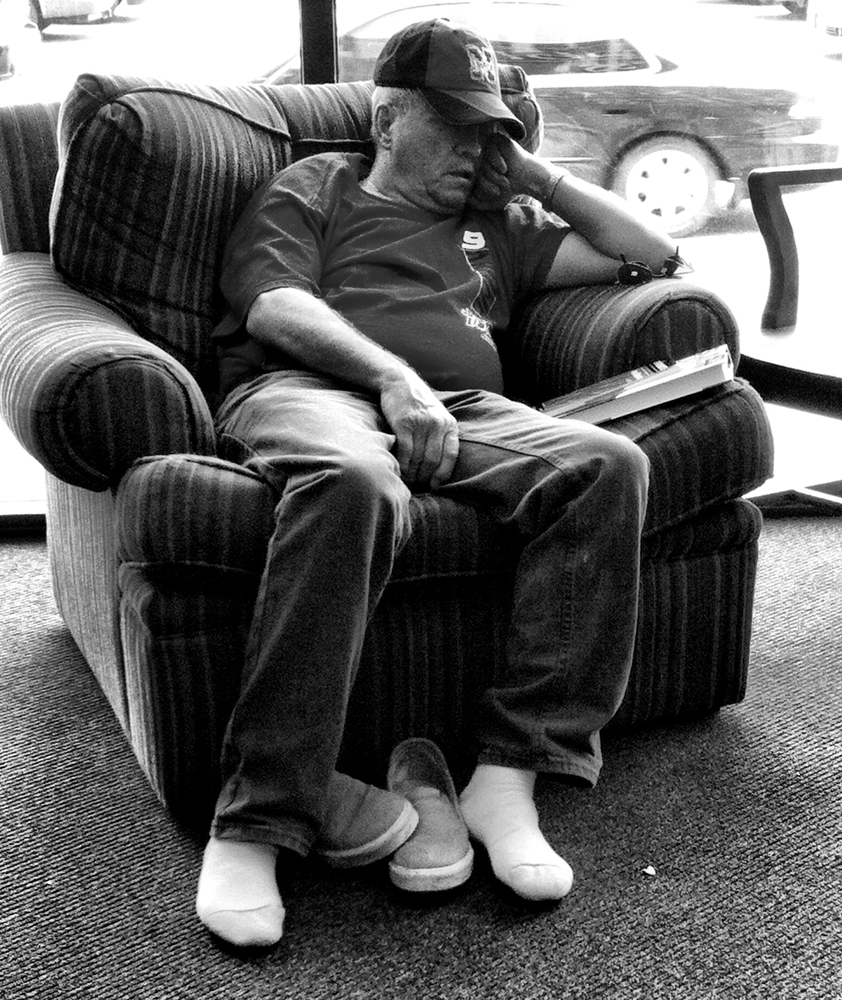 After enough eating enough tryptophan to tranquilize an elephant, the couch calls your name. Nobody can resist that after-dinner nap. 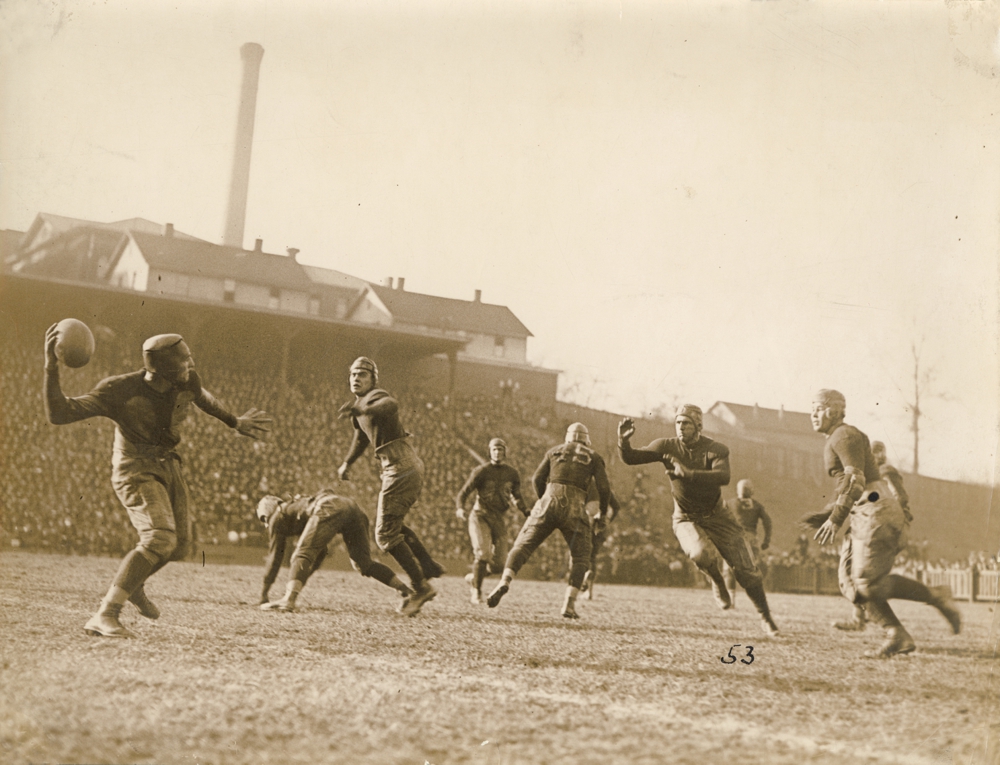 Did you know that football and Thanksgiving have been intertwined since the early days of the game, even pre-dating the NFL?

The most wonderful time of the year 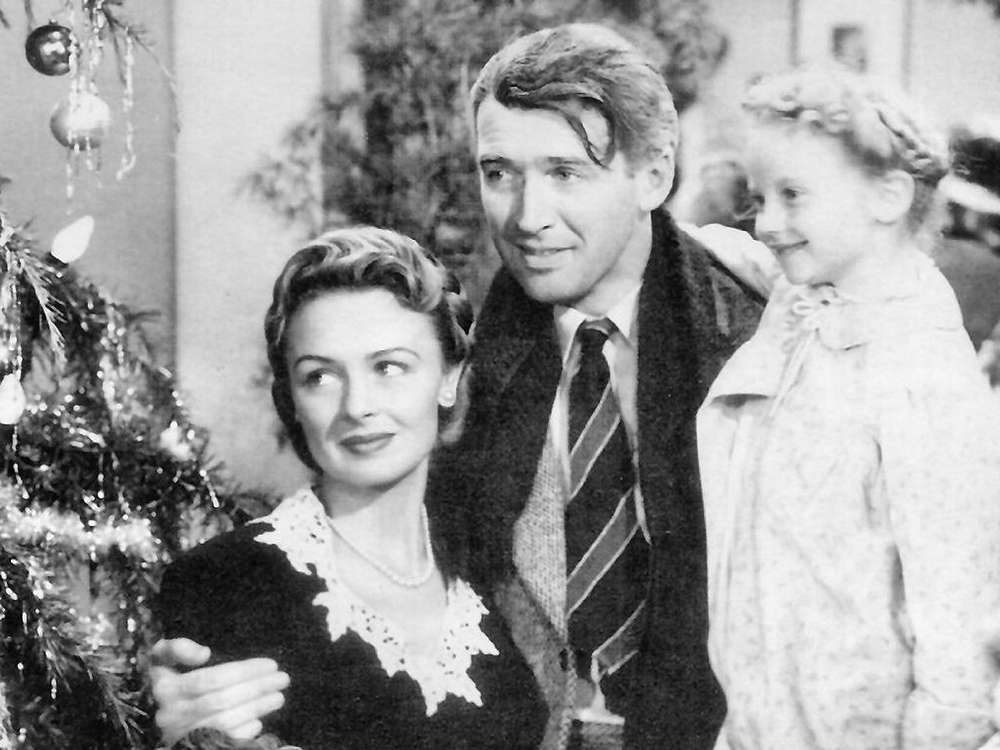 Are you really going to watch the Detroit Lions play when Christmas movie marathons are showing on every other TV channel? Everyone deserves to watch Home Alone or argue if Die Hard is a Christmas movie after their meal. 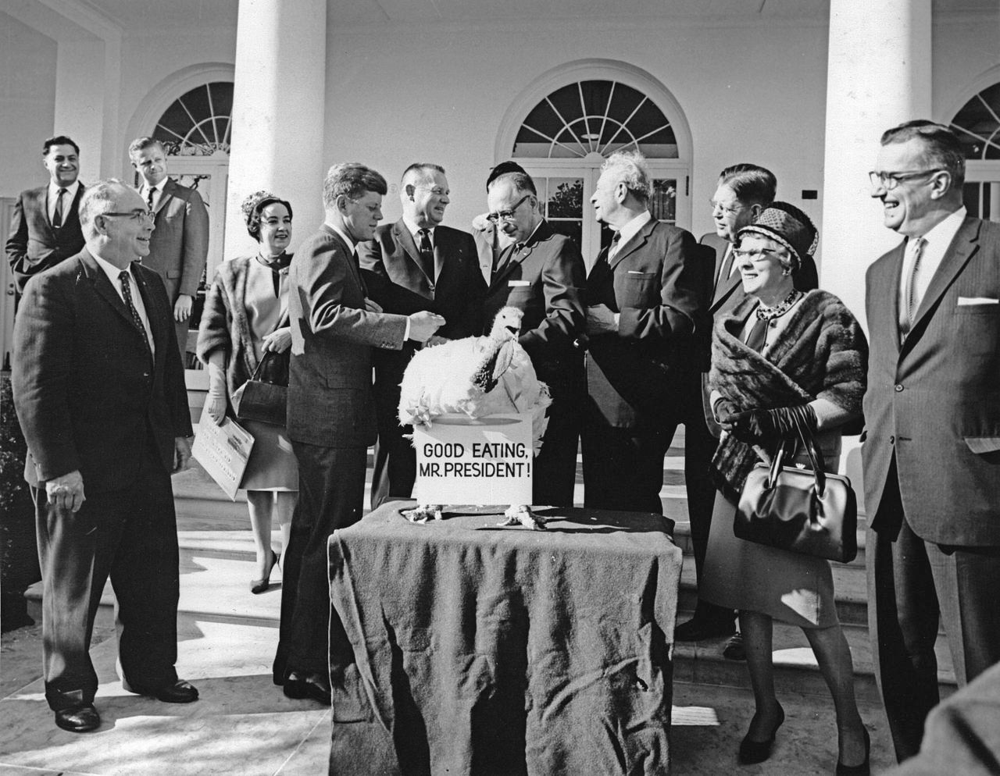 President John F. Kennedy pardons a turkey at the White House in 1963 - photo by Abbie Rowe via Wikimedia Commons

It takes a yearly presidential pardon to keep people away from a turkey or two each year. The lucky turkeys subsequently retire and live their days out on a farm.

Pie me to the moon 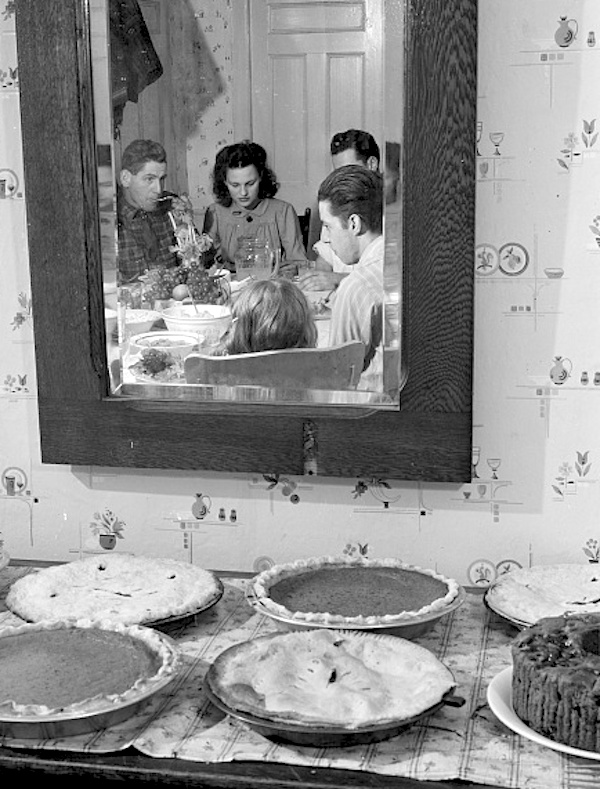 Plenty of traditional sides could accompany the main event, but no meal is complete without every pie imaginable. Shout-out to pecan pie, the holder of the pie championship belt for eternity. 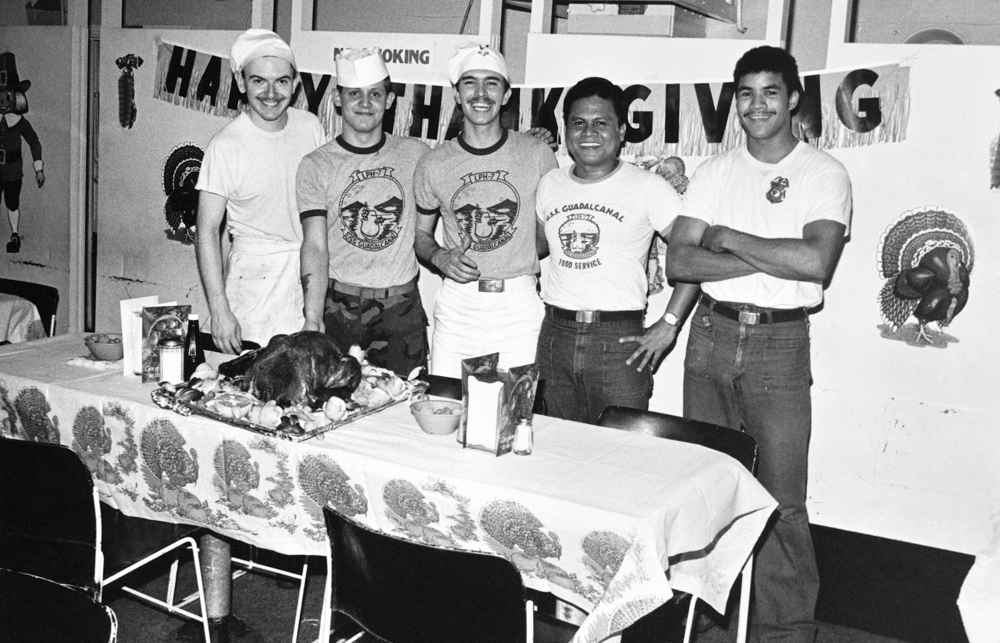 Thanksgiving has always been about who you're with. Gathering your friends before or on the big day is your choice. Just remember to be thankful for them too. 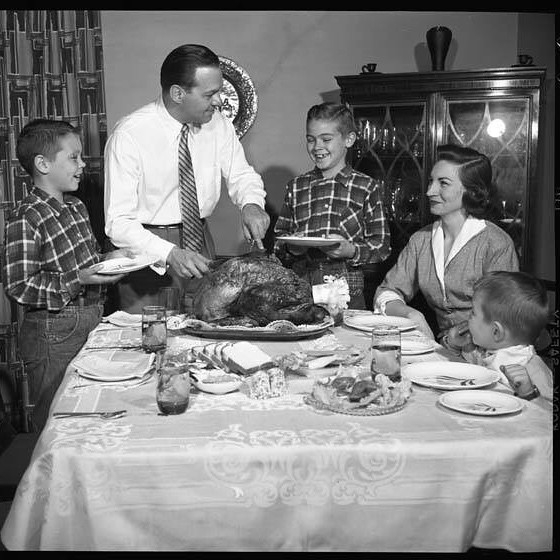 Family. For family, being thankful just isn't enough. This Thanksgiving, remember how special it is to be a part of something greater than yourself. When all you and all your relatives come together, let bygones be bygones so you can live the day as if it's your last - and treat your belly accordingly.