Our daily wink to the past will have you nodding along nostalgically through the week. 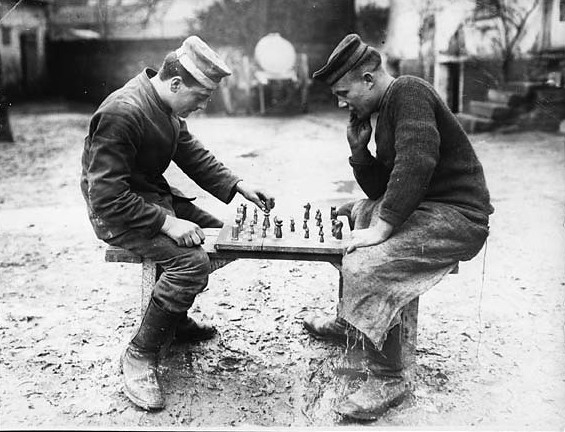 Even the most casual chess player knows how important those first moves are to taking home the crown (or taking your opponent's out). 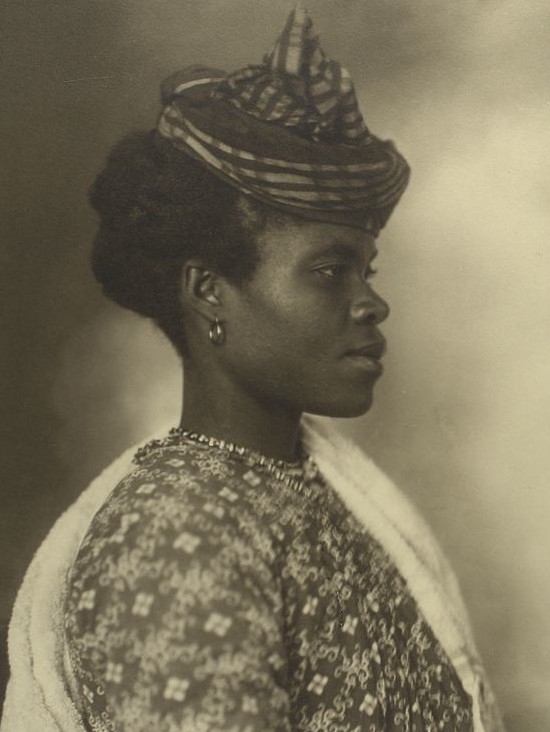 Before social networks overran our lives, a 'profile pic' had quite a different meaning. In which decade was this Guadelupean woman photographed in all her glamour? 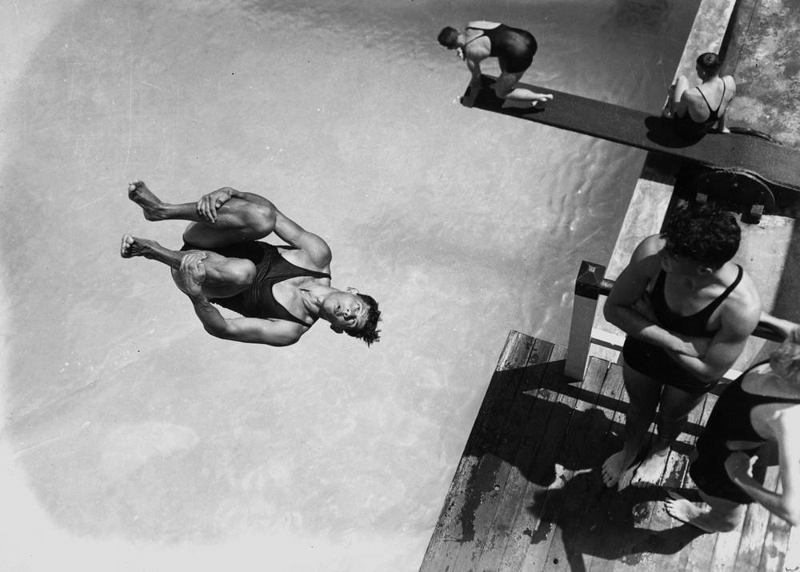 What an action shot of this young diver! The diver on the lower board better wait his turn. 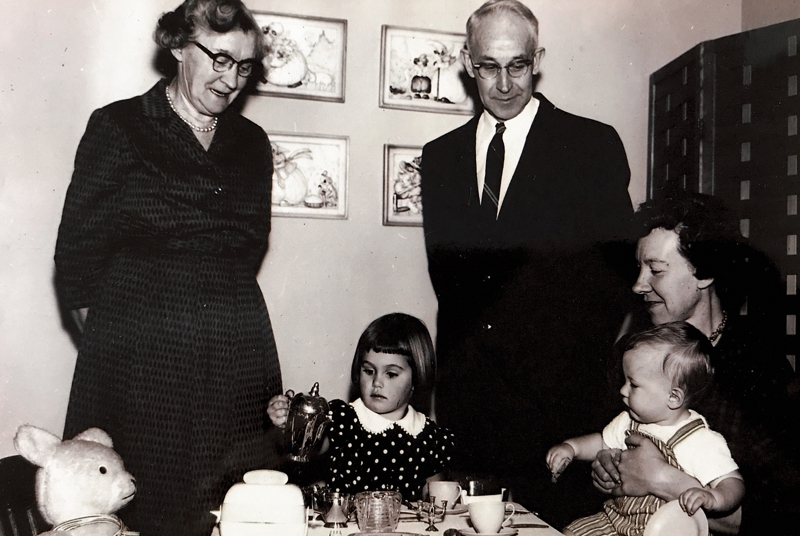 "I’m thinking the photo was taken in 1960. My grandparents had made the trip down to Chico, California to visit my family. In this photo, you see Ruth, Rad, my brother (John), mom (Lucie), and me at a special “tea party” that was hosted by a local charity that my family was involved with and supported. We were lucky to have a professional photographer take this picture. I came across it when I was redecorating our home around 10 years ago and had it enlarged and framed to display in my home. I knew it was a “must” to include with Photomyne. It certainly reminds me of positive and happy times in our lives."