How to cancel your Photomyne subscription

Want to stop your Photomyne account and its future charges? Here's how.

Subscription cancellation on an iOS device

If you initially subscribed to a Photomyne account through the app (in an in-app purchase), it will be listed under your active App Store subscriptions. Here's how to see it and cancel it:

1. Open the App Store app on the iOS device you have Photomyne installed on. Then tap the profile icon on the top-right.

2. Next, look for the Subscriptions on the list. Tap that to continue. 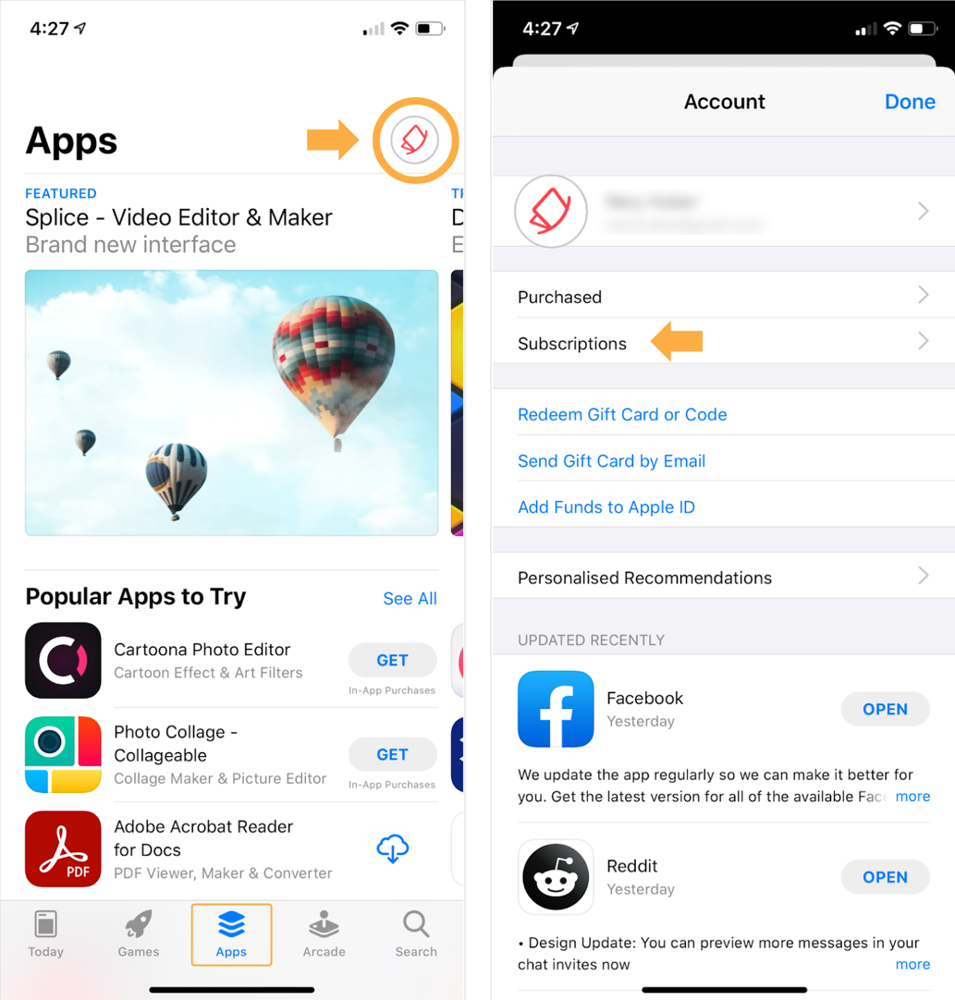 3. Under the 'Active' section, look for the subscription by Photo scan by Photomyne. Tap it.

4. Now you'll see the ‘Photo Scan by Photomyne’ subscription screen. It will list the different subscription options, including an option to Cancel the subscription. Tap that and you're all done. 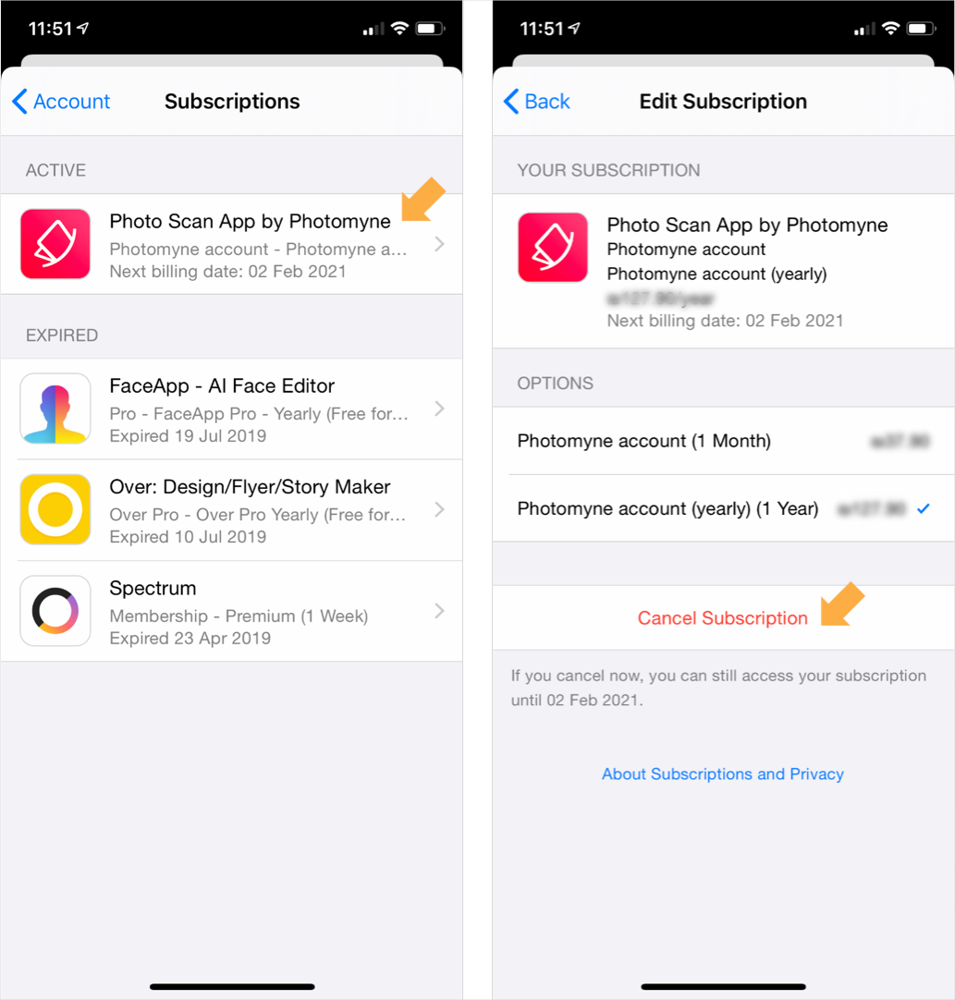 Subscription cancellation on an Android device

All in-app subscriptions on Android devices need to be managed and canceled through your Google Play account. Subscriptions are linked to your Google Account, not to your device.

1. Open the Google Play Store on the Android device you have Photomyne installed on. Then open the menu (Icon of three straight lines, located in the top left).

2. Next, look for the Subscriptions list item. Tap that to continue.

3. Look for Photo Scan App by Photomyne subscription and tap it.

4. Now you’re inside the Photo Scan App by Photomyne subscription screen. Scroll down until you will see an option to Cancel the subscription. Tap that and you're all done.

1. Open the Photo Scan app by Photomyne on your phone.

3. Point your phone to this screen to capture the code.