What's so special about scanning photos with Photomyne

Here's a quick explanation of what you stand to gain by using Photomyne's Photo Scanner app, and how it offers so much more than what your phone's built-in camera does.

What's so special about Photomyne

Sure, you can use your phone's camera to scan and crop photos. But if you have lots of old analog photos you're looking to digitize, you'll quickly find that using your phone for this purpose is an energy and time-consuming ordeal.

Here's what the app can do for you, which your phone alone CAN'T:

Photo Scanner by Photomyne (free and paid versions) is the only photo scanning app that makes it possible to scan multiple photos in a single shot. Scan entire album pages without having to take out photos from the album page or remove the sleeve protectors. Just point and shoot! You can also scan any batch of up to 4 photos at a time (perfect for scattered paper photos on a table). 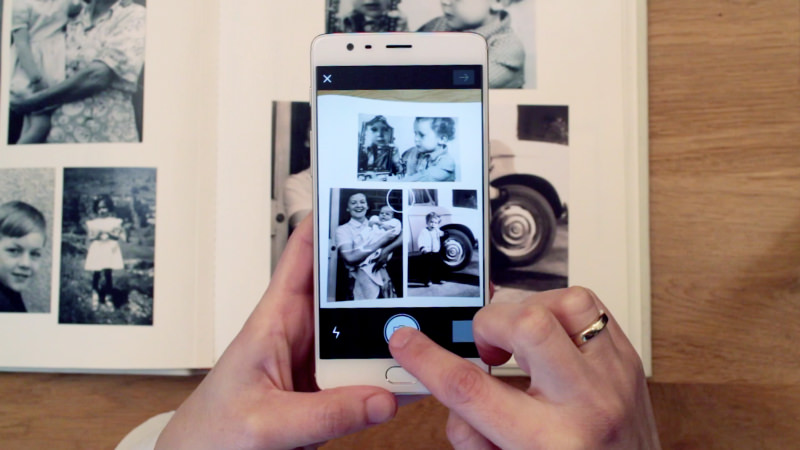 Once you scan, the app will auto-detect and auto-crop your photos for you. As soon as you're done scanning, the app will save these into an album. Can a flatbed scanner do that? No, of course not.

Photo Scanner by Photomyne was built to make the scanning process as seamless as possible thanks to its patented AI-based scanning algorithm, and to save you time and money without compromising on the quality of photos.

Remember that even after the album is saved, you can then always re-visit the original scans and correct the cropping to suit your taste.

No need to stress about keeping photos or albums neatly arranged on a table when you scan with Photomyne; the app's scanning feature is smart enough to straighten any tilted photos, and will also auto-correct any faded colors in the scanning process.

The scanner's auto-cropping, auto-correcting and photo straightening powers, plus more of the Photomyne magic...

3. Curate your collection as you wish:

Once you're done creating an album, you can manually add details to each photo including the year it was taken, the location, people in the photo, and a description. That way, you'll never forget your memories.

After you've added dates to the photos, you can then sort your albums by album date, album name, and date scanned, among other options.

Photomyne subscribers get the extra benefit of choosing between three sorting options. The default option is still by Album date, however subscribers can also choose to sort albums by album creation date (Album created) and Album title. 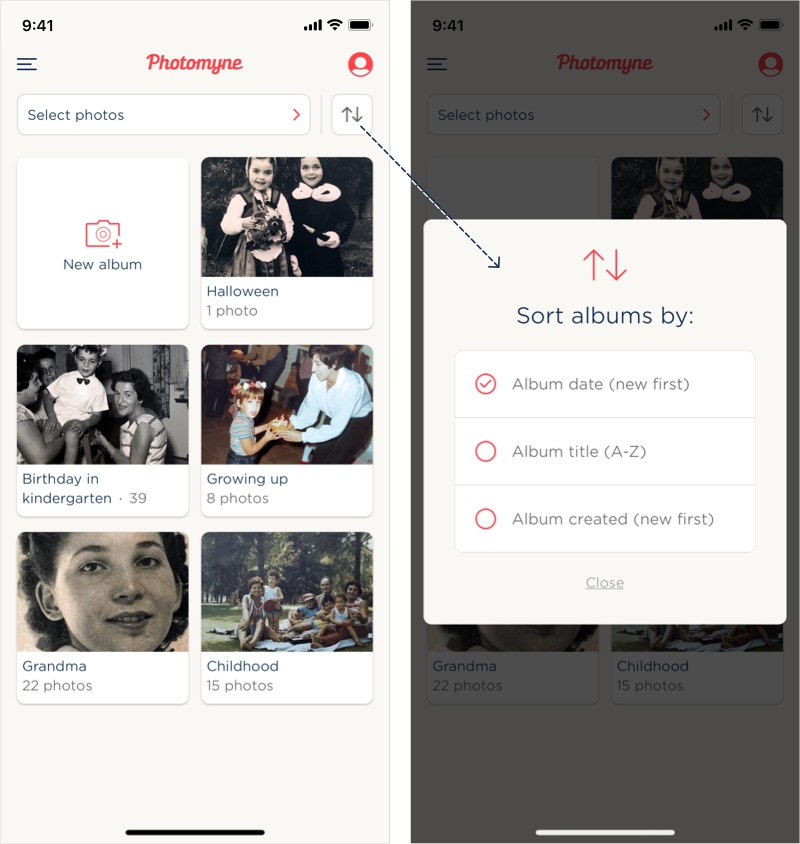 Photomyne subscribers will have these options available for album sorting.

Back up all your old photos

Photomyne account subscribers also enjoy unlimited photo backup on the Photomyne cloud. Why is this important? Although there are cloud backup services available such as iCloud, Dropbox and Google Photos, these won't be able to back up your photos with the details you added to them on Photomyne (description, location, names, etc.).

Furthermore, Photomyne's cloud backup not only saves your cropped photos, but also the original scan shots you took.

It's not enough to just scan and save your photos when you can do so much more with them. Once your photos are safely saved in albums, you can create slideshows and photo collages for every occasion - birthdays, weddings, etc. - and also just for fun.

In addition, Photomyne offers the unique option to colorize your B&W photos. Your old photos will look unlike you've ever seen them.

These resources are at your fingertips so you can create and then share your memories your way however and whenever you want.

Colorizing Black-and-White photos - it's instant and it's magical

Bottom line: Using your phone alone to scan photos will take you A LOT of time, and you'll have to do edits yourself.

Want to learn more about Photomyne? Check out our press page to read what big tech publications thought of the app.

This page was last updated in January 2020 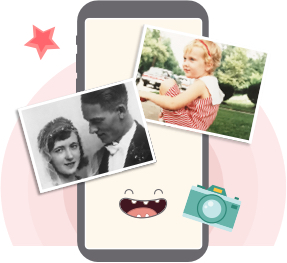